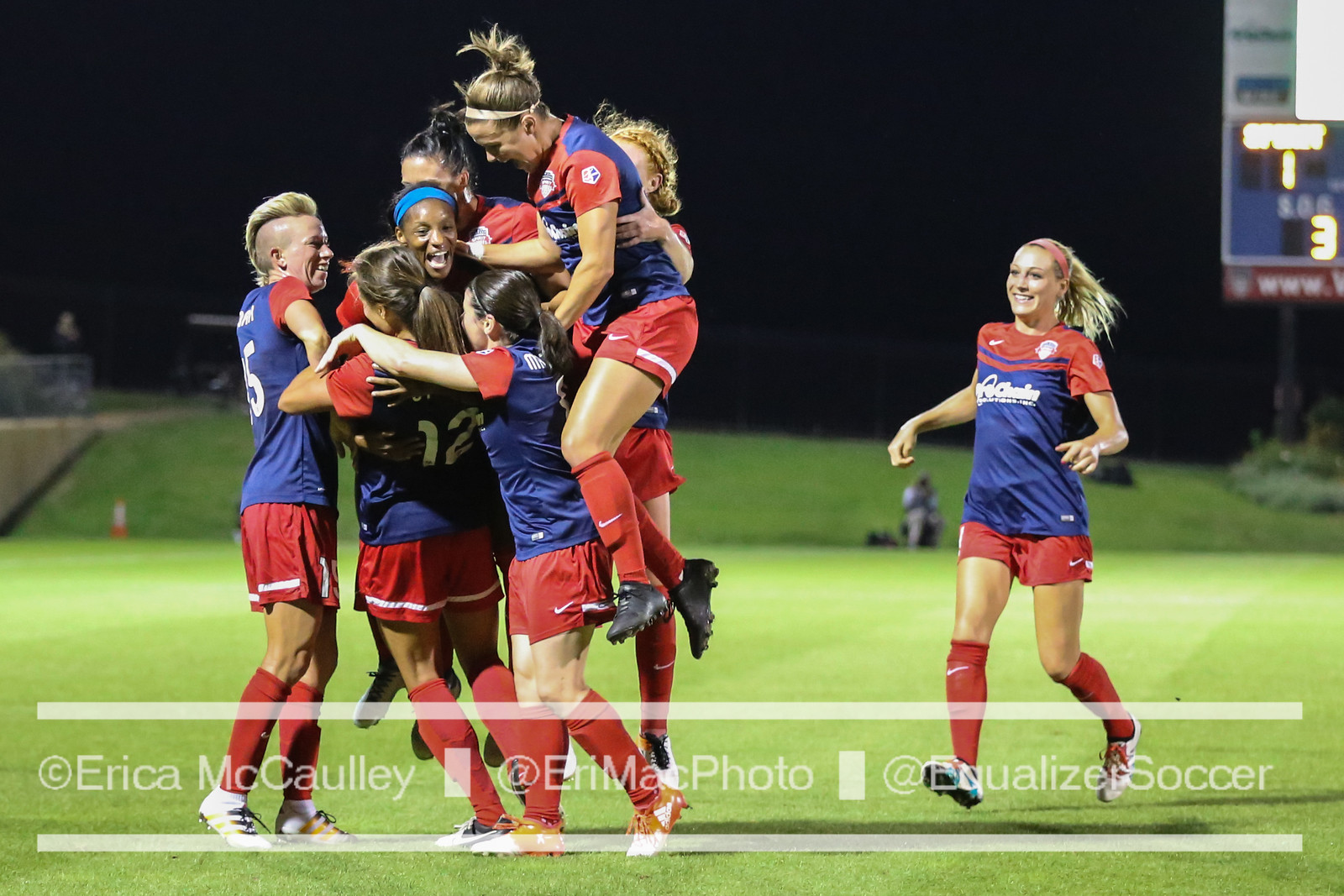 BOYDS, Md. — The Washington Spirit became the first team to clinch a spot in the 2016 NWSL playoffs with a 1-1 draw with the Western New York Flash on Saturday at the Maryland SoccerPlex. Although not the result either team wanted after leading late, the draw does secure the Spirit at the top of the table and joins them with FC Kansas City as the only two teams to make three consecutive NWSL playoffs.

Saturday night’s match remained scoreless in the first half, despite a handful of shots on goal by the Flash. Despite the stronger attack coming from the Western New York side for most of the game, the Spirit was the first to get on the board courtesy of a Crystal Dunn-Katie Stengel connection. Dunn moved the ball down the right flank before sending in a through ball to Stengel as Flash goalkeeper Sabrina D’Angelo came charging off her line to stuff it. Stengel was able to out maneuver D’Angelo and fire off a shot that went into the corner of the net.

After Stengel’s goal, both Jim Gabarra and Paul Riley implemented substitutions to change up their respective team’s formations. The Spirit subbed off a forward for a defender while the Flash did the exact opposite. However, the Spirit five-back was unable to keep the Flash off the board for long.

With less than 10 minutes left in the game, Western New York nearly scored off an Abby Dahlkemper corner kick, but Christine Nairn had a goal-line-clearing header to deny the Flash. As a number of Flash players contested the non-goal, play continued, and soon Samantha Mewis found herself with the ball at her feet in space. Her shot went just under a diving Kelsey Wys, who was unable to get enough of her arm on Mewis’s shot to keep her from tying up the score.

Despite strong pushes by both teams in the final minutes of the game, neither team could add to its goal total, and the match resulted in a draw. The Washington Spirit (11-3-3, 36 points) next takes on the Seattle Reign on Wednesday, in the teams’ first meeting this season. The Western New York Flash (8-5-4, 28 points) hits the road on Wednesday to take on regional rivals Boston Breakers in their own midweek match.