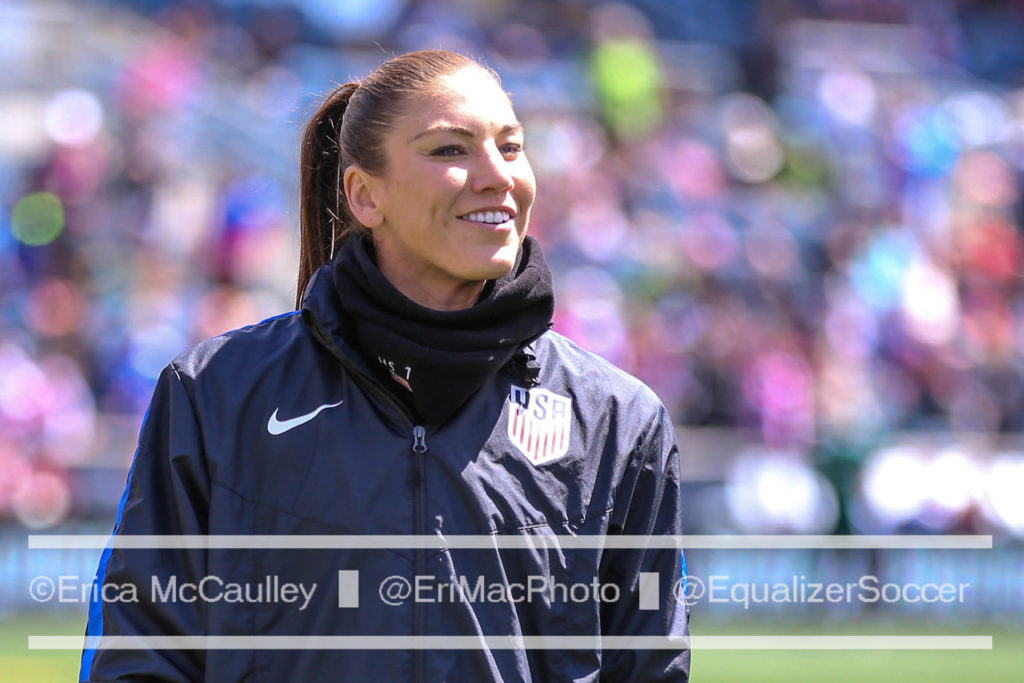 Hope Solo believes her six-month suspension from the United States women’s national team and subsequent contract termination has to do with ongoing labor negotiations between players and the U.S. Soccer Federation.

Speaking to a camera in the final episode of a documentary following her time before, during and after the Olympics, Solo reacts to last week’s news saying that she’s being forced out of the team by the federation.

Solo continued: “They’re going to use my comments as an excuse to get rid of me forever so that they don’t have to deal with such a strong voice in opposition to field conditions and playing conditions and pay and I’m just a thorn in their side and it’s time for them to cut their losses.”

Prior to the sit-down with the camera, Solo is seen distraught following her termination, delivered by U.S. coach Jill Ellis and U.S. Soccer CEO Dan Flynn in a Seattle-area hotel. “Seventeen f***ing years and it’s over!” she yells.

Last week, Solo was suspended for six months and had her contract terminated by U.S. Soccer for what the federation said is an accumulation of grievances. The federation’s decision came two weeks after Solo called Sweden “a bunch of cowards” after the U.S. fell to Sweden on penalty kicks in the Olympic quarterfinals. U.S. Soccer says the decision was about more than just the “cowards” comment.

Solo is one of five U.S. players who have headlined the fight for equal pay against U.S. Soccer. Megan Rapinoe, who has also been Solo’s club teammate with Seattle Reign FC for nearly four full NWSL seasons, is also one of those five.

Rapinoe on August 18 made the first public comments of U.S. players following Solo’s remarks, saying that she was “really disappointed” in Solo. But in the same documentary filming Solo, which follows Solo, Rapinoe and Crystal Dunn through the Olympics, Rapinoe expresses in a one-on-one with the camera her disappointment with U.S. Soccer’s punishment of Solo and suggests that the labor negotiations could be a factor.

“I definitely think men and women are judged much differently. As a member of the team and as a member of the CBA group and for PA, I’m pretty unhappy with just sort of an arbitrary six-month suspension for calling someone a coward,” Rapinoe said

She continued: “I think that there’s probably some legal strategy going on with it all.”

Solo announced earlier this week that she will not play the rest of the NWSL season, in light of her emotions following the punishment. Her immediate playing future is unknown. She ended her segment of the documentary by saying, simply: “Life is unpredictable.”