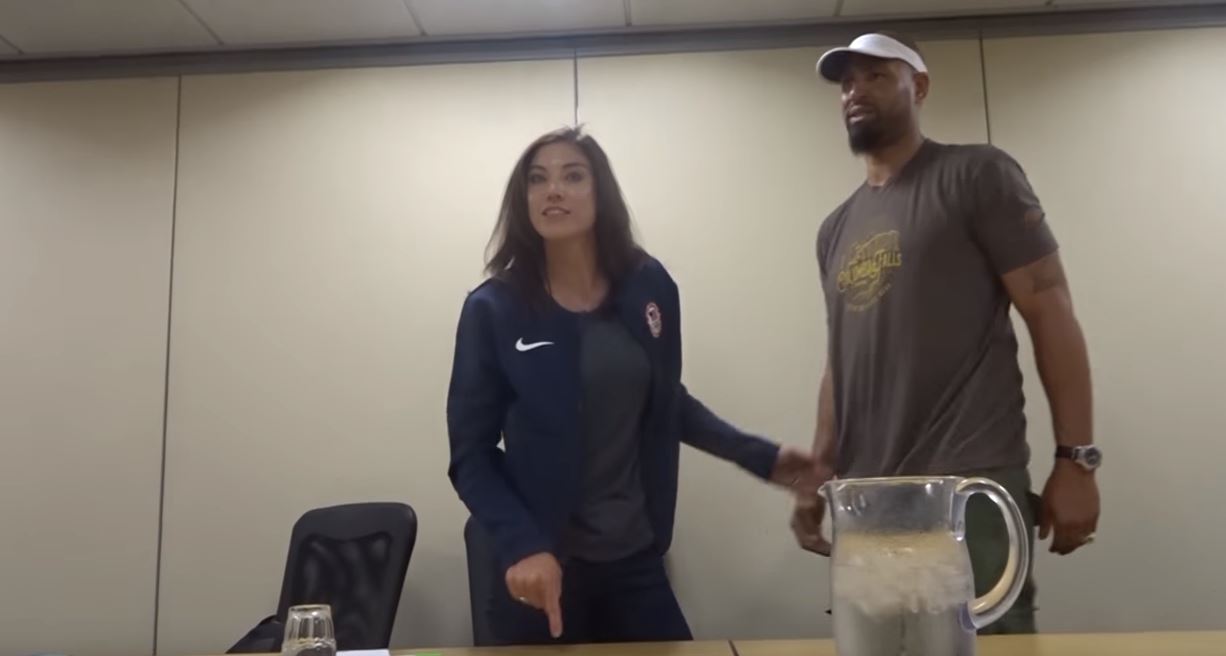 Hope Solo hasn’t spoken publicly since U.S. Soccer announced her six-month suspension and contract termination, but the moments after Solo finding out the news were filmed by a camera crew following Solo for a serial documentary.

An emotional Solo is seen on camera with her husband, former NFL tight end Jerramy Stevens, in room next to the meeting room of a hotel at which U.S. women’s national team coach Jill Ellis and U.S. Soccer CEO Dan Flynn told Solo the news. Solo is heard on camera in a teaser released by the company Fullscreen yelling, “17 f***ing years and it’s over!” Solo first started training with the national team in 2000 and has since become the most accomlished goalkeeper in the world, amassing 202 caps and 103 shutouts.

[LAULETTA: Thoughts on Hope Solo’s suspension, and what now]

Last week, Solo was suspended six months by U.S. Soccer and had her contract terminated following her comments calling Sweden “a bunch of cowards” after the U.S. fell to the Swedes in penalty kicks in the quarterfinals of the Rio 2016 Olympics, marking the first time the U.S. women had failed to finish third or better at a major tournament. U.S. Soccer insisted that it took action based on an accumulation of events involving Solo.

Solo could still ostensibly return to the national team in the future. She has been granted a personal leave from Seattle Reign FC, which is in the thick of an NWSL playoff battle. It’s unclear when or if Solo will return to the Reign. Her NWSL salary, paid by U.S. Soccer through the league’s setup, is still paid out per terms of the memorandum of understanding.

Full scenes from the teaser will be aired on Friday in the final part of a six-part series following Solo, Megan Rapinoe and Crystal Dunn in the build-up to the Olympics and at the Games themselves. Episodes can be viewed online at http://www.fullscreen.com/.