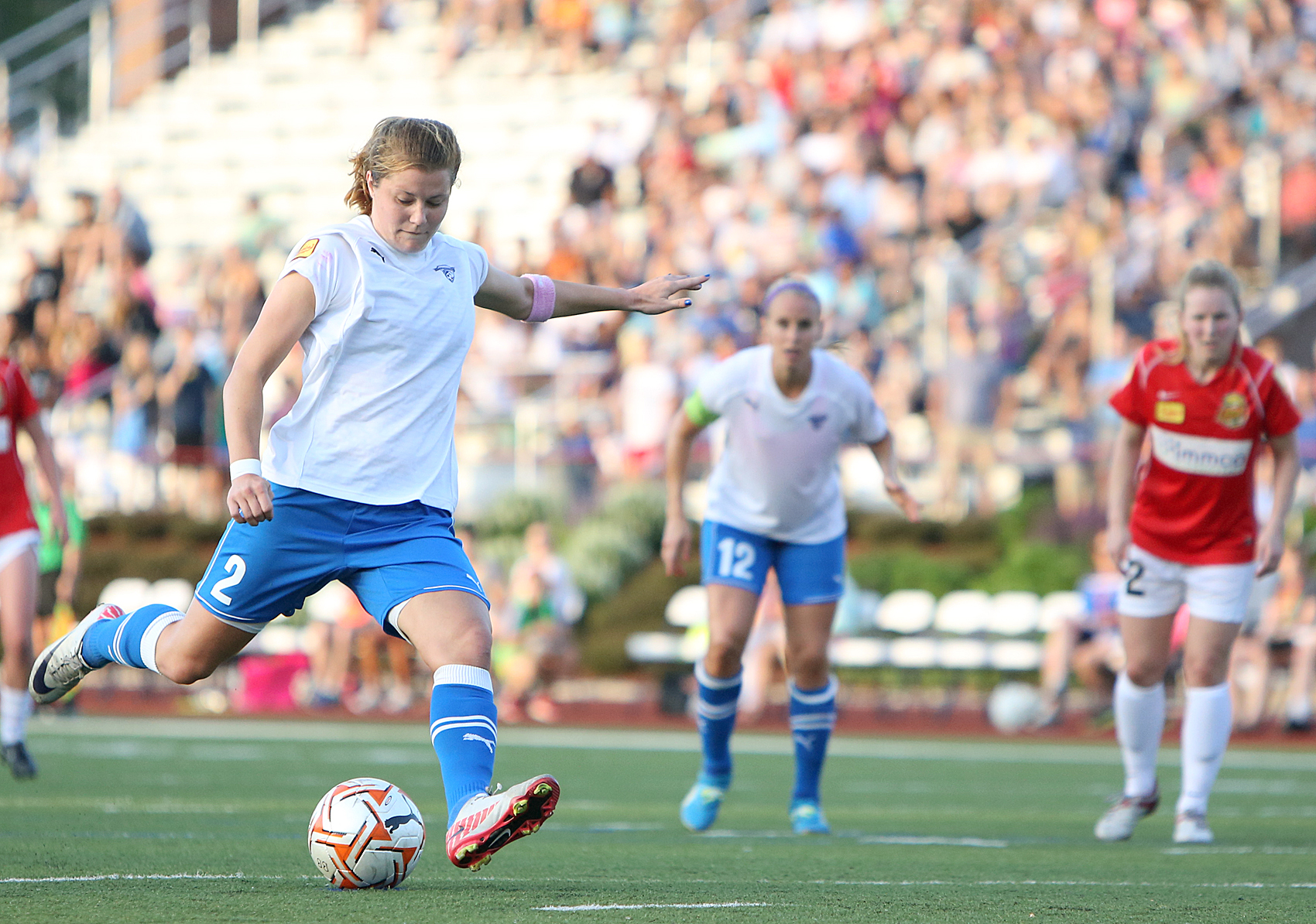 The Breakers brought to a close one of the more dubious streaks in the nascent history of NWSL on Sunday night, winning 2-0 in Kansas City for their first win away from Boston since July 25, 2014. The club was 0-17-2 in road matches since then. The win, on the shoulders of goals by Katie Schoepfer and Kristie Mewis and some clutch saves from Jami Kranich, also marked the Breakers’ first winning streak since August 7-10, 2013.

The Breakers took the lead in the 38th minute when Schoepfer unleashed a ight-footed rocket from beyond the penalty box after the Breakers held possession without being able to break into the 18. The perfectly-placed shot left Nicole Barnhart helpless to do anything but retrieve it from the back of the net.

The Blues opened the second half on the front foot and did just about everything besides score. Heather O’Reilly who missed the Olympic break but as an alternate did not suit up in Brazil, had a dynamic night on the flank but was unable to turn it into an FC Kansas City goal. Kranich also enjoyed a strong night. She made one point-blank save on O’Reilly after a flurry in front of goal, and later raced off her line just in time to prevent Shea Groom from getting off a cross that had it hit its mark would have likely leveled the match.

Kristie Mewis, in her first match since June 18 thanks to an ankle injury, added the icing in the 81st. In a goal scored very much against the run of play, Mewis first took a whack from 19 yards and her shot smashed off the crossbar and bounced down in front of the six. With Barnhart out of position, Becky Sauerbrunn and Natasha Dowie both went up for the header and missed. Next on the scene was Mewis who raced into the box to follow her own shot and had an easy finish to make it 2-0.

Kranich earned the shutout to become the first Breakers’ goalkeeper in the NWSL era to record clean sheets in consecutive matches.

The win moves the Breakers (3-11-1, 10 points) within three points of extracting themselves off the bottom of the table and they are in Houston on Wednesday night for a chance to go level ninth with the Dash (the Breakers would lead on tieberakers). FC Kansas City (4-8-4, 16 points) host Sky Blue FC next Sunday.

FC Kansas City played without head coach Vlatko Andonovski who was with his family after his father passed away unexpectedly during the week. Huw Williams ran the sideline.