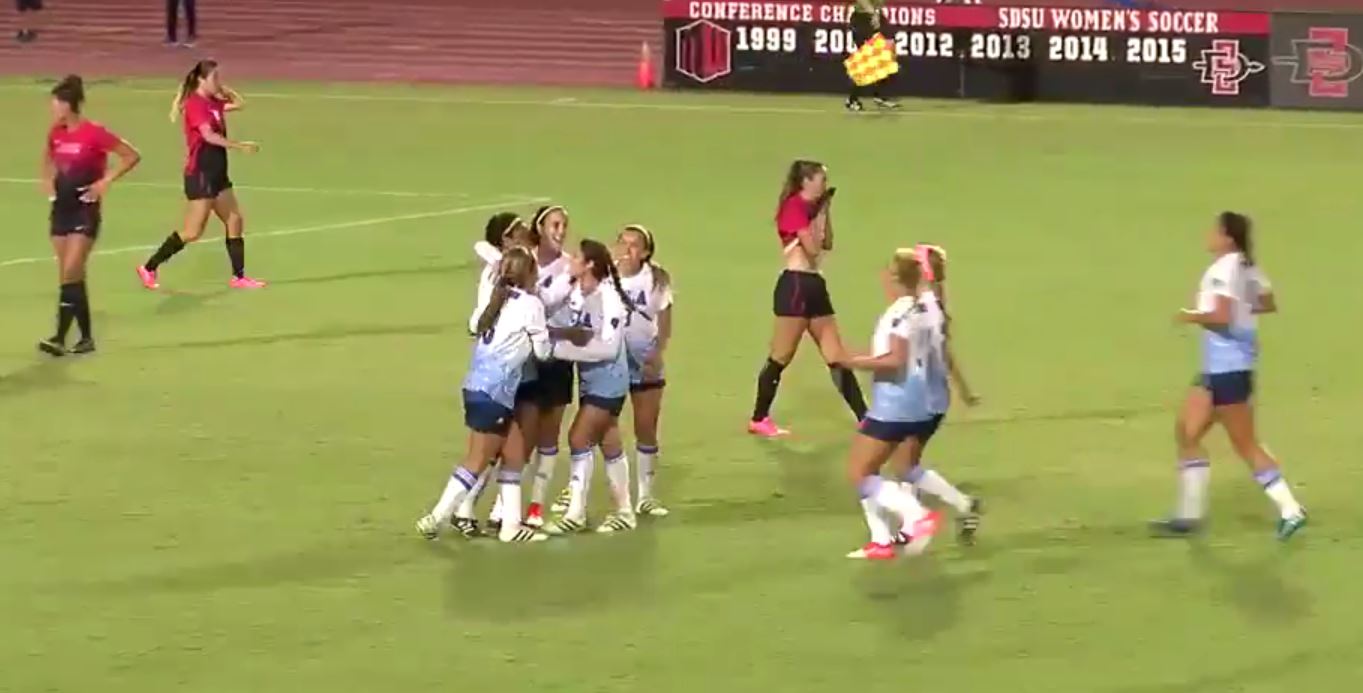 The NCAA women’s soccer season go underway on Friday, and we already have a pair of candidates for goal of the year. Seriously.

First up is this little flick-to-self from Duke’s Ella Stevens in a 9-1 win over Wofford on Friday to open the season:

A #SCtop10 nominee from @stevens_ella vs #Wofford. Got the video here! Very impressive. @SportsCenter #GoDuke pic.twitter.com/a0CDtB8Nug

And later that night came the early leader, the flick-to-self-at-full-speed from Amber Munerly, followed by the beautiful chip in UCLA’s 5-0 victory over San Diego State:

Describe with one emoji this goal by @AmberrrM_. We're going with ! #SCTop10 pic.twitter.com/46Uh15TPx9

Those goals are from Day 1 of the season, but they might be tough to top. Some notables from the opening weekend: