Lauletta: Takeaways from the Rio 2016 Olympics 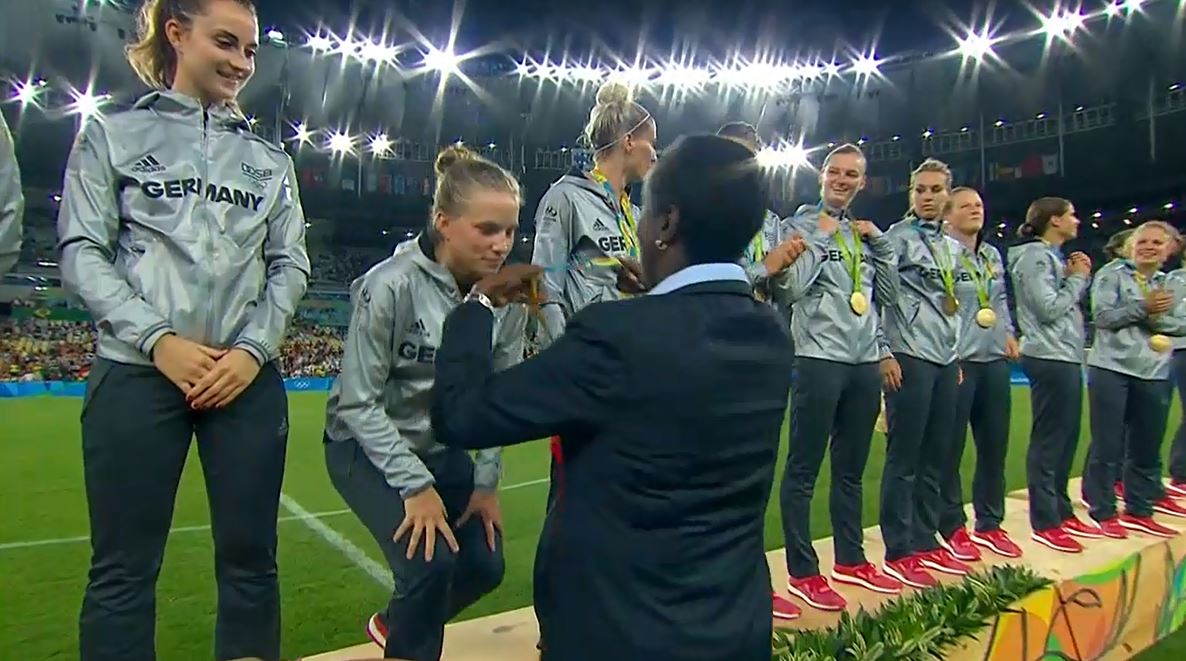 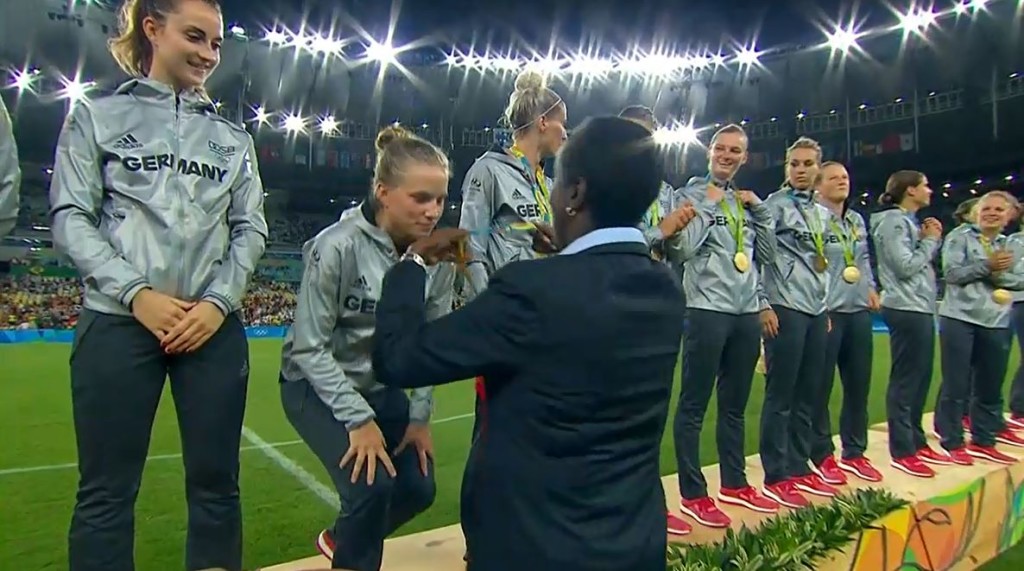 Germany won the Olympic gold medal for the first time.

Germany’s 2-1 victory over Sweden on Friday at the Maracana put an end to the 2016 Olympic tournament and sent global women’s soccer into a 34-month down period before the World Cup in France three years from now. Europe will be transfixed by their continental championship next summer but none of the other confederations have enough depth to put on a tournament that even comes close to the Euros.

You don’t have to be the best to win

If the gold medal were decided by who played the prettiest soccer I’m honestly not sure who would win, but I don’t think it would be Germany. After doing just enough to get out of their group in second place and barely handling China in the quarterfinals, Germany finally began to peak for the semifinals and played a solid match in the final.

The final piece was Dzsenifer Marozsan who emerged from a quiet tournament to rule the final by scoring Germany’s opener and setting up the second one by ripping free kick off the woodwork that was deflected in by Linda Sembrant. Before that Marozsan, Anja Mittag and Alexandra Popp had been quiet and the Germans were being carried by their midfield, notably Golden Boot winner Melanie Behringer. Sara Daebritz also had a solid Olympics including her hard-nosed play to win back possession and draw a foul that led to the free kick for the second German goal.

In winning the gold medal, Germany sent head coach Sylvia Neid into retirement on top. The 52-year old who won three European Championships as a player closed out an 11-year career as head coach. During that time Germany won the 2007 World Cup, these Olympics, and the 2009 and 2013 Euros—the only two during which she was in charge.

Besides the trophies, Neid’s greatest accomplishment as head coach has been successfully transitioning the World Cup winning sides of the 2000s into gold medal winners in 2016 even as many key veterans called time on their careers. Daebritz, Marozsan, Melanie Leupolz, and defender Tabea Kemme still have their 25th birthday parties to plan and give Germany a solid backbone as Steffi Jones takes over the team (Neid will become scouting director.) And that they won the gold medal without playing optimum soccer speaks volumes about the program.

The evolving tactics of women’s soccer

When Sweden upset the United States by sitting deep and countering before prevailing on penalty kicks it set off a flurry of discussion about the tactics chosen by their coach Pia Sundhage. Then they went out and did it again in the semifinal against Brazil. Sweden were a bit more aggressive in defeat against Germany, but the talking points were real. Over the years we have seen many women’s national teams park the bus, but mostly to prevent it from being run off the road entirely. Never before have we seen a women’s side go as far as Sweden by acknowledging inferiority in the middle of the park and slaying two quality sides.

Sweden showing that women’s soccer getting more tactical all the time. Teams like USA & Brazil need to figure out how to break it down.

As Grant Wahl tweeted, it was a sign of changing times for the women’s game and it will be up to the more technical teams to find ways to break it down. It is also worth noting that it is an extremely difficult tactic to win with. Both of Sweden’s winning knockout matches ended in draws and penalties, but either could have ended up in lopsided losses had they made a mistake and fallen behind which would have forced them to chase an equalizer. Their group stage match against Brazil was a 5-1 shellacking.

No one wants to see bunker and counter play, but we all have to acknowledge it as a sound tactic if you have the players to pull it off. Much credit goes to Sundhage for having the humility to admit to herself—and get her players—to buy into to the notion that the best way to advance was to concede most of the field and most of the possession. And they have shiny silver medals to show for it.

Canada is a country on the rise

When Canada is in the spotlight it usually has to do with 33-year old Christine Sinclair. This is understandable considering Sinclair’s place as one of the all-time greats in the sport. But the notion that because Sinclair is on the back end of her career means Canada’s window is closing is not accurate. Sinclair was fantastic in Brazil, but Canada’s second straight bronze medal was won on the heels of a quintet of youngest that has the Maple Leaf’s women’s soccer arrow pointing as high as it has in a long time, maybe ever.

Janine Beckie, an NWSL rookie at 21, scored the goal that got Canada off the blocks against Australia just 20 seconds into the tournament and added a double against Zimbabwe. Ashley Lawrence and Kadeisha Buchanan, 21 and 20 respectively, look like the backbone of Canada’s defense for many years to come. Teenagers Jesse Fleming and Deanne Rose also excelled with Rose scoring a goal and creting another in the bronze medal match.

Five years ago after flaming out in the World Cup, then coach Carolina Morace complained that she couldn’t find enough young players to make Canada competitive. John Herdman has more than debunked that notion. Mark Canada as a contender to be on the podium going forward.

Equalizer will have more on Canada’s tournament this weekend.

The trials and travails of hosting

The further we get from 1999 the more remarkable it is that the U.S. was able to march through that tournament and gut out the final under the enormous pressure of playing in front of massive stadiums full of supporters. Germany succumbed to hosting pressure in 2011 and Canada clearly played more free flowing soccer at this tournament than they did on home soil last summer.

Brazil, who has probably had the hardest time gaining a foothold in their home country of any competitive women’s team, had some extraordinary moments playing in front of the home fans. In the group finale in Manaus the fans went wild every time Marta was shown on the big screen until she finally came off the bench to play the second half. The support through the knockout stage was extraordinary, even in defeat, and the team’s effort matched it. Ending without a medal will hurt, but the memories of being cheered at home in a country that lives and dies on the results of the men’s side was undoubtedly a thrill all 18 players will carry with them forever.

It may feel like Marta’s window is closing 13 years after she first thrilled us at the 2003 World Cup, but despite her considerable mileage she is still only 30. The deeper issue for Brazil is their relative lack of youth. But players like Debinha, Beatriz, and the Andressa’s could wind up being the pieces that allow Marta a major trophy near the end of her career.

The USWNT has work to do

The United States losing was a shock, but at the same time the semifinals and medal matches seemed surprisingly normal without them. What is ironic is that after years of experts (like myself) saying the world was catching up while the U.S. kept ripping off trophies, it was Swedish bunker tactics that finally put the Stars and Stripes out before the semifinals of a major tournament.

In the short term, going out in the quarterfinals is not good enough, and will never be good enough. In the long term, it is important to note that the team is in a bit of transition and that there are many prospects that figure to have a say heading into the two light years and the 2019 World Cup.

For more of my thoughts on the U.S.’s early exit, see here.

— Mallory Pugh and the Canada Five aside, the young player I am most excited to watch again is Stina Blackstenius. The Swedish forward plays for Linkoping and only turned 20 in February. Her ability to possess in tight spaces and finish makes her special.

— Australia’s quarterfinal exit was a disappointment and in four matches the only team they beat was Zimbabwe. But somehow I thought they still showed the world they are for real, and had they scraped by Brazil in penalties, easily could be showing off gold medals right now. I think they’re here to stay. They just have to avoid turning into…

— France. Haranguing about how talented they are is an old story by now. What struck me was that after losing to the U.S. despite outplaying them in midfield, coach Philippe Bergeroo told the assembled media to remember they had just played the top-ranked team in the world. I have no idea what goes on behind closed doors, but someone in that team needs to be the person that says, “They’re ranked number one, but we’re better, and we’re not losing to them next time,” and then plays that next match like the fate of the free world depends on it. Right now, I’ll let former U.S. coach Tony DiCicco tell you the rest.

Since 2015 WC #CANWNT by far the most improved team! And France…plays with no pulse!

— The all-European final marked the first time anyone from Europe appeared in a global final since Germany won the 2007 World Cup. In the four tournaments since, Brazil, Japan, and the United States have monopolized the championship matches.

— I can’t think of another team that left a tournament with one point from three matches but on a higher note than Colombia after Catalina Usme’s 90th minute equalizer against the United States.

— I really hope when the next Olympic tournament happens in Tokyo that there are 16 women’s teams. It wouldn’t require any extra match days, and the men already do it that way.

— Had there been a Team Great Britain they would have been contenders to win the gold medal. I hope they are one of the 16 in 2020.

— For the “what could have been” files. Brazil and the U.S. in a semifinal at the Maracana would have been scintillating even on television. Who thought it would be the U.S. not holding up their end of the bargain? And Marta and Christine Sinclair sparring for an elusive major trophy for both would have been one of the great stories in the history of women’s soccer. Instead they played for the bronze. Judging by Sinclair’s reaction, it still meant a whole lot.

— This marks the first Olympic tournament in which both finalists lost matches in the group stage and neither of them finished first in their group (it also happened with the United States and Japan in the 2011 World Cup.) Sweden became the first team to finish third in their group and play a final in an Olympics or World Cup (several of these tournaments did not place third-place sides into the knockout rounds.) And several well-respected media folks had some combination of the United States, France, and Australia in the gold medal match. All three were dumped out in the quarters. All of this tells me that the depth in women’s soccer continues to grow and the future is bright.