Gold Medal preview: Germany, Sweden to battle it out 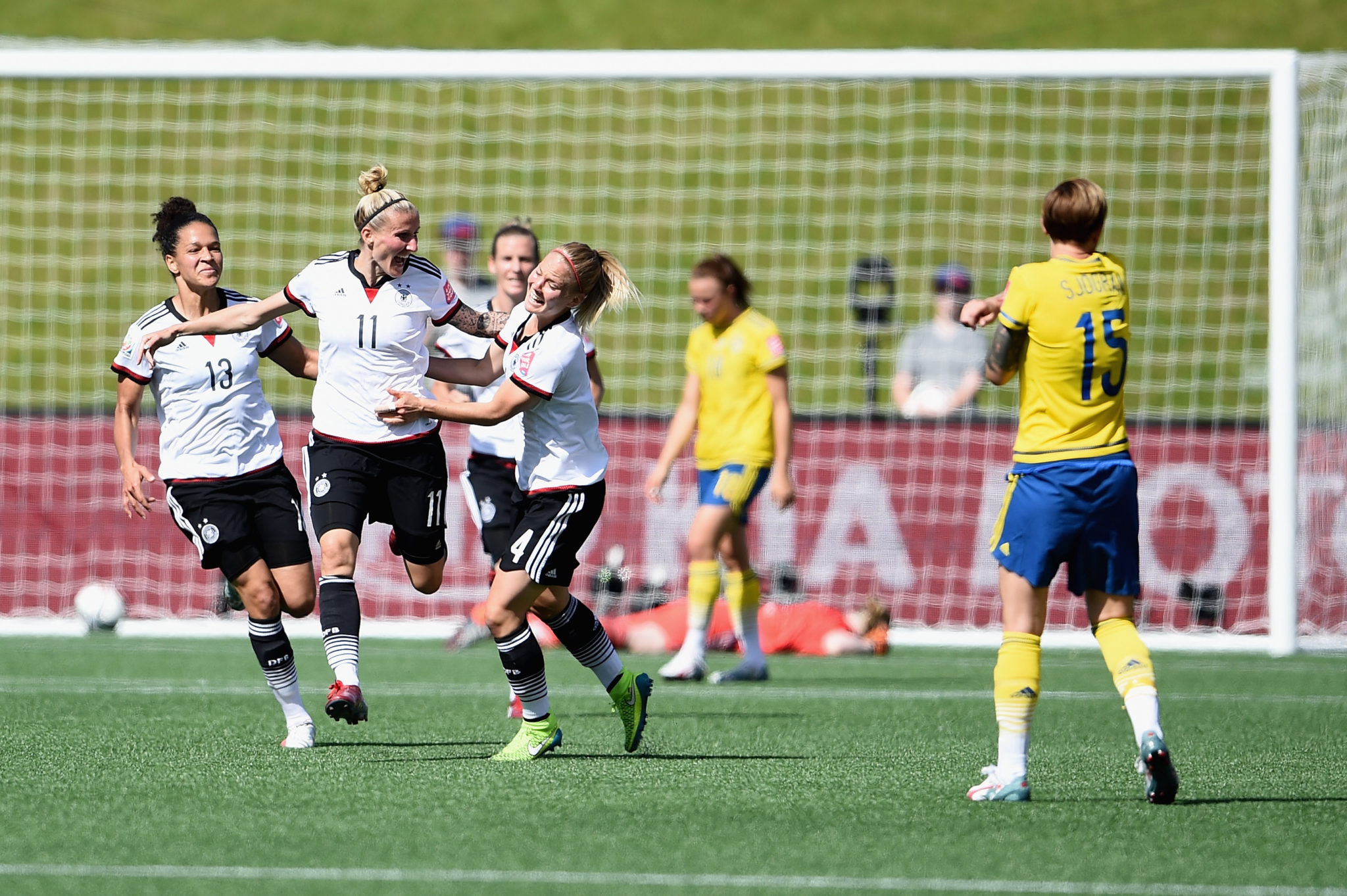 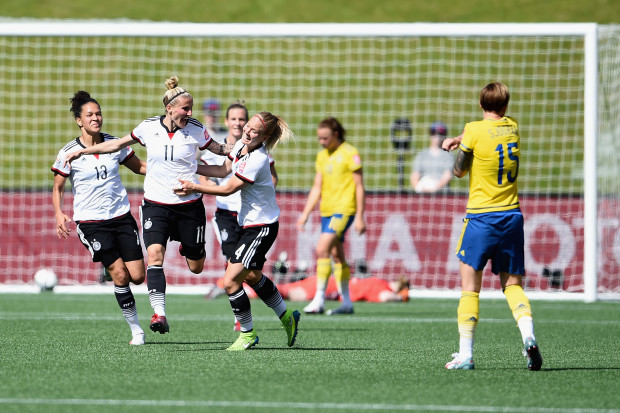 Anja Mittag celebrates after scoring against Sweden in 4-1 win in 2015 World Cup Round of 16. (Getty Images)

THE MATCHUP:  Germany and, much to many soccer fans chagrin, Sweden, will face off  Friday in the gold medal match at the legendary Maracana Stadium in Rio. For the first time in Olympic history and the second all-time in major international tournament history, the final will feature two women coaches at the helm (the other was also Germany-Sweden at the 2003 World Cup).

Will Pia Sundhage earn her third straight goal medal and first with her home country or will Silvia Neid add about the only major piece of hardware missing from her impressive resume? Will the contest for the top place on the Olympic podium be decided in regulation? These questions and others will be decided Friday afternoon. In advance on the tournament’s final act, here’s a rundown of what to expect.

Germany- Melanie Behringer has five goals in the tournament and has scored in both games in the knockout stage. Albeit two of these goals have come from the spot, Behringer is playing with confidence and that can be the margin of victory in events such as the Olympics with quick turnarounds and tight squads.

[THEIVAM: Like them or loathe them, Sweden are to be respected]

Sweden – Hedvig Lindahl has been the most vital cog in getting Pia Sundhage’s side this far. If the Swedes end up on top of the podium, no doubt Lindahl will have another monstrous game. While it’s hard to top converting your own penalty while stopping two of your opponents, Lindahl will certainly be called upon to keep the match level if Sweden continues with its bunker tactics.

Germany- While it’s pretty difficult to name a key cog in the Germany side that truly meets the definition of “under the radar” if the Germans are to succeed where the United States and Brazil failed, goalkeeping will be vital. Sweden will look to strike again on the counter as they have in the last couple of matches. Counterattacks often require goalkeepers to make quick decisions, something that Germany’s Almuth Schult didn’t always do successfully against Canada. This will be an interesting aspect of the match to keep an eye on.

Sweden- Stina Blackstenius provided Sweden a goal against the United States after coming on as an early substitute for the injured Fridolina Rolfo. At just 20 years old, Blackstenius made her senior debut just last October. Having tallied twice in less than 10 matches for the full team, Blackstenius looks to play a considerable role for the Swedes moving forward. Can she provide her team enough offense to win the Olympics for the first time in program history?

Pulling off three straight “defend with everything you have” type matches against three of the world’s best is a tough feat to accomplish, however, Sweden is on the brink of completing it.

While many have been quick to criticize Sundhage for employing “boring” tactics, the decision to change strategy so completely in a major tournament is a bold move, especially given the quick turnaround between matches which leaves little time to implement them within the squad.

After the embarrassing 5-1 loss to Brazil,  Sundhage realized her side wasn’t likely to win unless she made massive adjustments.  It may not be pleasing to watch but in the end, the gold medals don’t go to the most entertaining side.

Germany  should be prepared for Sweden to bunker and have the advantage of seeing Sweden employ this tactic prior. It’s worth noting that Sweden certainly has the personnel to play attacking soccer if they so chose, but it seems unlikely that Sundhage would abandon what’s gotten her this far. Given Neid’s experience at the helm, she’ll be ready tactically for whatever her counterpart throws her way, though.

While Germany looks different than they did a year ago when they stunningly failed to medal at the World Cup, they certainly still have ample personnel both in starting and substitute roles that should test and ultimately break down Sweden’s defensive wall. Should Germany fail to get a few high-quality opportunities and convert if and when they do occur, Sweden has shown they can be deadly on the counterattack.