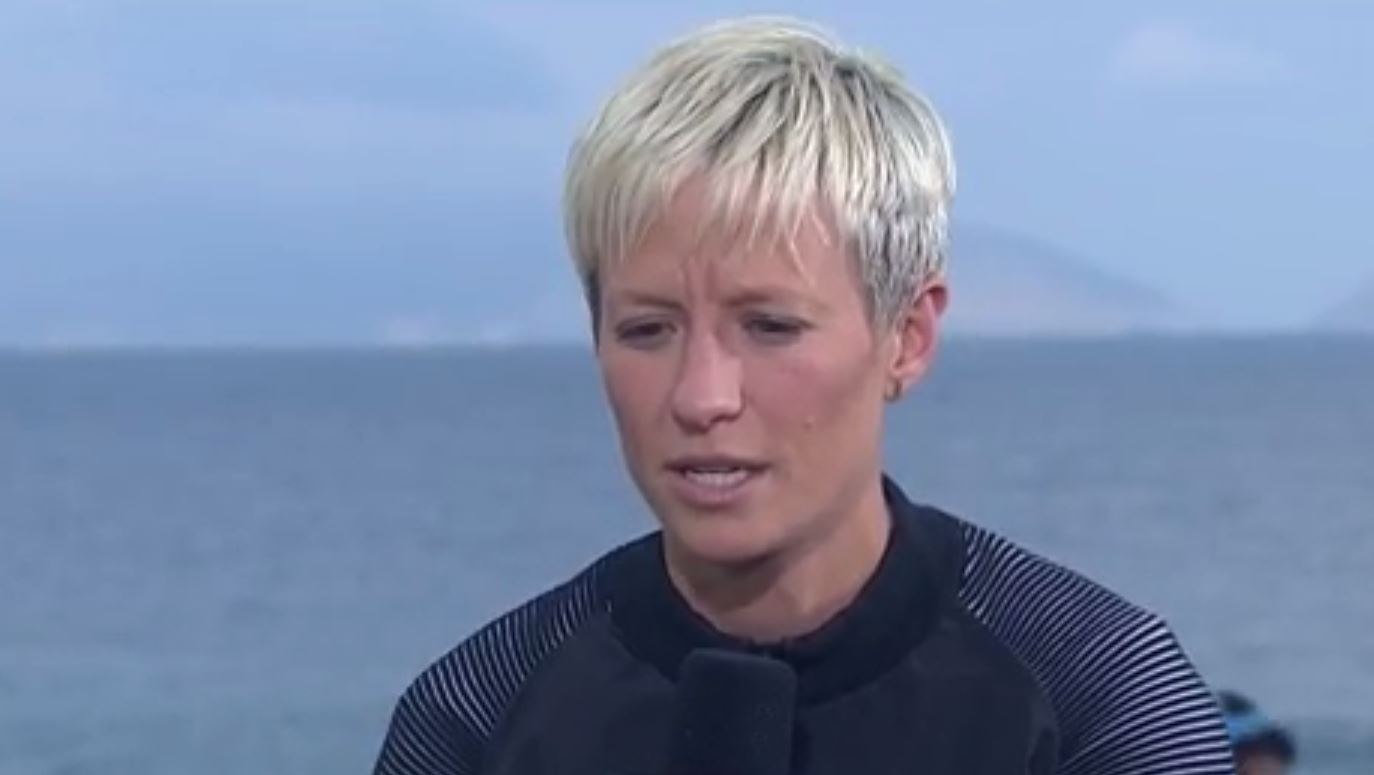 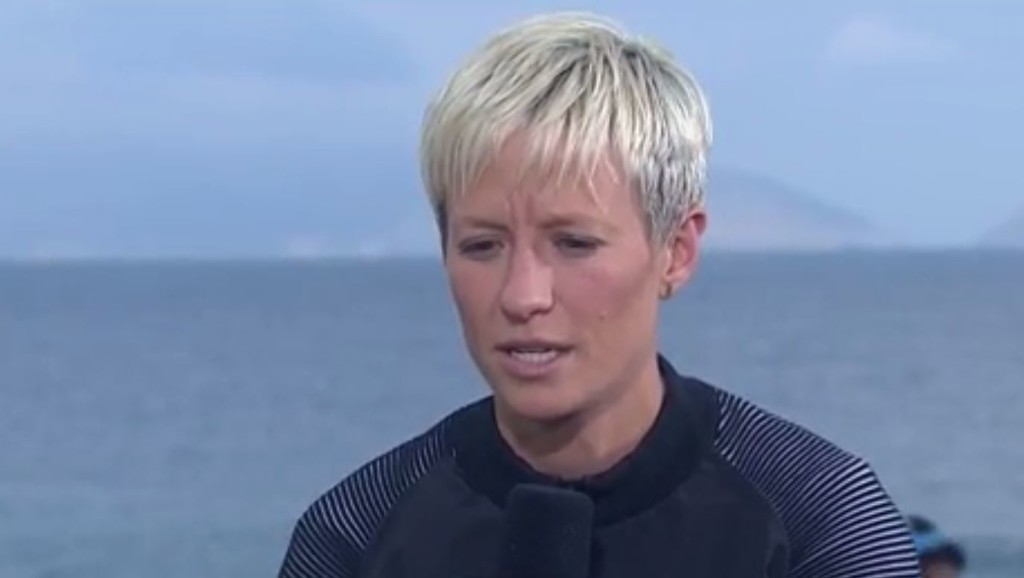 A week after Hope Solo called Sweden “cowards” for its style of play, Megan Rapinoe, says she was “really disappointed” with the reaction that failed to “graciously” handle United States’ Olympic exit.

Solo drew international headlines — and plenty of ire — when she said the United States lost to “a bunch of cowards” in Sweden, which bunkered in and played defensively, tying the Americans 1-1 through 120 minutes and advancing on penalty kicks. The U.S. goalkeeper spoke out after that Olympic quarterfinal loss, the first time the U.S. women ever fell short of the semifinals at a major tournament in 13 attempts. The Americans are defending World Cup champions and three-time defending Olympic gold-medalists.

Rapinoe, in an interview on Thursday, said that Solo’s words did not reflect theirs nor the team’s at large.

“Really disappointed, to be honest,” Rapinoe said of Solo’s comments, speaking to NBC’s Mike Tirico. “That’s not our team, that’s not what this team has always been; that’s not what this team will be in the future. It’s frustrating sometimes as an athlete – you’re thrust into the spotlight and I think this team has always done a really amazing job of understanding that we have this incredible platform; let’s do something good with it. Let’s inspire, let’s be badass, let’s be fierce, let’s be competitive. But, we’re gracious and we’re humble and we play the game a certain way, whether we win or lose. And we’ve been on the winning side quite a bit and when we find ourselves on the other side, we need to handle that graciously and unfortunately, that wasn’t the case.”

Solo and Rapinoe have been U.S. teammates for the better part of a decade and play together on Seattle Reign FC in the National Women’s Soccer League.

Alex Morgan was more brief when speaking to USA Today on Thursday about Solo’s comments:

Sweden will play Germany on Friday for the gold medal. Sweden’s coach, Pia Sundhage, coached the U.S. from late 2007 through 2012, winning the 2008 and 2012 Olympics. Told about Solo’s comments postgame last week, Sundhage said, “It’s OK to be a coward if you win,” also adding, “I don’t give a crap. I’m going to Rio; she’s going home.” Sundhage later told reporters that she understands things are said in the heat of the moment, and people don’t always mean them.

U.S. Soccer president Sunil Gulati told SI’s Grant Wahl last week that: “While we are all very disappointed with the result of the match, Hopes post-game comments were highly inappropriate and not in line with the expectations of U.S. Soccer or the ideals of the Olympic movement.”

[MORE: Marta accepting of Sweden’s tactics in loss, rooting for foe in final]

Theivam: Like them or not, Sweden must be respected
Nairn brace delivers Spirit to top of NWSL