Sweden into Rio final with shootout win over Brazil 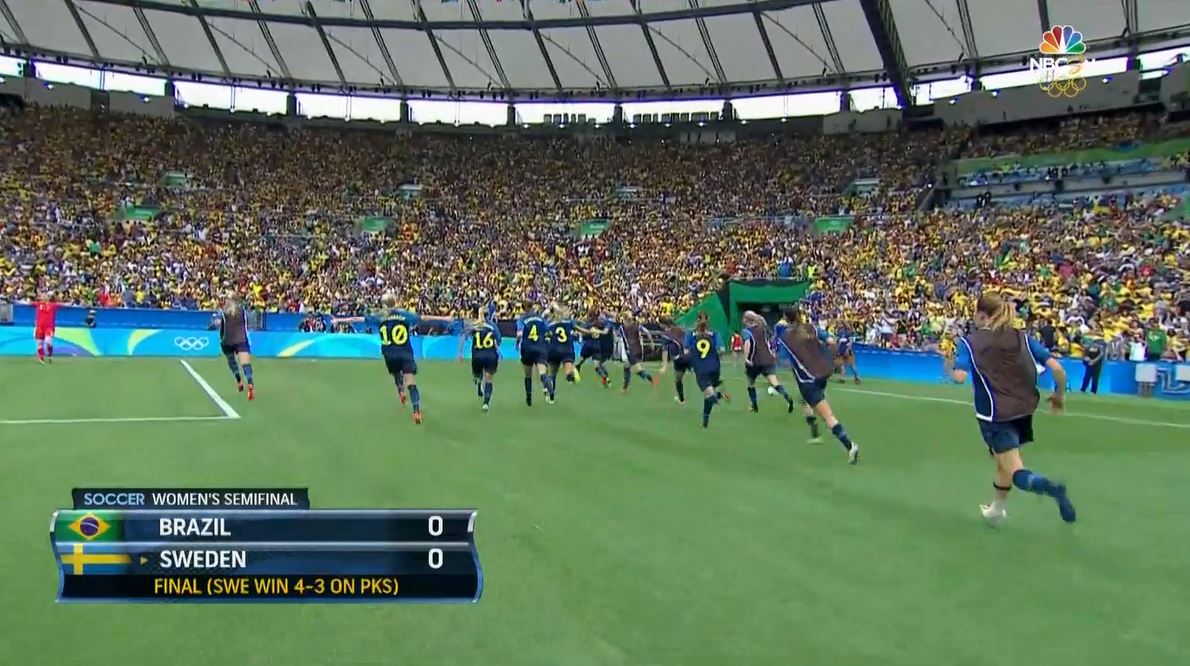 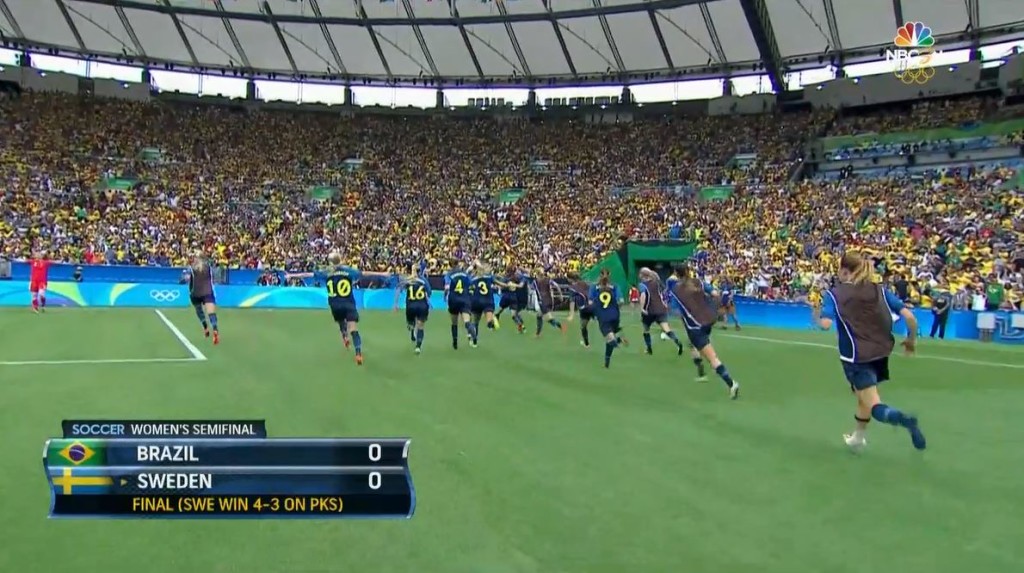 Sweden played Rio 2016 Olympic host Brazil to a 0-0 draw through 120 minutes on Tuesday in the semifinal of the women’s soccer tournament and advanced to the match by winning a penalty-kick shootout for the second time in 96 hours.

Sweden, despite all its history, has never won an Olympic medal. That will change on Friday, with the question being whether or not the material will be silver or gold. The winner of Tuesday’s other semifinal, between Germany and Canada, awaits in the final.

Tuesday’s semifinal served as a stark contrast to the match between the two sides in the group stage just over a week ago. Brazil thrashed Sweden, 5-1 in that match behind a brace each from Marta and Beatriz, as well as a goal from Cristiane. Lotta Schelin’s 89th-minute consolation goal was all Sweden could muster on that day.

But Sweden played a far less open game against Brazil the second time, packing nine and 10 players at a time behind the ball – a strategy which proved effective against the U.S. in the quarterfinals – and Brazil outshot Sweden 33-6 and maintained 65 percent of the possession, but couldn’t score.

Brazil will now have to play the bronze medal on Friday, missing out on the chance to win the country’s first Olympic soccer gold medal at home in the Maracana. For Marta, the five-time FIFA World Player of the Year, it could mean her career ending without a World Cup title or Olympic gold medal, with the next major tournament three years away. Brazil earned the silver medal in 2004 and 2008, losing to the U.S. both times.