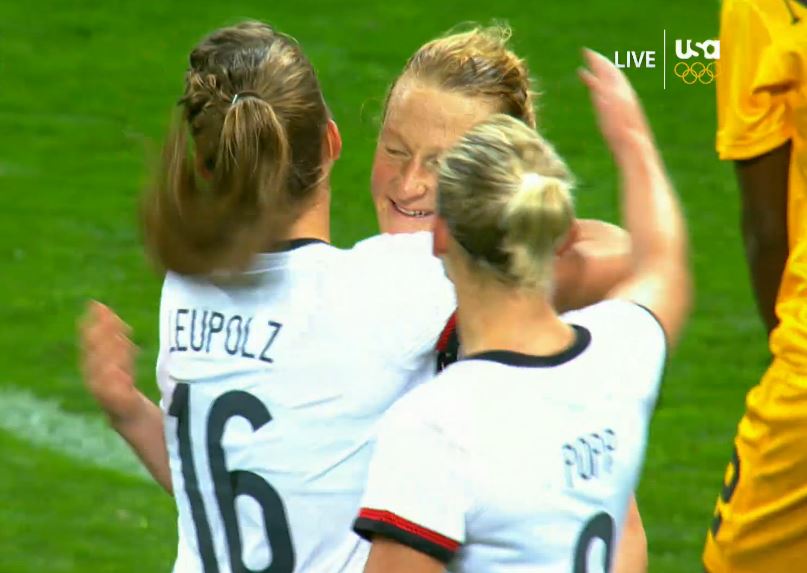 Melanie Behringer’s goal in the 76th minute held up as the only of the match to lift Germany past China, 1-0 on Friday to advance to the semifinals of the Rio 2016 Olympic women’s soccer tournament.

China played most of the second half with 10 players after Wang Shanshan came on to start the second half and was issued her second yellow card in the 57th minute. But China was gifted a lifeline five minutes from time when Wang Shuang was fouled in the box and awarded a penalty kick. She stepped up and rang it off the post; it was China’s only shot of the second half.

Germany will advance to play the winner of the Canada-France quarterfinal taking place later on Friday.

[MORE: USWNT ousted in quarterfinals for first time ever]