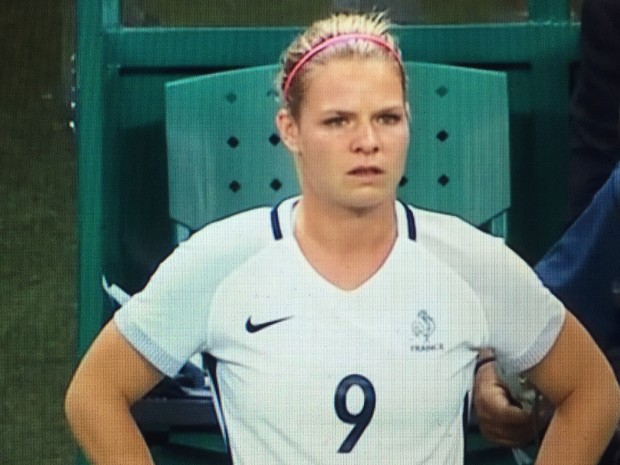 Louisa Cadamuro (nee Necib) scored twice after Eugenie Le Sommer came off the bench to spark France to a 3-0 victory over New Zealand that officially booked a place in the quarterfinals and a Friday date with Group F winner Canada. The lopsided loss for New Zealand left the Football Ferns spelled bad news for advancement and the scoreless draw between China and Sweden a few hours later ended their tournament.

Le Sommer began on the bench again having arrived in Brazil nursing a hamstring injury. But after a slow start to the match Philippe Bergeroo sent her in after 35 minutes in place of Marie Laure Delie. The move paid immediate dividends when Le Sommer followed up Elise Bussaglia’s long distance shot off the post and one-timed it past Erin Nayler in the 39th minute to send France to halftime on a lead. It was also Le Sommer that played a simple ball to Bussaglia for the initial shot.

Cadamuro doubled the lead in the 63rd minute by starting and finishing an extended run of possession. First she won the ball with a well-timed midfield tackle, then she went in the box unmarked and headed in Elodie Thomis’s cross. Cadamuro added another in stoppage time after Ali Riley took down Thomis to draw a yellow card and penalty kick.