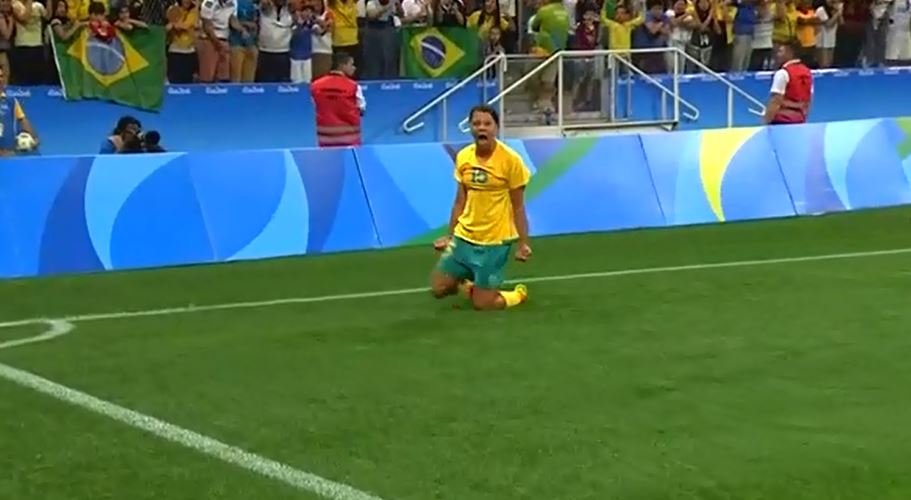 Australia clinched a berth in the quarterfinals of the Rio 2016 Olympics with a 6-1 victory over Zimbabwe on Tuesday, but the late goal conceded cost the Matildas a chance at a potentially more favorable matchup in the knockout stage.

Emmaculate Msipa’s goal for Zimbabwe in second-half stoppage time put away any hopes Australia had of finishing second in Group F. The Matildas needed to erase Germany’s goal-difference of seven goals and have Germany lose to Canada — which happened; Canada won that simultaneous match, 2-1. With the Germany loss holding and Australia leading Zimbabwe 6-0, one more goal would have placed Australia in the second spot of the group and a quarterfinal match-up against the second-place team out of Group E, likely China or Sweden.

But Zimbabwe’s goal means Australia will advance as one of the two best third-place teams, likely facing either world No. 1 United States or Olympic host Brazil in the quarterfinal.

The Matildas will find out their quarterfinal opponent after all of Tuesday’s matches have ended.