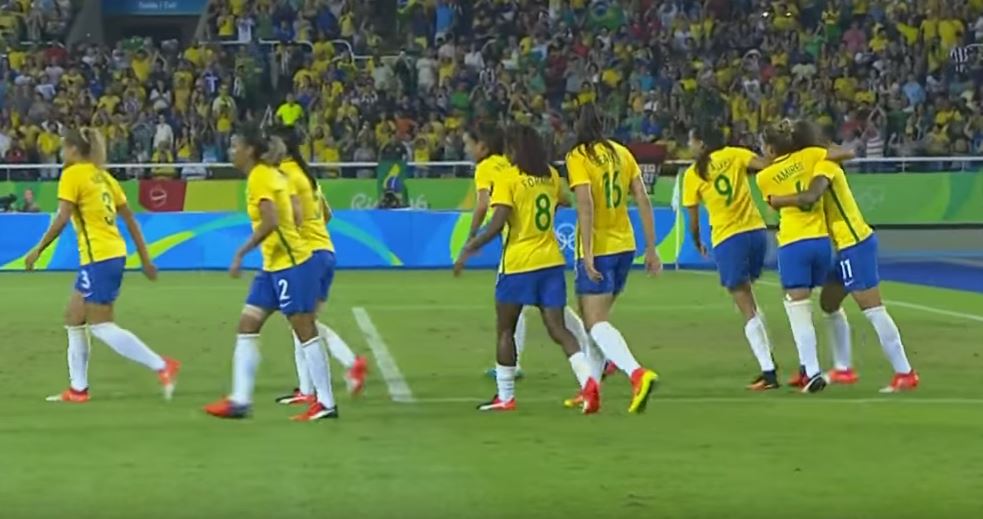 Saturday’s result at the Olympic Stadium in Rio likely said more about Sweden than it did about Brazil. But, oh, what it could mean for the host country.

Marta & Co. electrified a partisan, packed house in a 5-1 drubbing over Sweden which was every bit a justified score line as Brazil oozed confidence and soaked up the energy of a crowd which so desperately longed for the entertainment it received following another summer of disappointment thus far from its men’s soccer team.

Cristiane scored her 14th career Olympic goal, breaking the record for both men’s and women’s soccer at the Games in style with a no-look flick-on in the 24th minute. Marta played provider that time, and after scoring from the penalty spot, the five-time FIFA World Player of the Year scored again in the 80th minute with trademark o jogo bonito skills, essentially assisting herself as she hit the ball off the side of a Swedish defender and then dragged the ball with her foot in mid-air to re-establish possession before burying her shot.

Brazil fans cheered loudly for the home team from the opening whistle, with the trademark low hum turned exasperated crescendo ringing throughout the stadium and through TV screens.

The loss was an embarrassing one for a Sweden team which only beat South Africa, 1-0 on a sloppy goal to open the Olympics — a Sweden team which also struggled at last year’s World Cup and made the Olympics after prevailing from a four-team European playoff in March, since England’s qualification for Rio was nullified by soccer federation politics. Lotta Schelin’s goal in the 89th minute was hardly even a consolation for Sweden.

With the result, Brazil (2-0-0, 6 pts.) looks likely to win Group E and face the third-place team from either Group F or Group G.