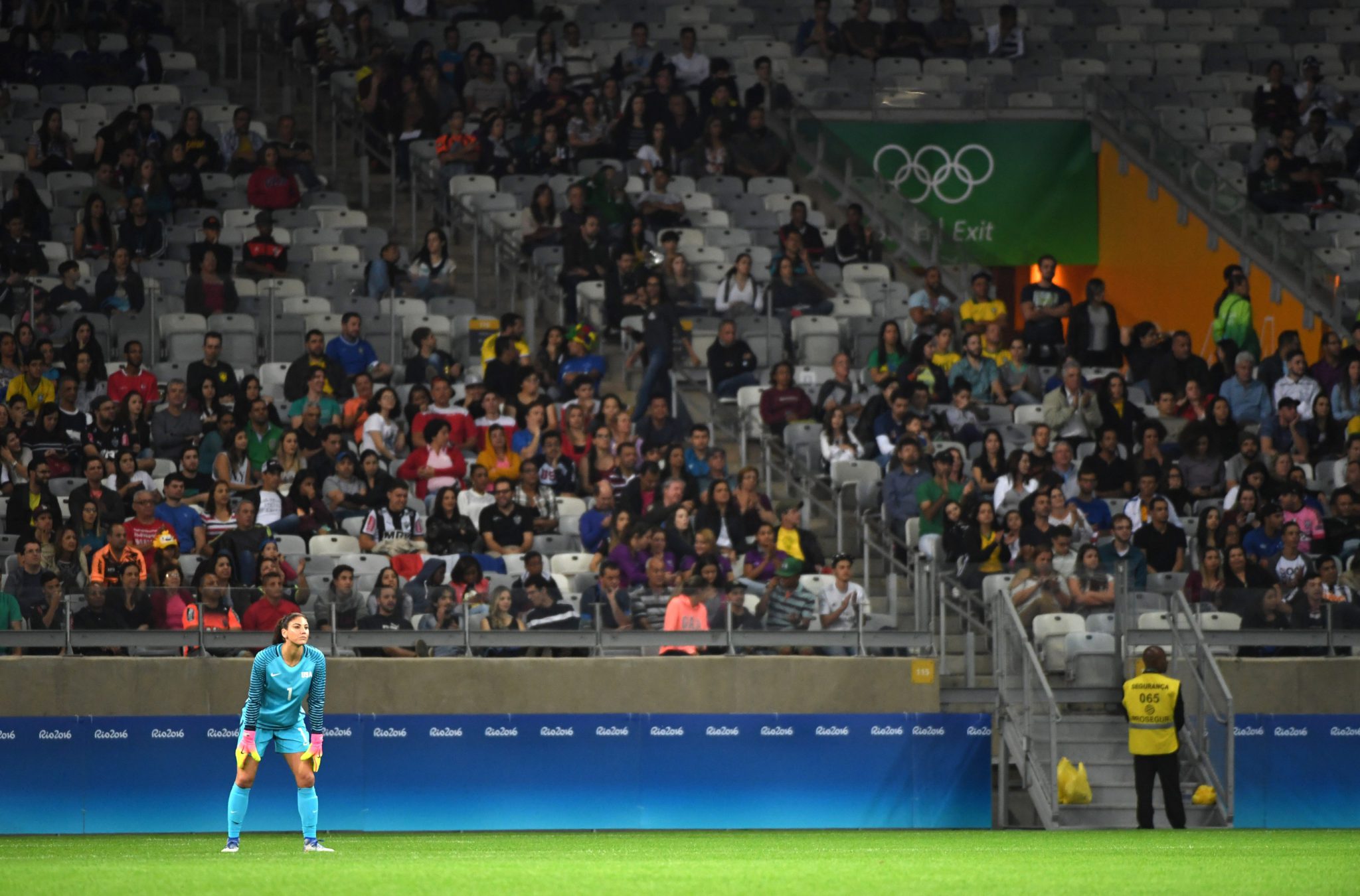 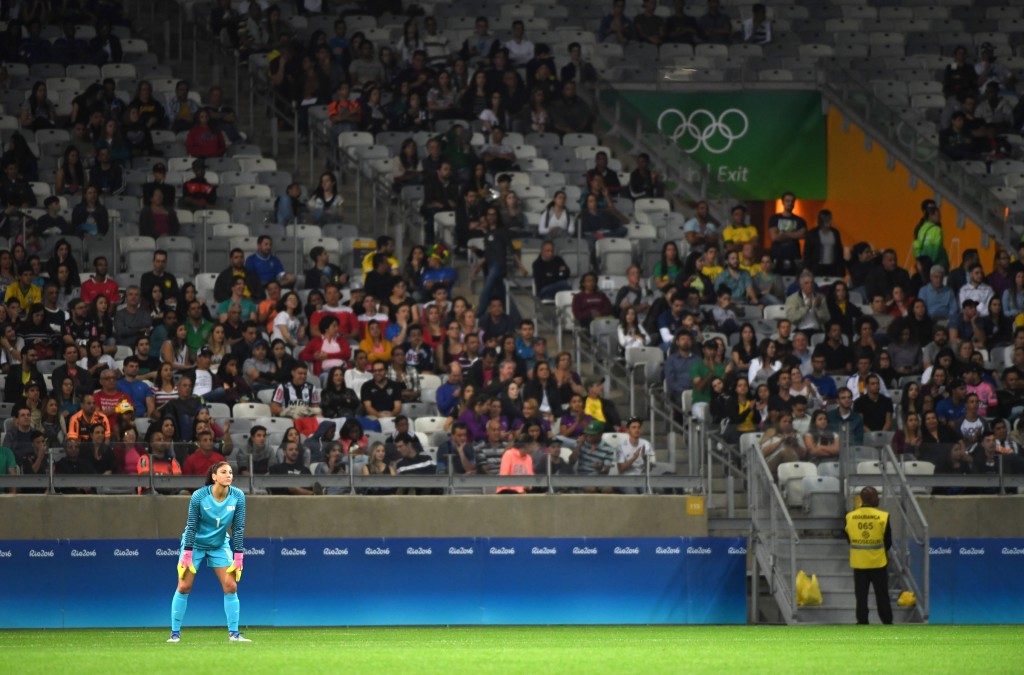 Fans chanted “Zika” at Hope Solo in the Rio Olympics opener, but more seriously, there were reportedly homophobic slurs being chanted at other players. (John David Mercer-USA TODAY Sports)

Most of the media attention surrounding women’s soccer at the Olympics on the opening match day centered around apparent (seemingly very clear) “Zika” chants by fans at United States goalkeeper Hope Solo. The chants took aim at Solo for her actions on social media

But far more disturbing chants reportedly took place, even if they haven’t gotten the same attention from American media.

Reports first surfaced Wednesday that Canada goalkeeper Stephanie Labbe and Australia goalkeeper Lydia Williams were subject to homophobic slurs as their teams faced off in the opener. And it later emerged that beyond the “Zika” chants at the end of that USA-New Zealand game on Wednesday, there were also chants of “bicha,” an anti-gay slur which could be similarly equated to the troublesome and ongoing “puto” chants from Mexico fans.

“It is personally hurtful,” Megan Rapinoe told reporters earlier this week. “I think sort of a mob mentality kind of takes over a little bit.”

“What does that say to players who are struggling to come out?”

After the Canada-Australia match, neither coach went overly in-depth on the subject, citing a lack of full understanding of the term and culture.

“I don’t understand the language or the culture or where that has evolved from,” Australia coach Alen Stajcic said post-game.

“It’s not really for me to say around the the culture of that comment and how it has evolved in Brazilian football because that is maybe a negative. And I don’t know, as I said, the history behind it. It doesn’t sound pleasant.”

Canada coach John Herdman said: “Growing up in England, I’ve heard those things before. It’s probably the ugly part of our game.” He continued: “There’s just no place for that in any sport.”