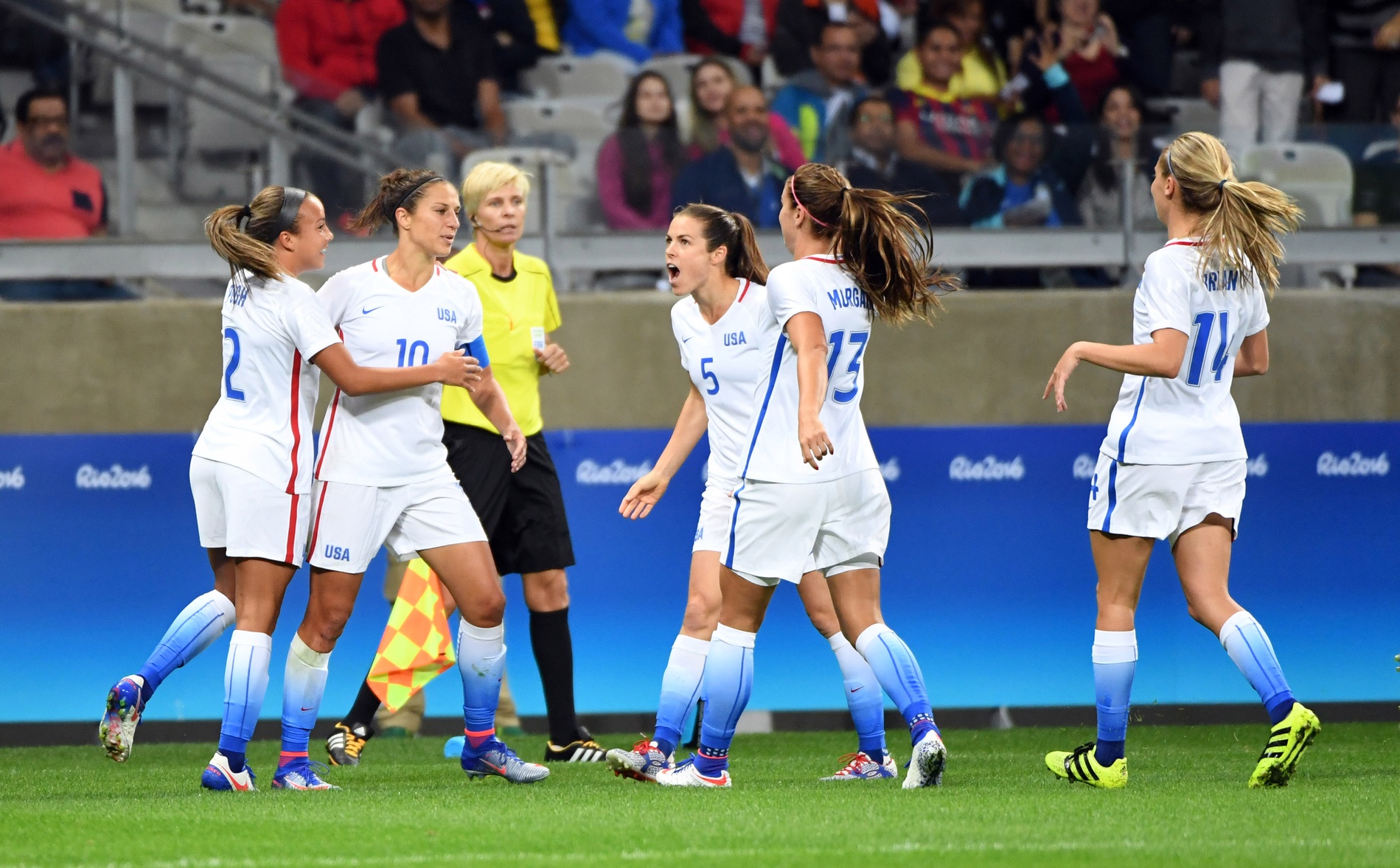 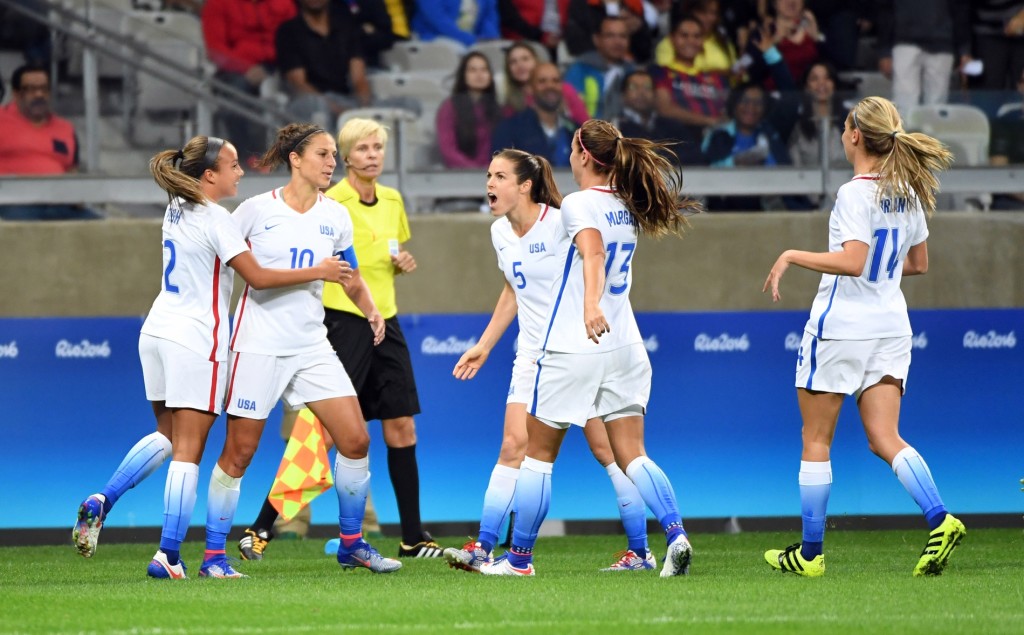 Goals from Carli Lloyd and Alex Morgan lifted the United States women’s national team past New Zealand, 2-0 on Wednesday in Belo Horizonte, Brazil, in each team’s opening match of the Olympics.

Lloyd opened the scoring in the 9th minute, heading in a cross from Tobin Heath, who started following a stretch of lingering hamstring issues but showed no signs of that as she shook off defenders.

Heath was also involved in a combination play which created the U.S.’ second goal just 35 seconds into the second half. Allie Long collected a loose ball and found Heath, who had her back to goal and played a one-touch ball to Morgan Brian. New Zealand’s defense slid inside to cover, and Brian found an open Morgan for the near-post finish.

New Zealand was physical from the start, committing 16 fouls total in the match and putting only one shot on goal. U.S. goalkeeper Hope Solo, who was taunted by fans with apparent “Zika” chants when she kicked the ball.

Mallory Pugh started ahead of Crystal Dunn on the wing opposite Heath, and Lindsey Horan went to the bench as Long and Brian got the not in midfield behind Lloyd.

The U.S. next faces its biggest test of the group stage on Saturday against France. The Americans are three-time defending Olympic gold-medalists and looking to become the first team to win the Olympics as reigning World Cup champion.