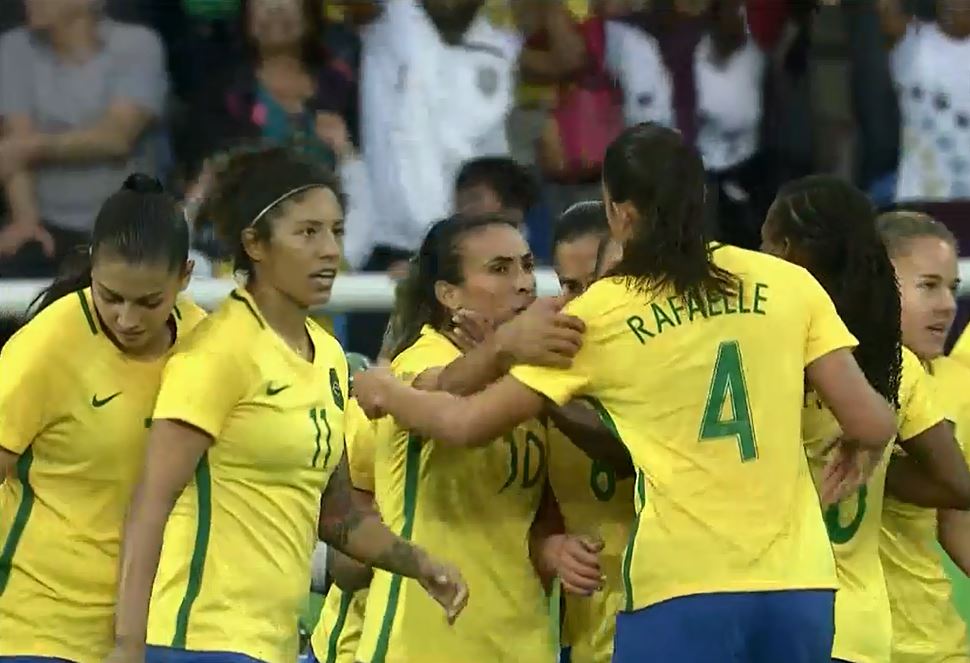 Brazil looked strong in a 3-0 win over China.

Goals from Monica, Andressa Alves and Cristiane lifted host Brazil to a 3-0 victory over China on Wednesday, the opening day of the Rio 2016 Olympics women’s soccer competition.

The first two goals could not have been more different; both involved National Women’s Soccer League players.

Monica, a central defender who plays for the Orlando Pride in the NWSL, scored the opener in the 36th minute. How the ball went into the net is somewhat confusing: Three China defenders and Zhao Lina watched Monica’s looping header from 15 yards bounce between them and then into the net. Watch the bizarre goal here:

#BRA off to good start w/ this goal vs #CHN after the ball was headed back and forth in the 18.
(HT now.)#Rio2016 pic.twitter.com/5ivlgQtqrE

The second goal was of more aesthetic pleasure. Houston Dash midfielder Andressa checked into the match in the 58th minute and one minute later, in her first contribution to the game a minute later, sent a well-weighted ball over the top to Marta, who had time to pick out Andressa Alves for the emphatic close-range goal.

Cristiane added a third goal – a wide-open header from a free kick – in the 90th minute, her 13th all-time goal to tie an Olympic record for men or women.

US to play Thai, Dutch in first post-Olympics games
Down to 10, Canada hang on to beat Australia 2-0