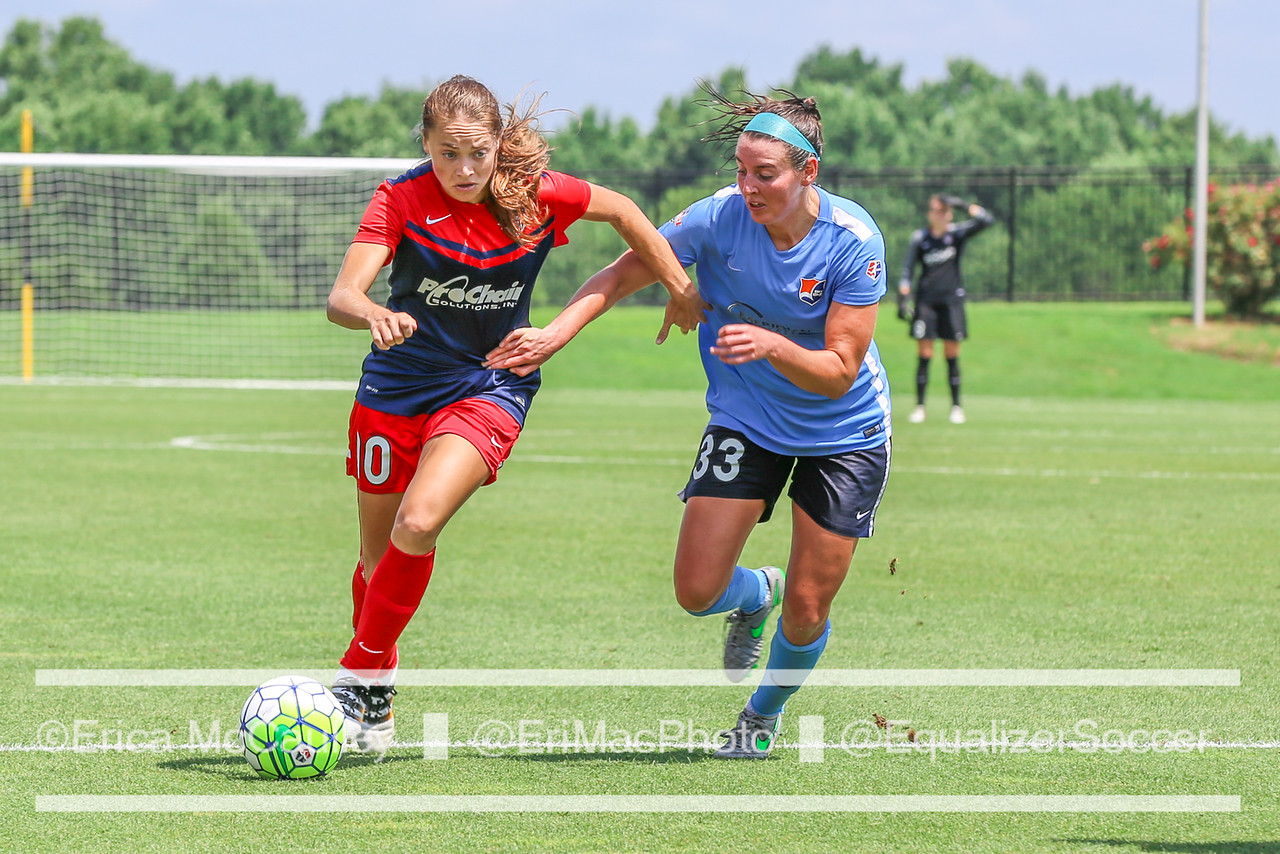 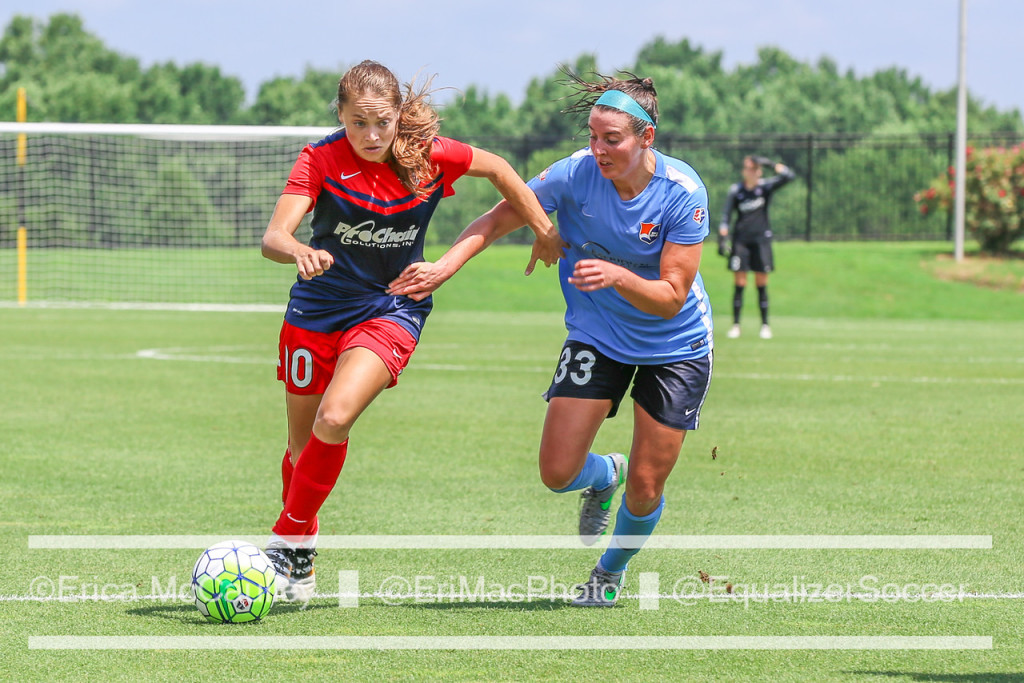 Estefania Banini lit up the scoreboard in July for the Washington Spirit. (Photo Copyright Erica McCaulley for The Equalizer)

The Washington Spirit evened the season series between its regional rival Sky Blue FC with a 3-1 victory on Sunday in a match forced to be played at 11 a.m. ET after it was postponed Saturday night due to inclement weather. Here’s a look at a few of the talking points for Sunday morning’s contest.

Four Times Not The Charm

At media day before the season kicked off, Spirit head coach Jim Gabarra commented that he wasn’t entirely comfortable meeting his former side four times in a season. Four head-to-head matches later, it appears Gabarra’s concerns were valid. To put things in perspective, the Spirit are currently tied for first place in the league and the only other team they’ve lost to so far this season is Portland. Sky Blue seemed to have the Spirit’s number coming into Sunday’s affair. That’s something few pundits would have guessed before the season started.

“Even when you play teams three times in a season, it’s hard to get the upper hand,” Gabarra said when asked about his preseason comments. “You’ll always see maybe one team will win one, the other one one, and they’ll be a draw. It actually benefits us to split with two wins as opposed to draws because you’re not losing points to everybody else in the league, so it was important for us to bounce back today.”

“I wasn’t one who wasn’t going to give them credit or put them at the bottom of the table,” Gabarra later added about the team he previously coached. “So I’m proud of the way they’ve transitioned to me leaving and credit goes to ownership and Christy (Holly) and all the players who are back and all the new players. They’ve got a good team and they’re on a good run.”

Given how the season series between Sky Blue and the Spirit turned out, it will be interesting to see how all the NWSL “rivalry series” pan out as far as expected vs. actual results.

Sunday’s match will stick out in many people’s minds for a number of reasons, not the least of which, the time of day it was played. Postgame, Christie Rampone told the press that it was the first time in her career as a professional, that she’s played a game at 11:00 in the morning.

[CURREN: NWSL Week In Review: What to do during Olympic break?]

Rampone also remarked that she felt the game could have gone on Saturday night after the storms cleared out around 9:30 p.m., but conceded that both teams had to deal with the impact of the rescheduled match.

“First time playing at 11 o’clock in my career, so didn’t really pan out too well for me but no, both teams had to deal with the same thing of lack of sleep, trying to get motivated again and I thought we were there,” Rampone remarked. “We had a really good warm up. It just started to slack and we were a little step behind today…”

On the field, several players recorded their first points professionally for the Spirit in Sunday’s affair. Rookie forward Cheyna Williams and second-year left back Alyssa Kleiner both tallied their first goals, while Caprice Dydasco nabbed her first assist. There is a level of excitement that comes with achieving a “first” of this kind that’s hard to explain. With the Spirit entering a two-week lull before playing Houston on August 18th, it will be interesting to see if these players are able to build off their achievements Sunday.

In the five-game stretch without the Olympic participants, the Argentine forward has recorded four goals. That’s a pretty impressive output considering that she had only one goal to her credit before they departed.

It’s clear that the increased playing time helped the skillful player improve her game as she continues to adjust to the NWSL style of play following a 2015 campaign cut short by injury. The key difference in her play is her decision-making skills which have clearly gotten better over the last month.

“It’s simply a confidence thing,” Gabarra said about Banini’s form as of late. “She’s been getting consistent minutes, she’s been getting consistently rewarded with goals and she’s so good in possession and now we’ve added the element of her playing a little bit quicker and a little bit longer balls, passing and moving and for us to see her, like today on the left side getting to the end line and getting cutbacks that something she wouldn’t have done, even thought about doing months ago. She would have come inside and played little balls and then, we’re defending in transition. So it’s been great.”

With Banini and Nigerian Franny Ordega showing signs of turning the corner professionally turning this period, Gabarra will no doubt have difficult decisions to make when he has his full roster at this disposal.

Can Colombia duplicate World Cup magic in Brazil?
The Lowdown: Team talking points for the break