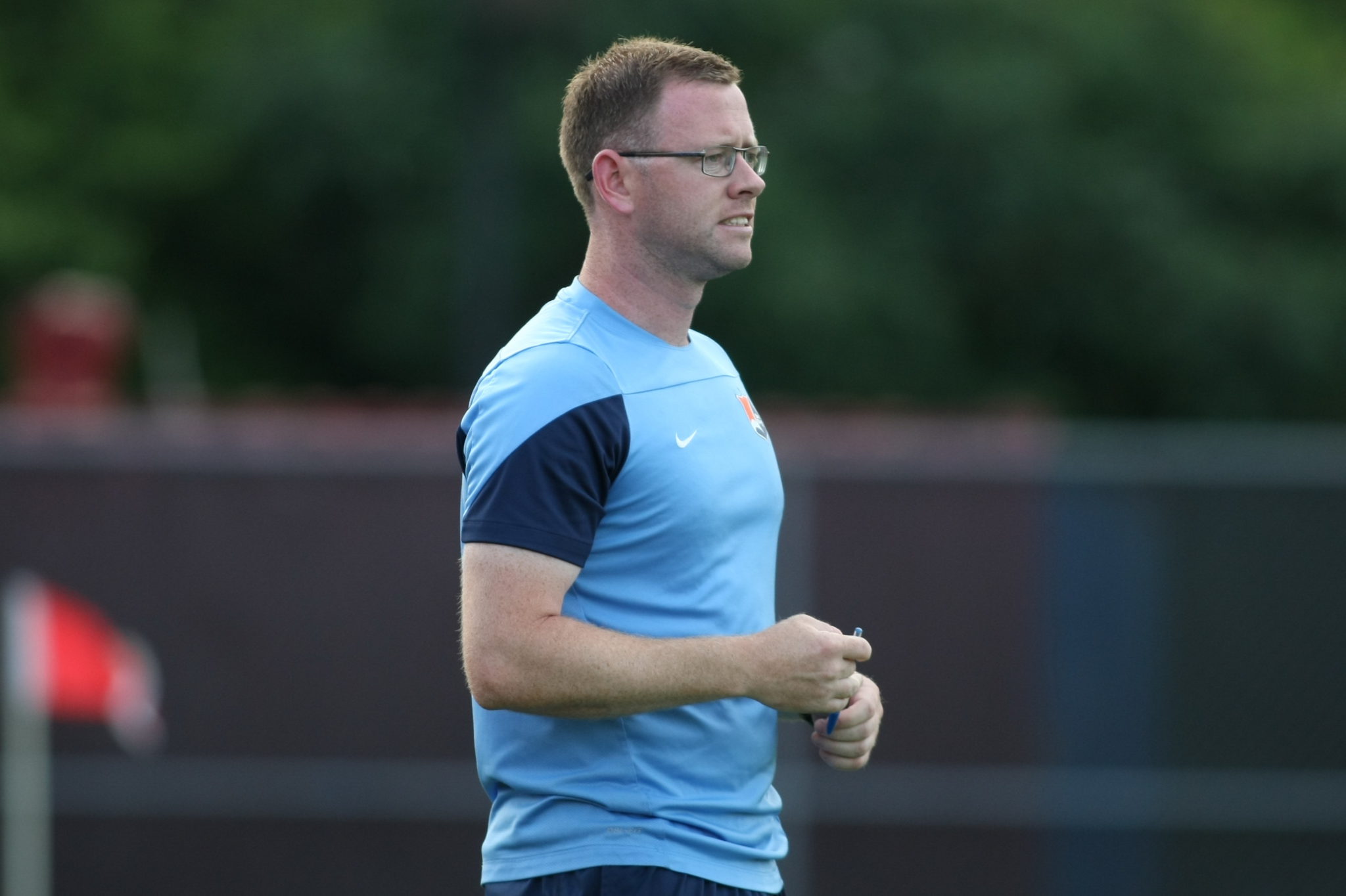 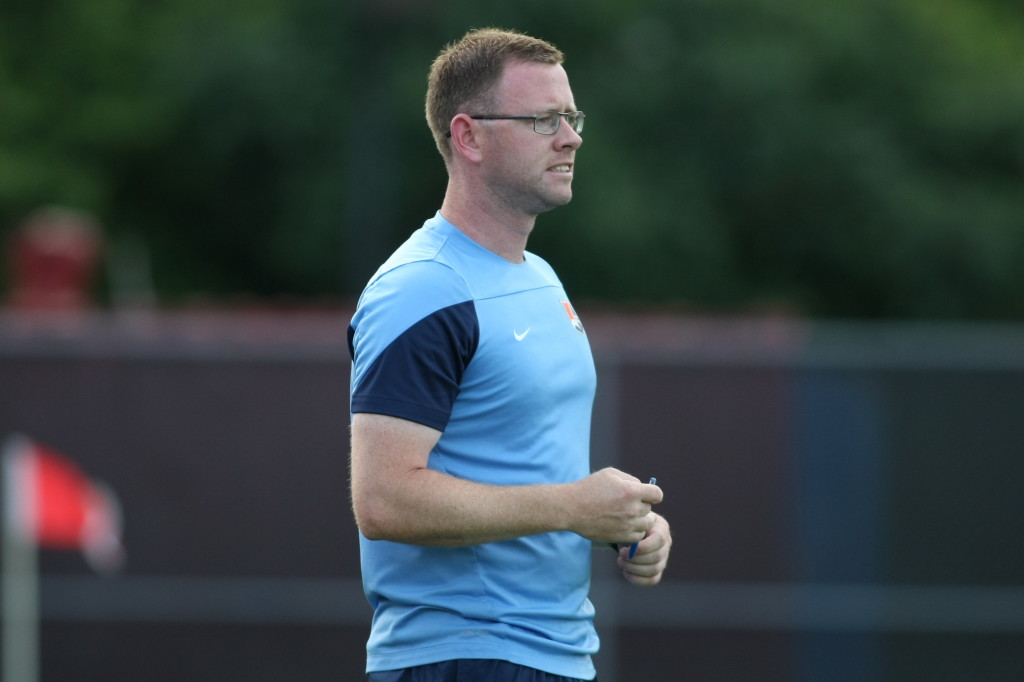 Congratulations if you didn’t belong to this not-so-exclusive group, but it was somewhat difficult to find an NWSL preseason prediction that didn’t have Sky Blue ninth or – gasp! – 10th (yes, behind Boston). Yes, there are only 10 teams currently in the NWSL.

Sadly, I didn’t belong to the Sky Blue believer group as when I sized up the squads in April, Sky Blue slotted in ninth. Hindsight is always much more clear, but let’s remember where we were coming from back then. On Oct. 8, 2015, Jim Gabarra resigned as head coach of Sky Blue without a formal press conference or even announcement, the word leaking out from players he told.

Halloween came and went, as did Thanksgiving and Christmas, and New Year’s Day as well and Sky Blue STILL hadn’t replaced Gabarra. Finally, with the NWSL Draft a week away in mid-January, Sky Blue divulged it had promoted assistant Christy Holly to the top spot, which was greeted by mostly shrugs. Holly had a good amount of coaching experience in Europe, but had never been higher in the States than a Division II college assistant.

He gave the requisite positive quote in the Sky Blue press release: “I am excited to lead this exceptional group of players, on and off the field. Through my years with Sky Blue FC, I have come to know our current players and the amazing talent and heart they possess. As a team, we will be looking to build on this tremendous foundation and supplement it with new talent to help us reach the next level.”

Sky Blue was eighth (of nine) last season with Gabarra and doesn’t exactly have the infrastructure of the teams partnered with MLS (which may be Sky Blue’s eventual destiny, by the way, if it wants to continue to exist in NWSL in the not-so-distant future) or even a Seattle or a Washington, where Gabarra went. It had been – and remains – rooted to the bottom of the NWSL in attendance, so drawing players to central New Jersey would not be easy.

They didn’t have an experienced goalkeeper, and with Nadia Nadim (Portland) and Katy Freels (retired) gone, half of the 22 goals they scored in 2015 went with them. Six more were scored by Sam Kerr, who was a big question mark due to injury and international commitments (and has played only 166 minutes in 2016). Without Lindsi Cutshall and Caitlin Foord, the only reliable defender returning seemed to be soon-to-be 41-year-old Christie Rampone.

But somehow, someway, with six games to go in the 2016 campaign, Sky Blue would be a playoff team if the season ended today, while reigning Shield winners Seattle, two-time defending champ Kansas City, and Chicago would not.

How did Holly and Sky Blue do it? Well, the key may come from the final sentence of his statement. Let’s look back at the 2016 NWSL Draft, just days after Holly was officially appointed. The second pick overall was a relative no-brainer, with Raquel Rodriguez ready to step in and be a solid NWSL player. They didn’t pick again until No. 13, but seemed to have virtually stole Leah Galton, who did not play in a major conference at Hofstra, but might be the NWSL Rookie of the Year, even missing the first month of the season. At No. 23, they grabbed Erica Skroski, who just happened to play her college career on the same field Sky Blue calls home. They finished up by taking goalkeeper Caroline Casey, who has also contributed. So 4-for-4. And actually 5-for-4, when you consider they signed Erin Simon out of Syracuse as an undrafted free agent and she has been more than capable complementing Skroski as an outside back.

Every single week these @SkyBlueFC ladies get better. One big family looking after each other. Ok to the next! #onwardsandupwards

In 2015, despite dealing its first-round pick for Kerr, Sky Blue was able to pick Sarah Killion (thanks to a trade with Boston) and add Kristin Grubka in the second round. Both those players are reliable starters in the middle of the field for Sky Blue. Even with just one USWNT regular (Kelley O’Hara), Holly has plugged the rest of his holes with players like Taylor Lytle, Kelly Conheeney, former draft pick Maya Hayes, and a returning Tasha Kai.

The final result of Holly’s recipe could be a playoff berth. Saturday, even without Rodriguez (international duty) and Killion (injury) in the middle of the field, Sky Blue beat Shield hopeful Washington 1-0 and it was far from a fluke. They have a difficult return match with the Spirit this weekend and then have a relatively favorable slate the rest of the way that should see them have Kerr and O’Hara along for the ride.

Even if they don’t make the playoffs this season, all those players should return for 2017, which means people like me probably won’t be dumb enough to pick them ninth in the preseason.

What else did we learn as we are almost at the Olympic break?

What Went Down: The Equalizer jinx strikes again as the Flash fell a week after we praised their chances to win NWSL. Soccer can be a cruel game, however, as Western New York posted a club high in both shots attempted and shots on goal and didn’t even get a single goal to show for it. So while it was disappointing to lose, the Flash’s barrage of set pieces and long throws continued, it just didn’t result in the goals it had in past weeks.

Official tally from tonight’s game came out to 24 shots and 14 shots on goal.

None of this is meant not to dismiss what FCKC accomplished here. They were dangerous on the counter on numerous occasions, finally breaking through when Tiffany McCarty found Shea Groom for a second-half breakaway (one of a few they were able to manage). Kansas City also set up well to deal with set pieces, with Yael Averbuch and Brittany Taylor (and, of course, Nicole Barnhart) leading the way. Certainly no reason for the Flash to panic, however.

Player of the Game: Nicole Barnhart – It’s likely Barnhart will be NWSL Player of the Week, as she put up one of the best goalkeeping performances in league history. It’s hard to imagine a better one, as she posted a clean sheet with 14 (?!?) saves, several of them good ones, including a spectacular double save in the second half. Bravo.

Under the Radar: Yael Averbuch – Keeping up with Lynn Williams in a footrace is usually a losing proposition for NWSL defenders, but on a couple of occasions, Averbuch at least held her own enough to throw Williams off. She also had a few timely clearances to help FCKC secure the three points.

Inside the Numbers: 14 – Number of saves by Barnhart in this game, an NWSL record

What Went Down: Leah Galton may not have been the constant threat she was in some other matches, but she ran past the entire right side of Washington’s team on what turned out to be the winning goal, including Megan Oyster at the end. From there, Sky Blue gave Washington very few opportunities, which was particularly surprising given the absences in the SBFC midfield. But the Spirit never quite got on track offensively. Although how they didn’t score here we may never know (thanks to Erica Skroski):

Like the Flash, while disappointing, this match probably shouldn’t be that distressing long-term, but it might be should the Spirit lose the return leg of the home-and-home this week heading into the Olympic break. Another Sky Blue win brings them within one point of the Spirit, which would be fairly remarkable.

Player of the Game: Erin Simon – It becomes more and more clear with each game that Simon should have been drafted by someone, anyone in the NWSL as she put together another solid performance, helping Sky Blue shut down a previously rolling Spirit attack (even if it got a little harrowing at the end).

Under the Radar: Nikki Stanton – Stanton is the perfect example of a role player that every NWSL team needs, especially at this time of year. She made nine appearances, starting three games in 2015 and this was her third start of 2016, but she was solid in the middle when her team needed her and key to the three points earned.

Inside the Numbers: 3 – Number of shots on goal for Sky Blue in the contest. So while the end result wasn’t a complete fluke, SBFC didn’t exactly generate a lot of offense, especially in the second half.

What Went Down: The perils of not putting a game away when you have the chance struck the Red Stars and it probably couldn’t have come at a worse time. Chicago remains unbeaten at home, but its playoff chances are looking more and more precarious. Rachel Daly got the equalizer off a nice assist from Kealia Ohai, but the real concern for the Red Stars was never getting a second goal. Like Washington, they face a big game this week, against Kansas City. The Dash should be feisty and not an easy team to beat the rest of the way.

Player of the Game: Vanessa DiBernardo – With Chicago dominating, DiBernardo came within inches of giving the Red Stars a 2-0 lead in the first half that probably would have taken the wind out of Houston’s sails. Instead, only one point, but DiBernardo’s distribution was very good.

Under the Radar: Cari Roccaro – Roccaro didn’t start off the game well and has had some tough moments this season, but seemed to find her stride late in the first half and the second, and was a big reason why the Dash escaped with a point.

Inside the Numbers: 16, 18 – Number of fouls and corner kicks, respectively, in a rare case when the latter was bigger than the former. It was a very clean match that also featured zero cards.

What Went Down: This isn’t really that surprising a result when you look at who was available for each team, but it should serve to give the Reign a little confidence this week against Portland. Unfortunately for them, they’ll have to wait another month to build off it. Despite their struggles, the Reign are only two points out of a playoff berth, but they close Portland, Chicago, Washington, Washington, Houston out of the Olympic break, so if they make the playoffs, they’ll have earned it.

And while five goals is certainly great for business (as are some Kendall Fletcher backflips), there are still some concerns about the Reign defense after conceding a couple more. But after a must-win game against depleted Portland this weekend, they’ll have plenty of time to figure that stuff out, and I’m sure Laura Harvey will do her best.

Defender goals are the best. Service from Barnes. Goal and flip by @kendallfletcher. #SEAvORL pic.twitter.com/D89usp4sSS

Player of the Game: Manon Melis – Since coming back from her injury, Melis has looked very strong and her goal here may set her up to be a threat for the rest of the way. Hopefully, for the Reign the Olympic break doesn’t serve to cool her off.

Under the Radar: Jasmyne Spencer – Her team was thoroughly beaten, but Spencer had another solid match for the Pride (including another nice goal) and her play this season should not be overlooked even if Orlando (which now seems likely) does not make the playoffs.

Inside the Numbers: 23 – Number of shots for Seattle in this match, as the Reign seemed to channel their teams of the last couple of seasons at home, even if they were up against a shorthanded opponent.