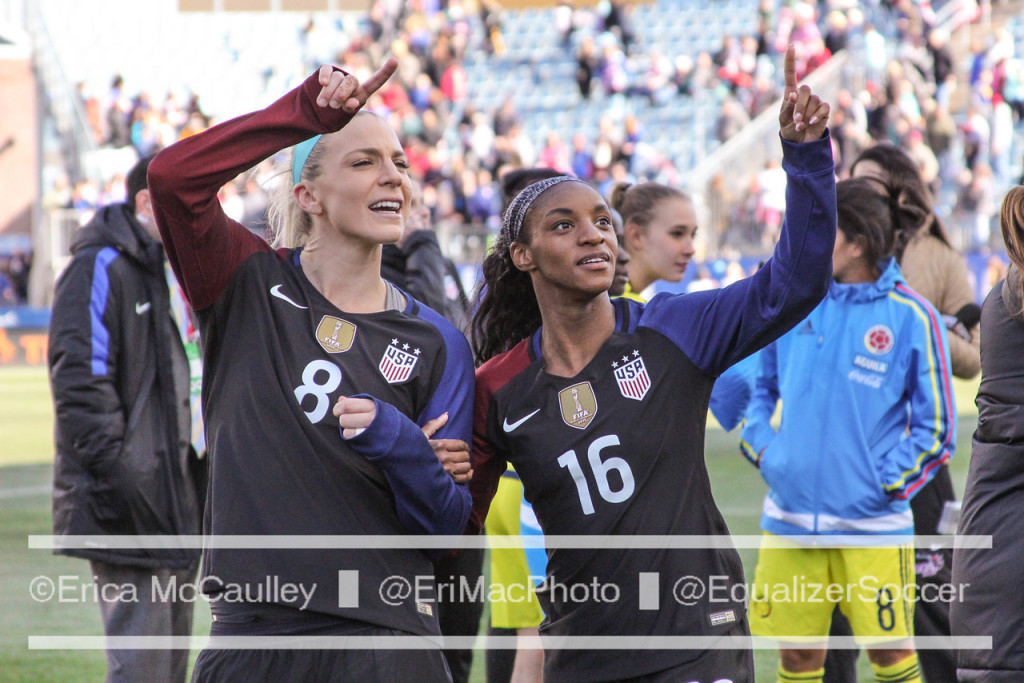 Next stop: Rio. (Photo Copyright Erica McCaulley for The Equalizer)

Everything played out as expected on Friday night in the United States women’s national team’s final official exhibition match before the Rio 2016 Olympics. Crystal Dunn, Mallory Pugh, Carli Lloyd and Christen Press all scored to lift the U.S. past Costa Rica, 4-0 at Children’s Mercy Park in Kansas City, Kan.

The Americans now turn their attention to Brazil, where they are in search of unprecedented milestones. No team has ever won the Olympics the year after winning the World Cup, something the 2015 world champions are determined to change. And the U.S. women are looking to claim an unprecedented fourth straight Olympic gold medal and fifth in six Games to feature women’s soccer.

What a goal for @MalPugh on a terrific night in Kansas City!

Friday’s match didn’t necessarily offer anything new, which U.S. fans can take in both a positive and a negative light. U.S. coach Jill Ellis’ lineup was nothing new or surprising, but it also lacked Megan Rapinoe, Tobin Heath and Morgan Brian as all three look to recover from injuries. Heath and Brian are dealing with nagging hamstring issues, while Rapinoe has since returning to full training strained her right calf. Heath and Brian played the final few minutes, but Rapinoe was withheld from the match altogether for precautionary reasons. She hasn’t played a competitive match since October after tearing her ACL on Dec. 4.

On Friday, Dunn opened the scoring in the 15th minute, tapping in a low cross from Meghan Klingenberg. Seven minutes later, Pugh finished a left-footed shot after an individual effort on the dribble.

Lloyd made it 3-0 just before halftime, finishing a feed from Becky Sauerbrunn, and Press added an insurance goal in the 79th minute.

[MORE: The one-year evolution of the U.S. women’s roster]