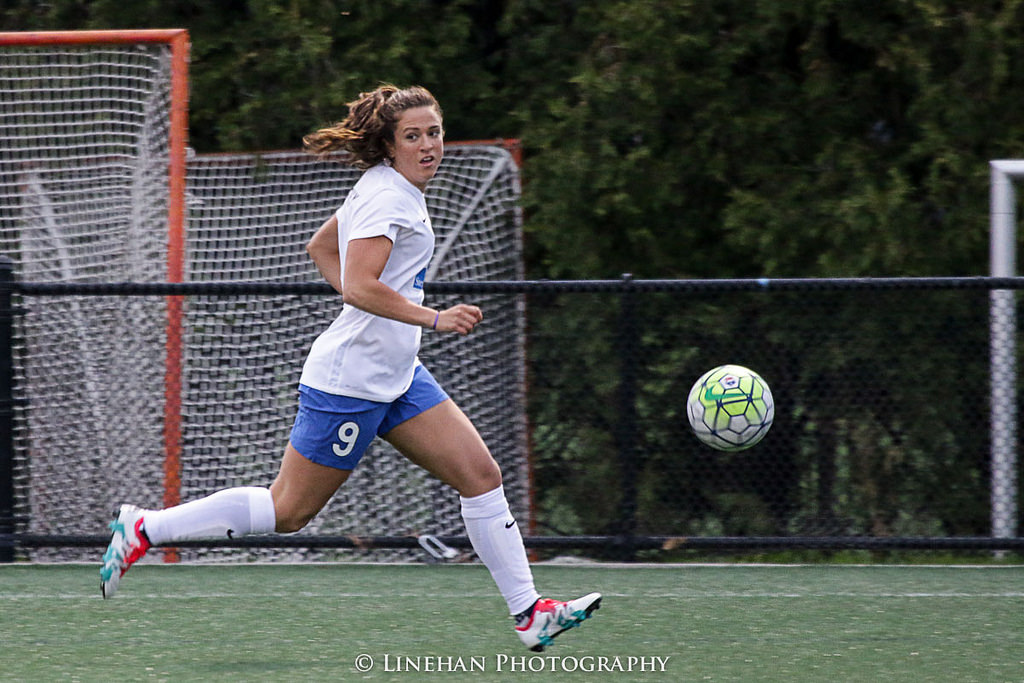 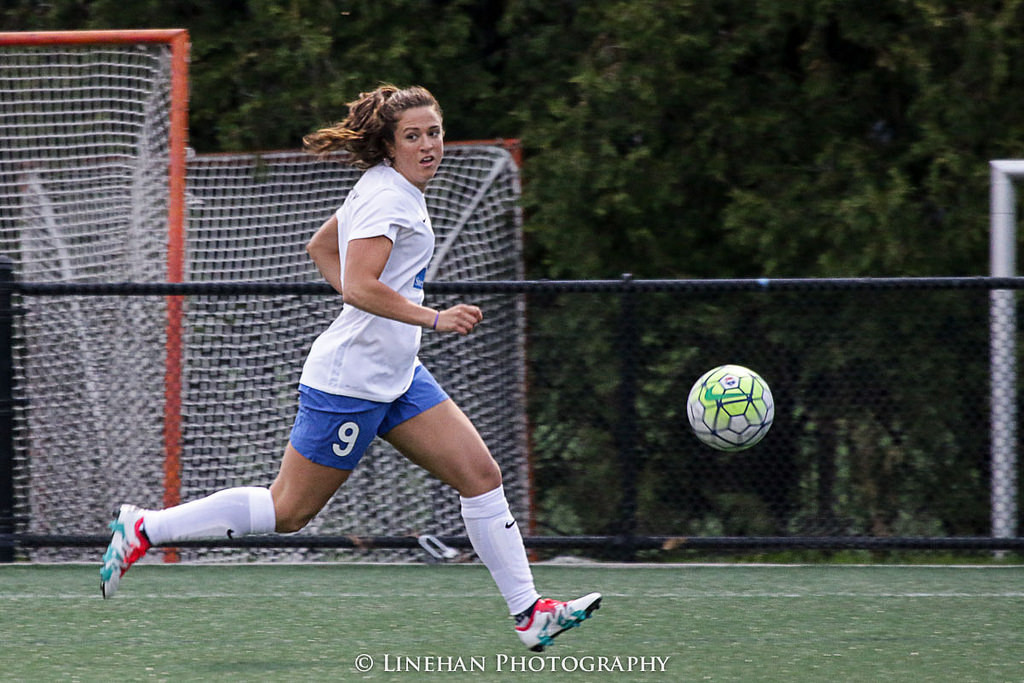 Stephanie McCaffrey is now a Chicago Red Star after being traded in a deal announced Friday. (Photo Copyright Clark Linehan for The Equalizer)

The Chicago Red Stars acquired forward Stephanie McCaffrey from the Boston Breakers on Friday in exchange for four picks in the 2017 draft and an international roster spot for the 2017 season. To acquire the No. 5 pick in the 2015 draft, the Red Stars shipped their two highest second-round highest picks in next year’s second round, plus their third- and fourth-round picks.

The trade ends a roller coaster tenure in Boston for McCaffrey, who was originally drafted by the Red Stars and then traded to the Breakers in the same hour in exchange for the picks that turned into Danielle Colaprico and Sofia Huerta. She impressed as a rookie, tallying three goals and three assists while displaying uncommon patience and holdup play for the last-place Breakers. Still, her then head coach Tom Durkin was often critical of McCaffrey’s overall effort. However, U.S. coach Jill Ellis saw enough to call McCaffrey in for parts of the victory tour last fall (she had briefly trained with the full team following U-23 camp in January 2015) and she scored on her international debut against Brazil last October.

McCaffrey last played for the United States in Olympic qualifying against Puerto Rico, tallying an assist in her only appearance in the tournament. She was not named for the SheBelieves Cup or for any of the team’s gatherings since.

[The Lowdown: Kealia Ohai walks the walk in Dash win]

The second NWSL season for McCaffrey has been a struggle. In a dozen appearances–10 of them starts–covering 921 minutes, she had neither a goal nor an assist and was rarely a factor in the attacking third. Although her performance took a step forward in recent weeks, Breakers general manager Lee Billiard indicated the parting of ways was mutual.

“Both parties feel the time is right to part ways,” Billiard said as part of a statement released by the Breakers. “We wish Steph the very best in Chicago and her continued career.”

By moving from Boston to Chicago, McCaffrey jumps six places in the standings and will have an opportunity to play with Christen Press following the Olympics. But despite sitting above the red line, the Red Stars have struggled to score goals and McCaffrey’s arrival could be considered a warning shot to Huerta and Jen Hoy, who have not produced as they did a year ago while Press and the other international players were away from the club.