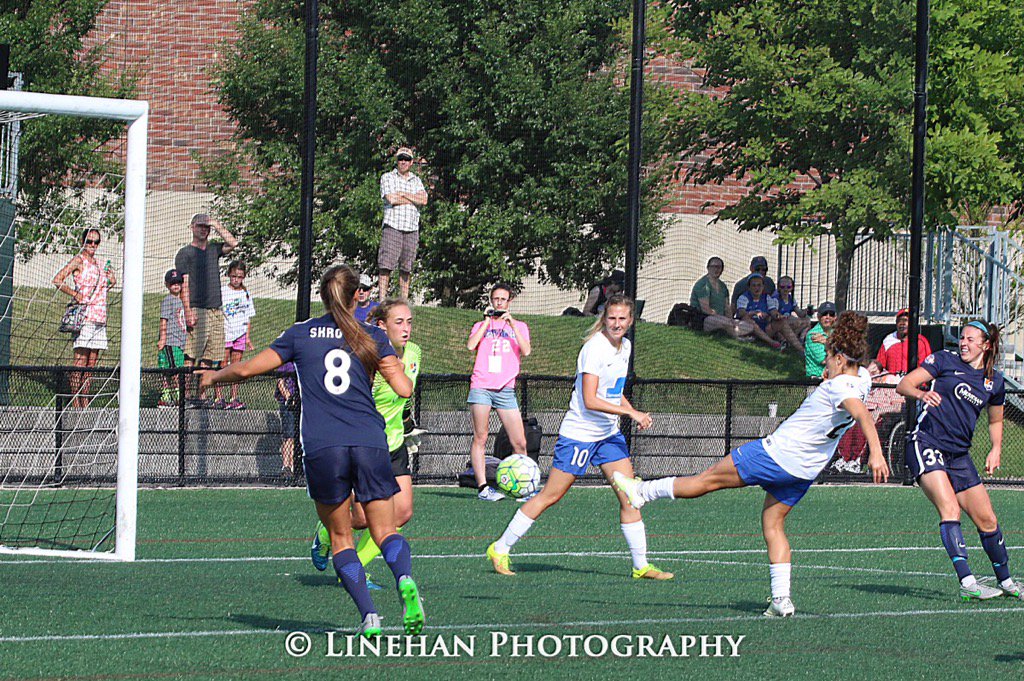 Sky Blue FC came from behind to beat the Boston Breakers 3-2 on Sunday evening, in front of a crowd of 3,314 at Jordan Field in Boston. The win puts Sky Blue in 5th place with 19 points — still within reach of the playoffs — while Boston sit at the bottom of the table with just four points.

Angela Salem opened the scoring for Boston in the 3rd minute. After two shots by Boston’s Eunice Beckmann, Salem was waiting at the top of the six-yard box for the rebound, and volleyed it home to give her side the 1-0 lead. The goal was Salem’s first of her NWSL career.

But Sky Blue was awarded a penalty kick in the 27th minute, when Leah Galton’s speed was no match for the Breakers’ defence and she was taken down by Christen Westphal. Sarah Killion converted the penalty to level the score.

Sky Blue took the lead in the 37th minute through Galton. Natasha Kai crossed the ball in front of goal and Galton timed her run perfectly and was able to put it away.

Sky Blue added to their lead in the second half, a header by Erica Skroski in the 73rd minute. It was Skroski’s first professional goal.

Boston was able to get one back in the 85th minute when Julie King headed a free kick from Louise Schillgard into the back of the net. But Boston could not find the equalizer, and this one ended 3-2 for the visitors.

Wish I could be playing for @BostonBreakers tonight v @SkyBlueFC … but will be watching my team. Let’s go #Breakers #3Points ⚽️

The Breakers have next week off and will host the Orlando Pride on Sunday, July 31, while Sky Blue host the Washington Spirit next Saturday, July 23.

France beats China in first Bruno Bini Bowl
NWSL Week In Review: Flash show they are near top to stay