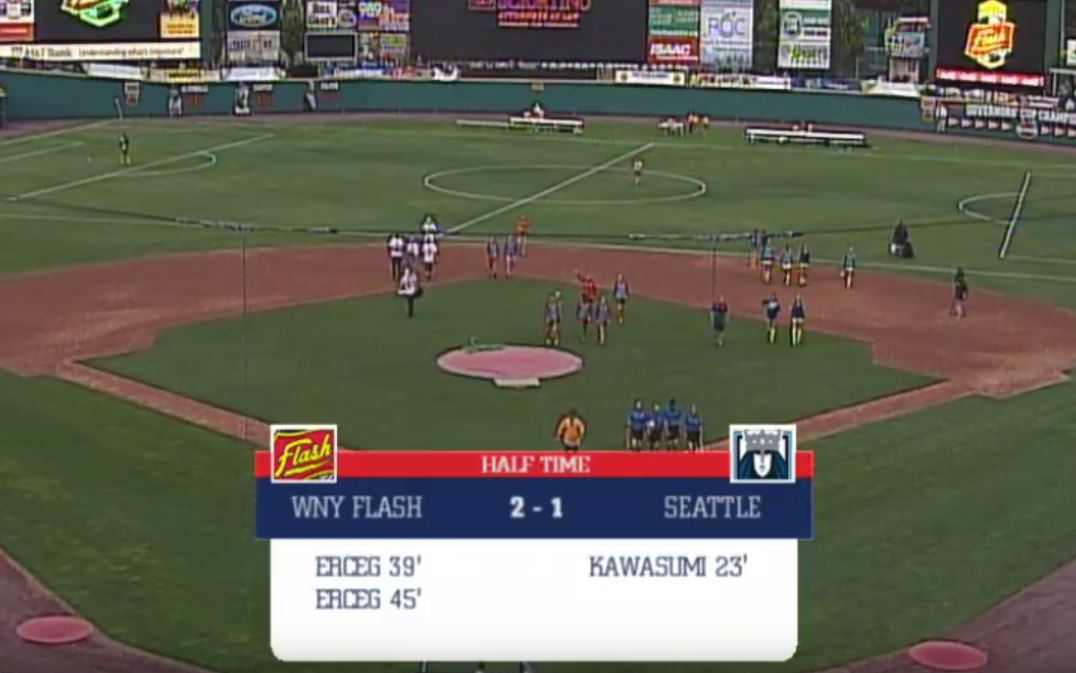 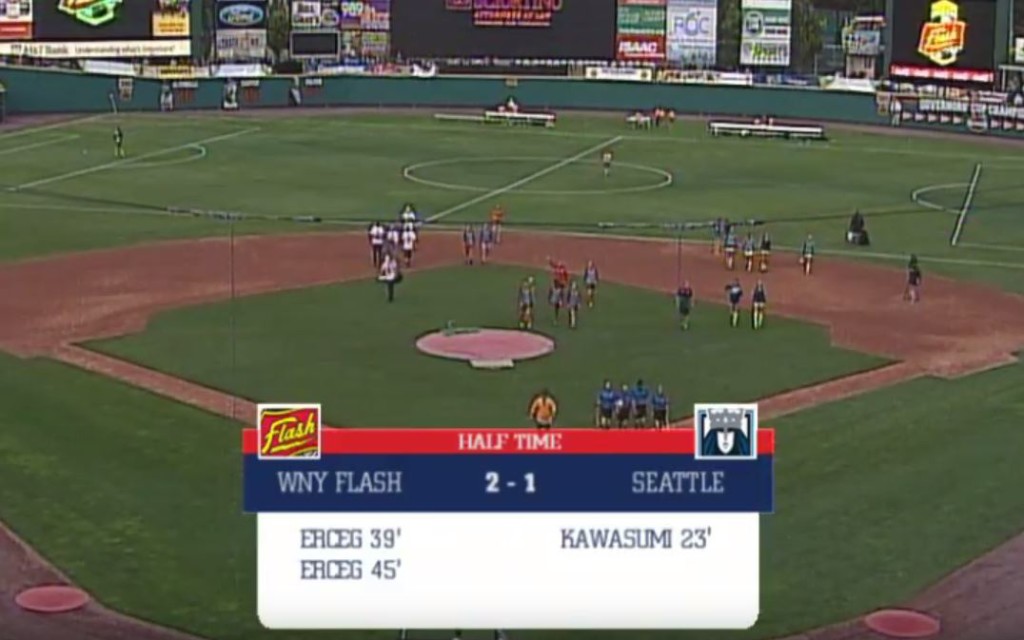 The Western New York Flash on Friday took full responsibility for last week’s use of an undersized field in Rochester, N.Y., which drew international headlines.

Flash owners Joe Sahlen and Alex Sahlen said in a statement Friday that “a lack of oversight on behalf of our organization in preparing and operating Frontier Field…ultimately resulted in an embarrassment for our league. The father and daughter, who have operated the Flash since 2009 through four different leagues, apologized to Seattle Reign FC and its players, and to the National Women’s Soccer League for “tarnishing its reputation.”

Last Saturday, the Flash defeated the Reign in the outfield of Frontier Field, a baseball stadium a few city blocks from the Flash’s usual home, Rhinos Stadium, in Rochester, N.Y. Rhinos Stadium was already booked for a 90s throwback concert, headlined by TLC.

The Flash announced in late June that the match would be played at Frontier Field, which has previously hosted the Rochester Rhinos and the United States women’s national team, including the game which saw Mia Hamm score her 100th international goal in 1998 and a 2004 Olympic gold-medal victory-tour match.

On Saturday, however, the field did not stretch into the infield of the baseball diamond. It was estimated to be 58 yards wide and 100 yards long. FIFA’s minimum standards call for 50 yards wide and 100 yards long; the NWSL requires fields to be 70 yards wide and 110 yards long, but Frontier Field was given an exemption for last week’s match — apparently under the assumption that the field would be larger than it actually was. The Sahlens in their statement said, “Certain dimensions were designated and communicated to the league and to our opponent,” but did not specify those dimensions.

The Sahlens continued to state that Western New York remains committed to the NWSL and to the advancement of women’s soccer.

“Our club has continued to be dedicated and invested through several iterations of women’s professional soccer and we will continue to work hard to grow the league and the game in the most positive ways possible.,” the statement reads.

Carolina RailHawks prez on NWSL: ‘We are interested’
Week 13 Preview: Which Spirit side will show up?