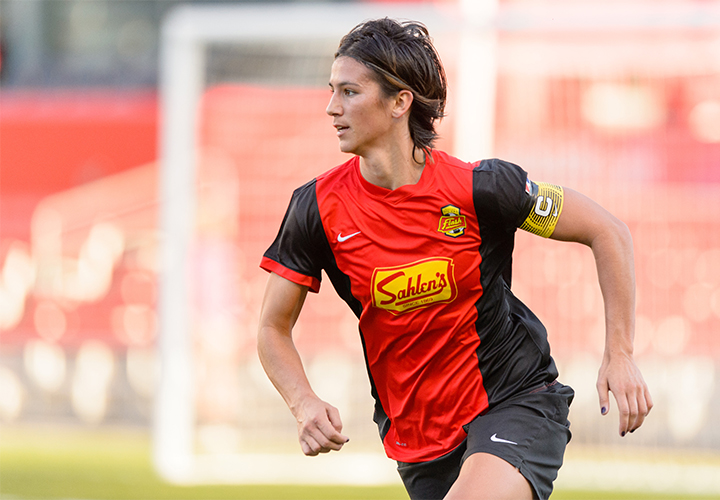 Despite all the talk about the inappropriately sized playing field, there was an actual soccer match to be played in Rochester, N.Y., on Saturday. And the Western New York Flash defeated Seattle Reign FC, 3-2 to apply pressure to the NWSL-leading Portland Thorns.

New Zealand international and Flash captain Abby Erceg scored twice in the first half — the first one controversially and both via long throw-ins, which Jessica McDonald could throw particularly deep on the narrow field (estimated at, ostensibly, 58 yards wide).

Erceg’s first goal in the 39th minute initially was called off as Lynn Williams was deemed offside, despite not touching the ball. But after a long debate, the goal was awarded, with the passive offside being deemed as not affecting the play. The sequence also cost the Reign goalkeeper Haley Kopmeyer, who went down with a left ankle injury — it appeared without contact — and was stretchered off the field. Andi Tostansky replaced Kopmeyer in net and conceded the Flash’s second goal, also scored by Erceg, after mis-playing a throw-in.

Lynn Williams scored the eventual game-winner in the 83rd minute, a needed goal after Japanese international Rumi Utsugi pulled one back for the Reign in stoppage time. Nahomi Kawasumi opened the game’s scoring in the 22nd minute.

The victory put the Flash (8-4-0, 24 pts.) within two points of league-leading Portland, which was set to kick off against FC Kansas City later in the night.