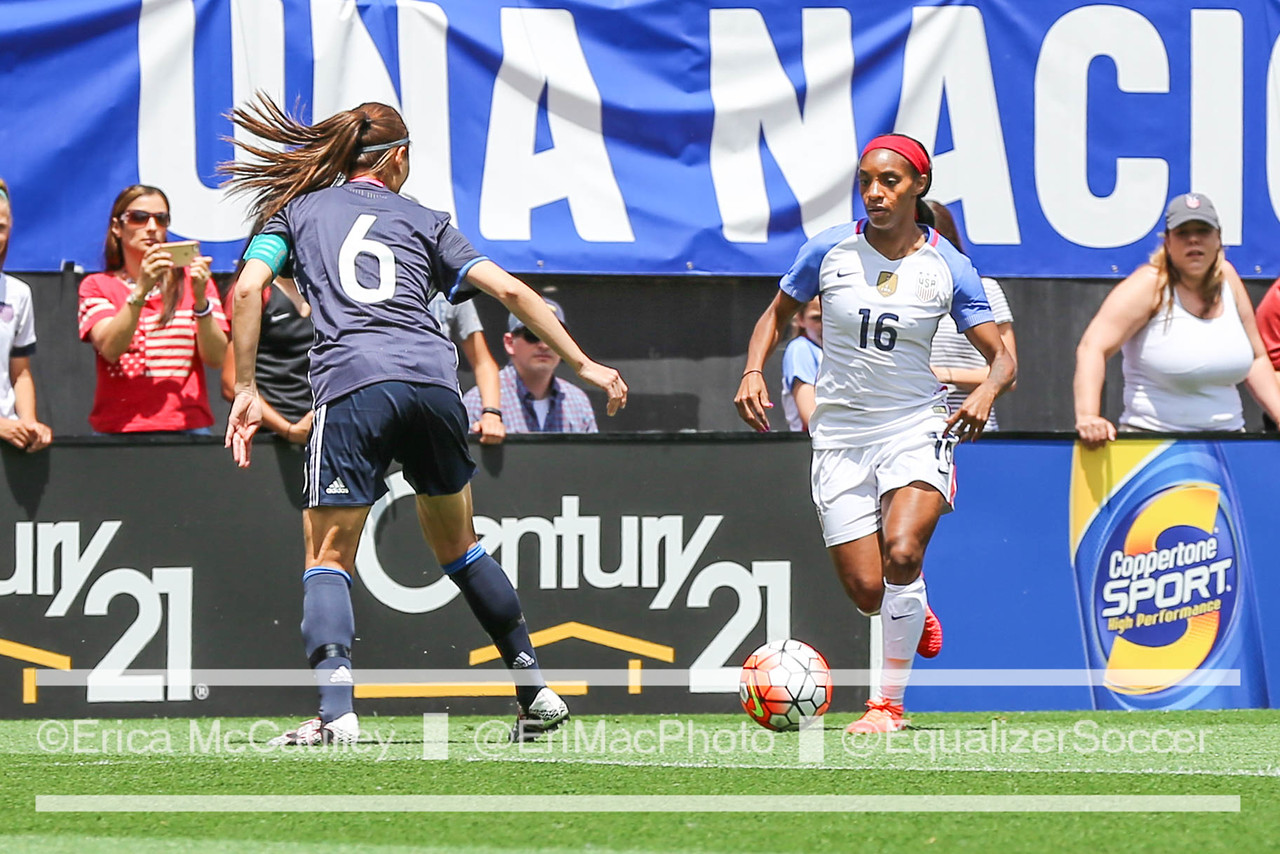 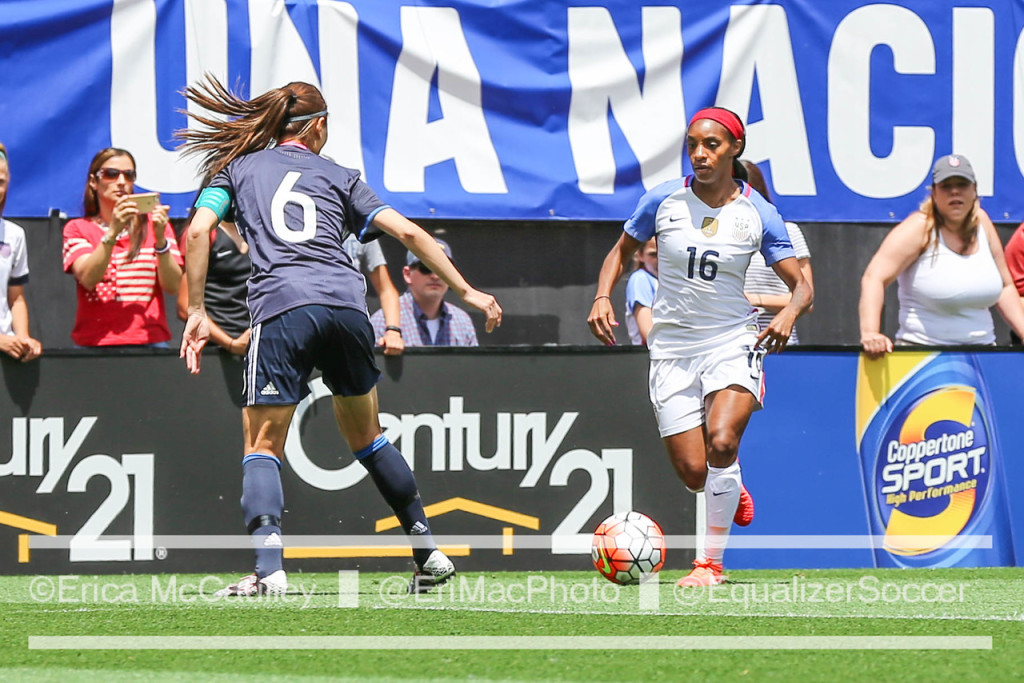 Crystal Dunn’s goal was the USWNT’s only tally against South Africa. (Photo Copyright Erica McCaulley for The Equalizer)

Crystal Dunn’s lone goal proved to be the difference on Saturday at Soldier Field in Chicago as the United States women’s national team defeated South Africa in its penultimate match before the Rio 2016 Olympics.

Dunn scored in the 35th minute, finishing a cross from Mallory Pugh at the back post after Pugh’s service skipped through the box past three South Africa defenders.

We could get used to this. https://t.co/Xn87hEVlKx

Carli Lloyd played her first competitive minutes in 10 weeks after spraining her MCL with the Houston Dash. She entered the match at the start of the second half, replacing Lindsey Horan in midfield.

The shutout was the 100th of Hope Solo’s career. She is the first goalkeeper to achieve such a feat internationally.

U.S. coach Jill Ellis was forced to deploy a lineup slightly different from the one which she has used recently, due in large part to injuries. Tobin Heath and Morgan Brian were held out of the match with nagging injuries, and Megan Rapinoe, thought back to full training after tearing her ACL in December, did not suit up for the match.

Saturday’s game was the last before Ellis will name her 18-player roster for the upcoming Olympics, where the U.S. — also reigning World Cup champions — looks to win an unprecedented fourth straight gold medal. The U.S.’ sendoff game will take place July 22 against Costa Rica in Kansas City.

The U.S. will play New Zealand, France and Colombia in group play at the Olympics; the tournament begins on August 3. South Africa is grouped with Sweden, China and host Brazil.

On Saturday, South Africa proved to be organized and game for the challenge against the world’s No. 1 team, defending with a purpose and possessing the ball at times, though they hardly threatened Solo’s goal. Coach Vera Pauw will be pleased with her side’s fight in the match.