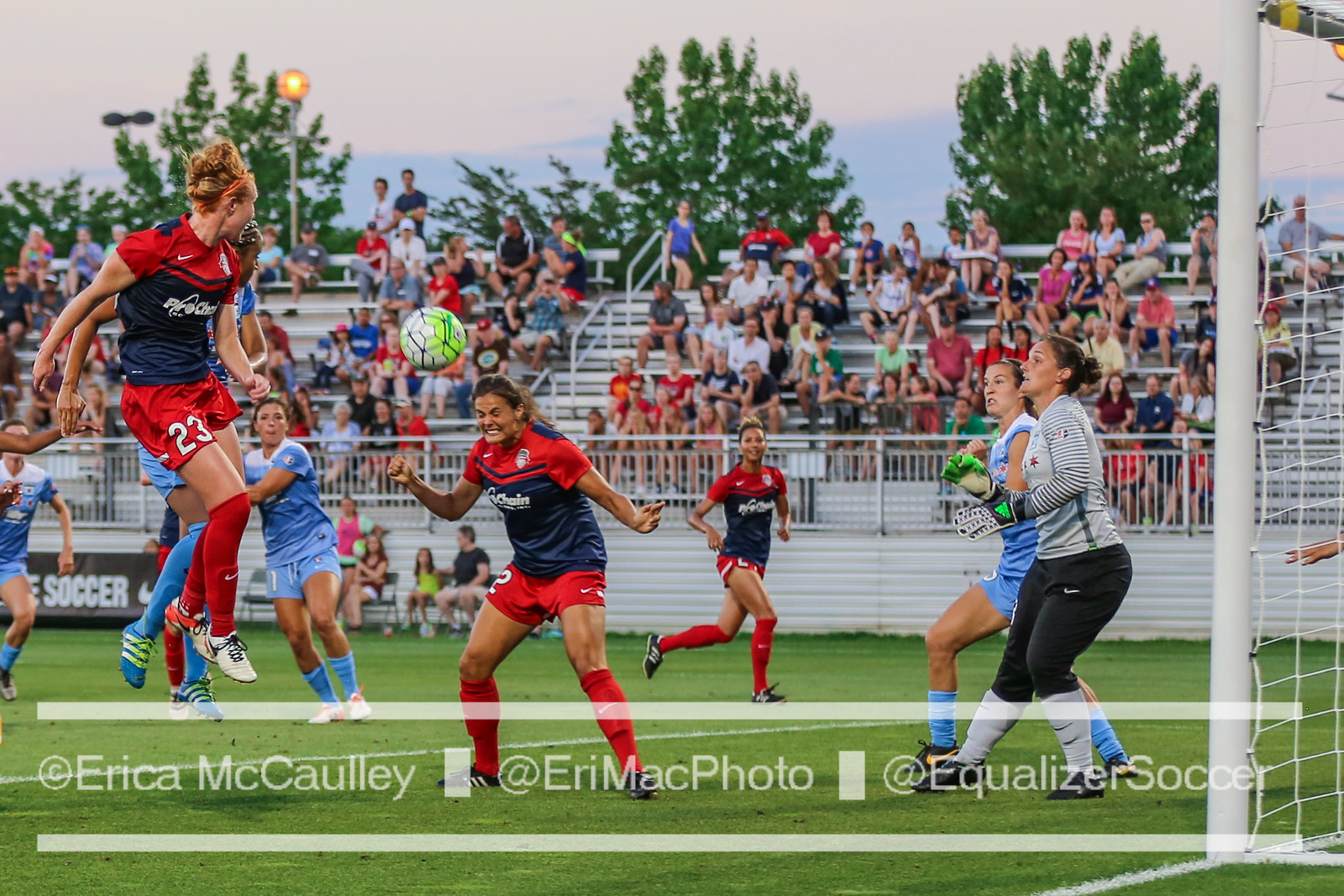 The Spirit dominance of the Red Stars continues with a 2-0 victory on Saturday night at the Maryland SoccerPlex. After losing twice to the Red Stars in 2013 the Spirit improved their all-time mark against Rory Dames’s side to 6-2-1. In losing their third game in a row for the first time in NWSL the Red Stars left the Western New York Flash as the only club in the league history never to lose three straight.

The Spirit struck first in the 20th minute. Joanna Lohman won the ball and played it in tight quarters to Christine Nairn who made another tight pass to Estafania Banini. From there Banini and Francisca Ordega worked a give-and-go that ended with Banini beating Michele Dalton to the far post.

If Dalton could have gotten a paw on Banini’s goal she took one away from Capryce Dydasco who sent a beautifully curled shot with eyes for the upper 90 before the keeper made a sprawling save in the 65th minute.

The insurance goal came in the 74th minute. Katie Stengel trotted on the pitch to replace Ordega. She took her place in the Red Stars penalty box and promptly finished Christine Nairn’s corner kick to make it 2-0.

The Spirit (7-2-2, 23 pts) remain in third place but with the Thorns loss have now have a clear path to first having dropped the fewest points in the league. They are at FC Kansas City next weekend. The Red Stars (5-4-3, 18 pts) will look to get back in the win column next Saturday at Orlando.