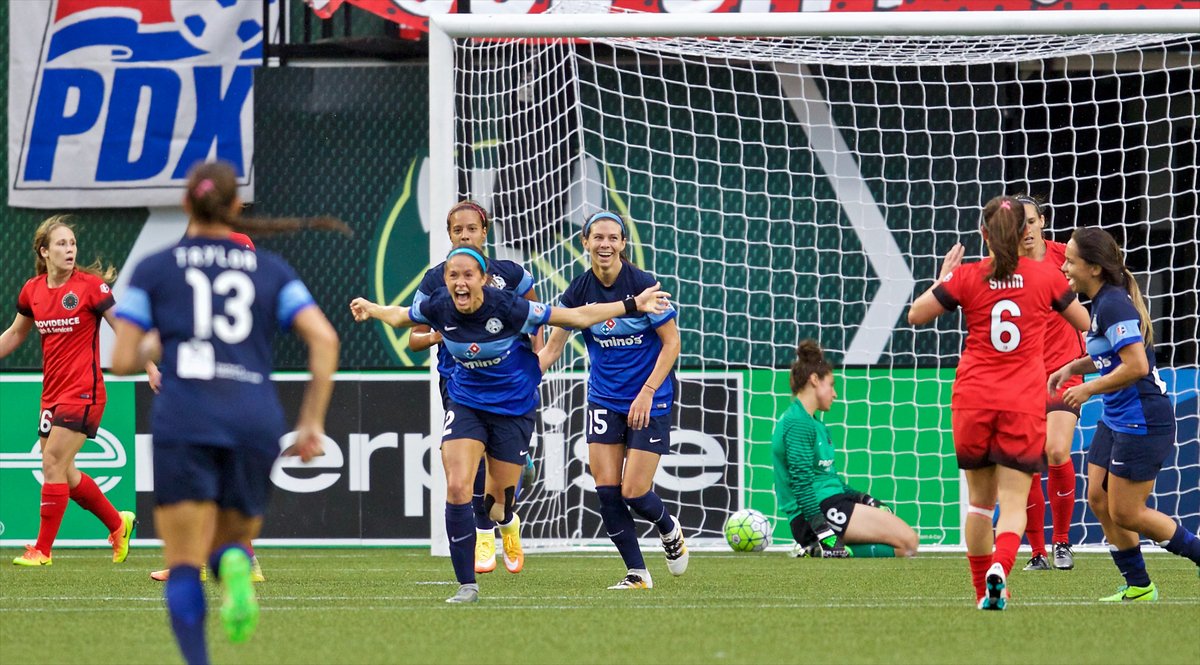 Shea Groom scored once in each half — both time with her head — to lift the Blues to their biggest victory of the season. FC Kansas City remains in eighth place but climbs withing five points of a playoff spot after a poor start to the season, following the loss of several key players in the offseason and midseason.

Groom’s first goal came in the 23rd minute when she rose high to head in a cross from Tiffany McCarty, who had collected the ball after Erika Tymrak smacked a shot off the post. McCarty again played provider in the 54th minute, getting endline and lofting a ball to the back post for Groom. It’s the first time in 13 games this season that the Thorns have conceded multiple goals.

Portland pulled one back in the 76th minute, when Kat Williamson — 15 minutes after checking into the match for her first game action since late April — but it wasn’t enough for the Thorns, whose unbeaten run ended at 12 to start the season. Seattle Reign FC’s 16-game unbeaten streak to open the 2014 season remains the longest in league history.