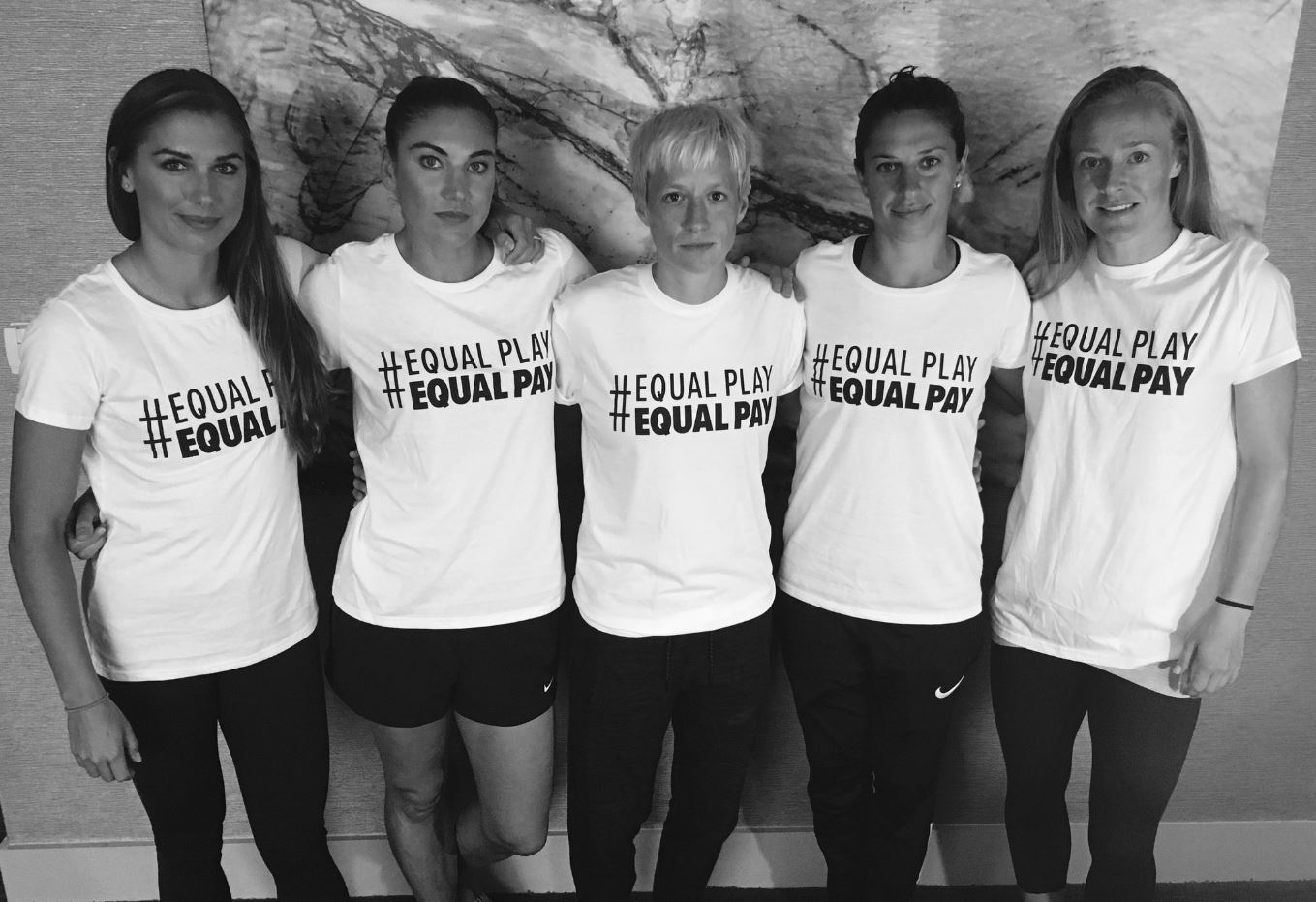 The United States women’s national team, having recently been told that the no-strike clause in its collective bargaining agreement is binding, is turning to the court of public opinion — again.

U.S. women’s players took to social media on Thursday with the hashtag, #EqualPlayEqualPay, to further display their desire for better compensation from U.S. Soccer.

Alex Morgan, Hope Solo, Carli Lloyd, Megan Rapinoe and Becky Sauerbrunn — the five players representing the U.S. women’s team in a wage discrimination claim against U.S. Soccer with the Equal Employment Opportunity Commission — are pictured in the social media posts wearing shirts with the #EqualPlayEqualPay statement on them. Players will wear the shirts at upcoming media events, according to the New York Times. They may also wear temporary tatoos with the slogan during Saturday’s match against South Africa.

Rapinoe told the Times on Thursday that the move comes out of frustration with the lack of progress being made regarding a new CBA. Rapinoe, who just returned to full training in her race to get fit in time to make the 18-player Olympic roster, has been involved in negotiations even during her rehab from a torn ACL suffered in December. She says that U.S. Soccer president Sunil Gulati has not personally attended a negotiation yet.

“It’s quite frustrating to know that he’s making comments that he wants to get a deal done, but he hasn’t come to one meeting,” Rapinoe told the Times. “I’ve been to three meetings, flown six hours across the country and interrupted my rehab to come to New York, where he lives. And he can’t come to one meeting.”

Gulati confirmed to the Times that he had not directly taken part in the talks, but that U.S. Soccer is focused on reaching a new CBA.

Last month, in a ruling independent of the EEOC claim, an Illinois judge ruled that the U.S. women’s national team is bound to the terms of its previous CBA, which expired at the end of 2012, and includes a no-strike clause. Those terms, upheld by a memorandum of understanding, expire at the end of this year.