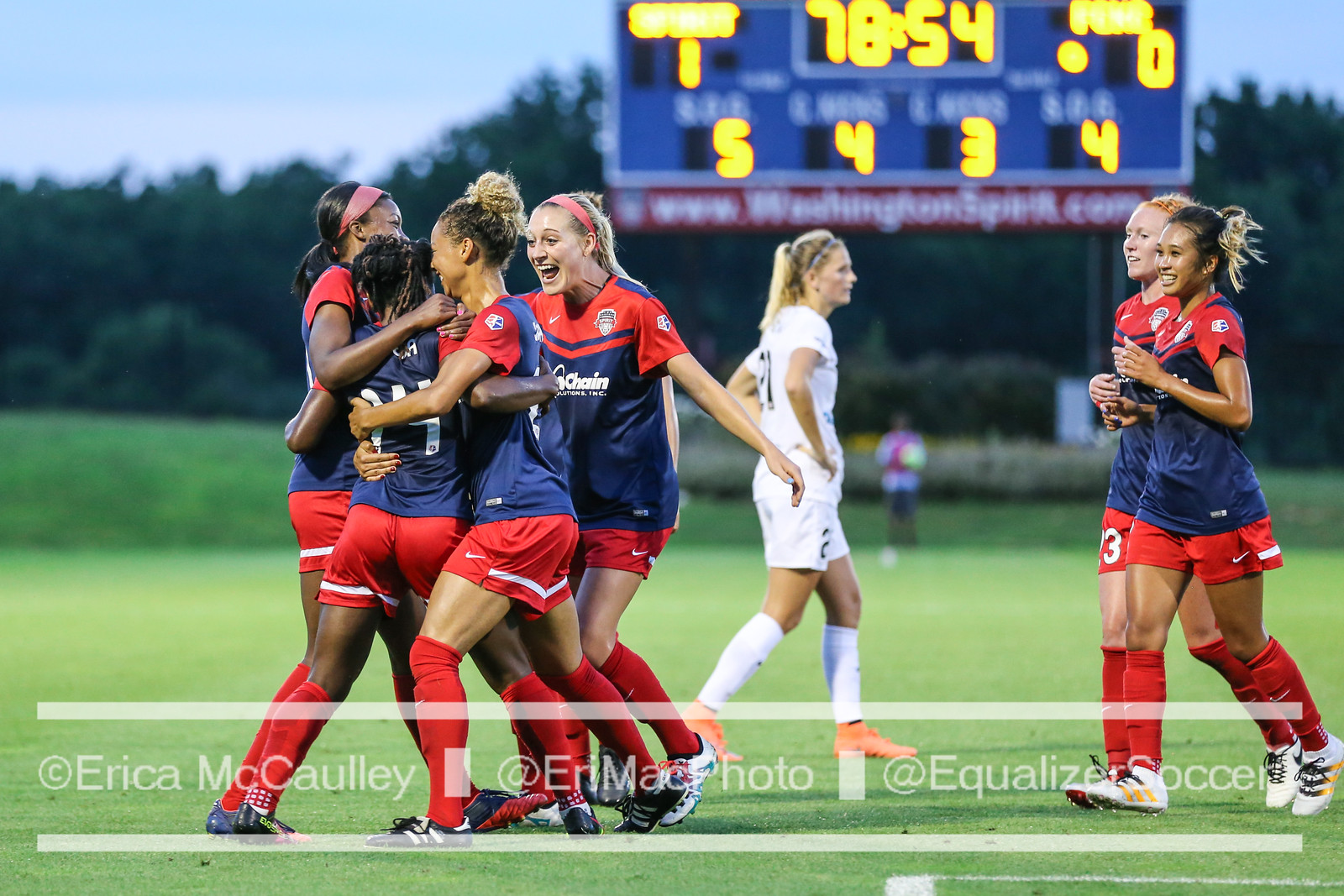 The first half lacked major opportunities other than a shot from Joanna Lohman being kicked away near the goal line, and a free kick by Yael Averbuch from long distance going straight to Kelsey Wys.

The second half saw Shea Groom nearly give Kansas City the lead in the 54th minute when she headed the ball towards the goal but off the crossbar.

The Spirit had an opportunity to score in the 70th minute when Joanna Lohman stole the ball and Ordega then took over the play, passed the ball across the top of the box where Estefania Banini played dummy and Christine Nairn unleashed a shot that was smothered by Barnhart.

It was until the 79th minute that Ordega broke the deadlock. The play began with Caprice Dydasco playing the ball into space for Nairn, who played it back to Dydasco, who then crossed the ball into the area. Ordega attempted to shoot with her back to goal, but failed, then Lohman attempted to shoot, but fell in the box. Averbuch attempted to clear the ball, but it went off Ordega’s thigh, and the forward quickly took a shot that went past Nicole Barnhart.

Just five minutes later, Tori Huster secured the victory for the Spirit off a corner kick. Nairn served the ball to the far post where two Spirit players went up for the ball. After it bounced around in the six-yard box, a wide-open Huster had to simply boot it in for the goal.

With the win, the Spirit moved into third place in the standings.

Next week, the Spirit will host the Chicago Red Stars on Saturday, July 9th, at 7:00 p.m. ET while Kansas City will travel to Portland where they will take on the Thorns at 10:30 p.m. ET.