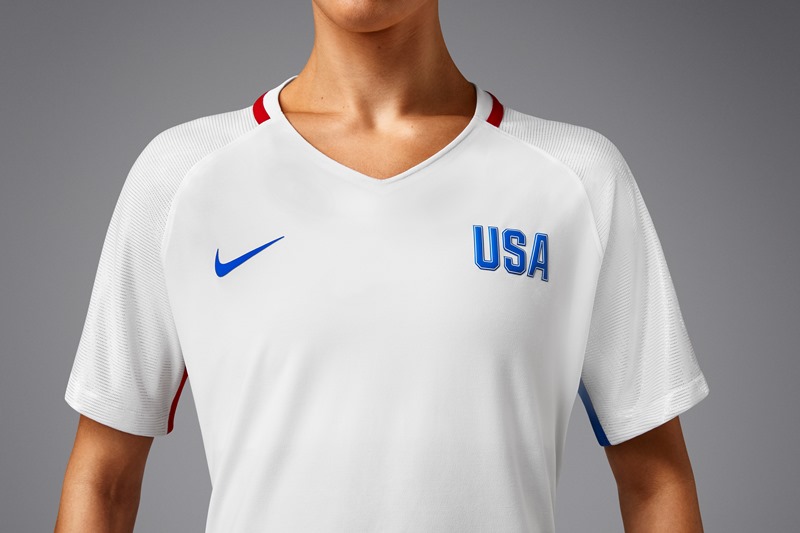 The most notable change to the kit is the absence of the U.S. Soccer crest on the left side of the chest, as well as the three stars above it to represent the team’s three World Cup titles. Instead, the letters “USA” appear over the heart, as per Olympic soccer regulations.

No federation logo for the Olympics, per tournament rules.

The sleeves on the U.S. home jersey have been changed from light blue to “platinum, the gleaming element Nike designers chose to celebrate the team’s illustrious legacy.” According to Nike and U.S. Soccer: “The new kit replaces the current home kit’s blue sleeves with platinum-colored sleeves embedded with metallic threads, preserving the performance properties of the kit’s high-performance yarn while producing an iridescent gleam.” 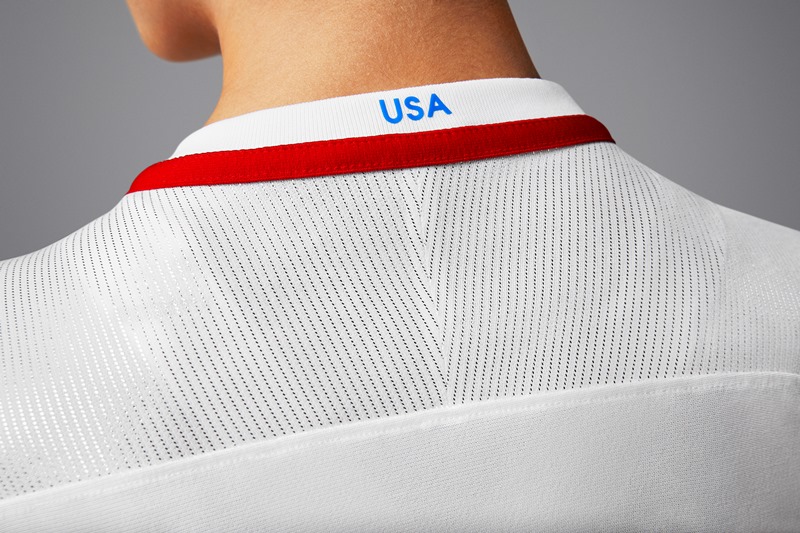 Also tweaked are the socks, which fade from white to blue and give players the option to wear the seamless shinguard-sock combination which Nike recently began producing. 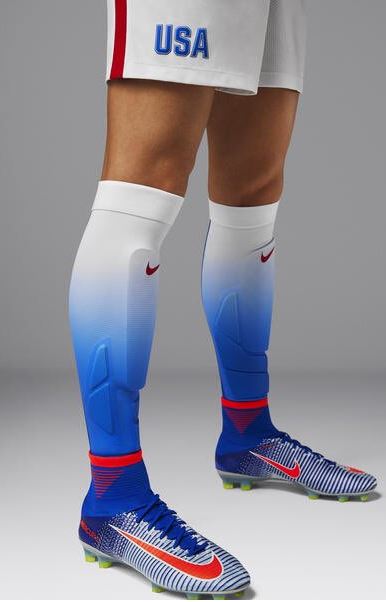 U.S. Soccer says the team will resume wearing the standard home kits — with blue sleeves, the USSF crest and three stars — after the Olympics. Nike also unveiled athlete podium jackets on Tuesday for all U.S. Olympic athletes who make it to the podium in Rio. Will the U.S. women stand atop the podium for the fourth straight Olympics and the fifth time in six Olympic competitions to feature women’s soccer?

Women’s World Cup one year later: Cameroon
Which USWNT players will be missed the most in NWSL?