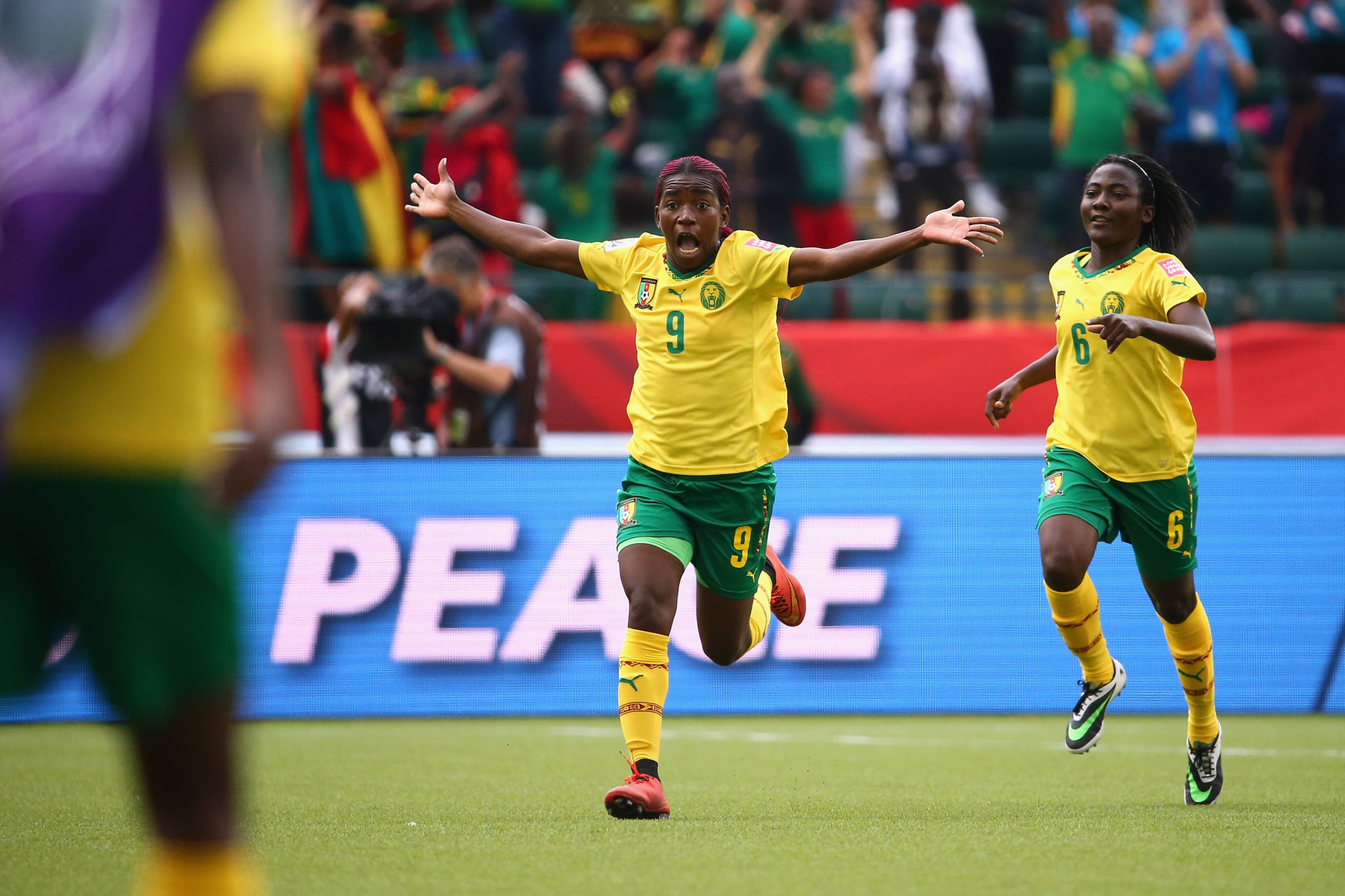 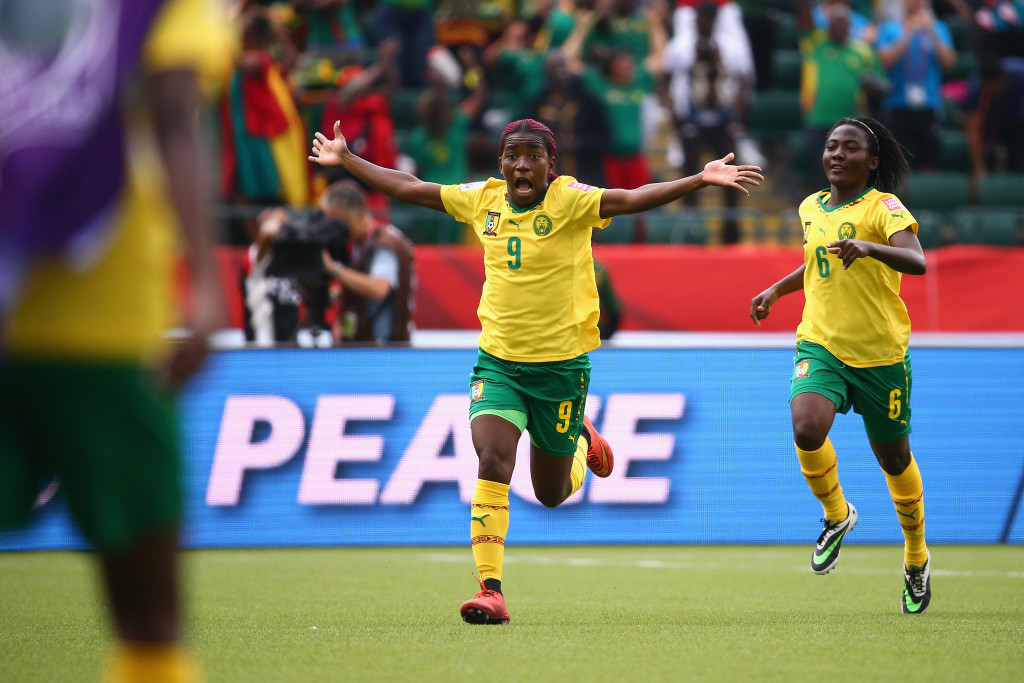 Cameroon had a lot to celebrate at the 2015 Women’s World Cup. (Photo: FIFA/Getty Images)

The Lionesses, as the Cameroon national team is called, did not sell for more than a franc prior to the 2015 FIFA Women’s World Cup. They were a little-known team from the Congo Basin.

A year down the lane, memories of the World Cup flood back, especially on June 8 when Cameroon thrashed Ecuador, 6-0 in their World Cup opener.

The euphoria of the World Cup with Cameroon qualifying for the knockout stage following a surprise 2-1 defeat of Switzerland made Cameroonians to dream of a deep run in the World Cup.

Though the dream vanished as China sent Cameroon packing in the Round of 16, the Indomitable Lionesses reached the knockout stage, something only one other African team had ever done. Nigeria went to the quarterfinals in 1999, but failed in the group stage in all six other Women’s World Cups.

Back home, Cameroonians wanted the women to replace the men they now considered out of performance.

The state and the federation rolled out the red carpet in honor of coach Enow Ngachu and the players, who smiled home with their bonuses.

The Lionesses brought a smile on the faces of Cameroonians and the team since then has earned some respect and the team and women’s football generally is given more consideration.

“Thanks to Cameroon’s World Cup performance. More girls want to play football, my phone keeps ringing with calls from every nook and cranny”, says Ngachu.

Away for the festivities the team went back to training for the Olympic qualifiers, Ghana was a big obstacle which Cameroon eliminated; winning 2-1 in away and drawing 2-2 in the return qualify for the last round.

Having a slight advantage over Zimbabwe, the Lionesses went to the second leg confident with a 2-1 lead only to get their shock of the year. The Zimbabweans snatched victory and a spot at the 2016 Rio Olympics, eliminating Cameroon.

Cameroon failed to score the lone goal needed to qualify for the Olympics and sadly watched Zimbabwe step into the Rio Olympics with a 1-0 win in the return leg for their first time to the satisfaction of the country whose women’s football seems to be progressing tremendously.

Despite failing to make the Olympics, much has changed for Cameroon football with the Football Association (Fecafoot) seeking more opportunities to develop the women’s game.

Swiss expert Mathieu Degrange was brought to evaluate the individual performance of players in different categories of the women’s national team so as to provide recommendations for amelioration of performance.

As host of the Africa Women’s Cup of Nations, the team has been training unofficially and had a lovely prickle during a friendly against Banyana Banyana of South Africa.

The squad, made up of local players, bowed to Banyana Banyana 0-2 in the first leg and drew level 2-2 in the second leg as the squad of coach Vera Paw prepares for Rio.

In April, Cameroon sought to lay the basis for women’s football and knocked at the doors of the Japanese Football Association and they opened to a partnership to develop the game. Tombi A Roko, the Fecafoot president, dreaming big said, “the partnership is within the framework to build a conquering women football team to reach the World Cup finals and win it.”

Thanks to the perception change towards women’s football, things have been changing and this year, the women’s championship witnessed an early launch on April 9 with 12 teams.

A subvention of 72 million was given to the clubs, who comply with regulations especially ensuring that the players get licenses for the season. Besides, the FA donated a training kit, 20 pairs of boots, 10 balls and two sets of bibs to the clubs engaged in the championship this season.

The season is set to end by September to make way for the Africa Women’s Cup of Nations from November 19-December 5.

Barely five months to go, the team is set for the Women’s African Nations Cup with preps starting in the southwest regional capital of Buea and would continue training with friendlies in line, which was rarely the case in the past.

“A series of friendlies are under negotiation for the women’s national team ahead of the AWC and partnerships to develop the women’s game,” Tombi A Roko Sidiki said.