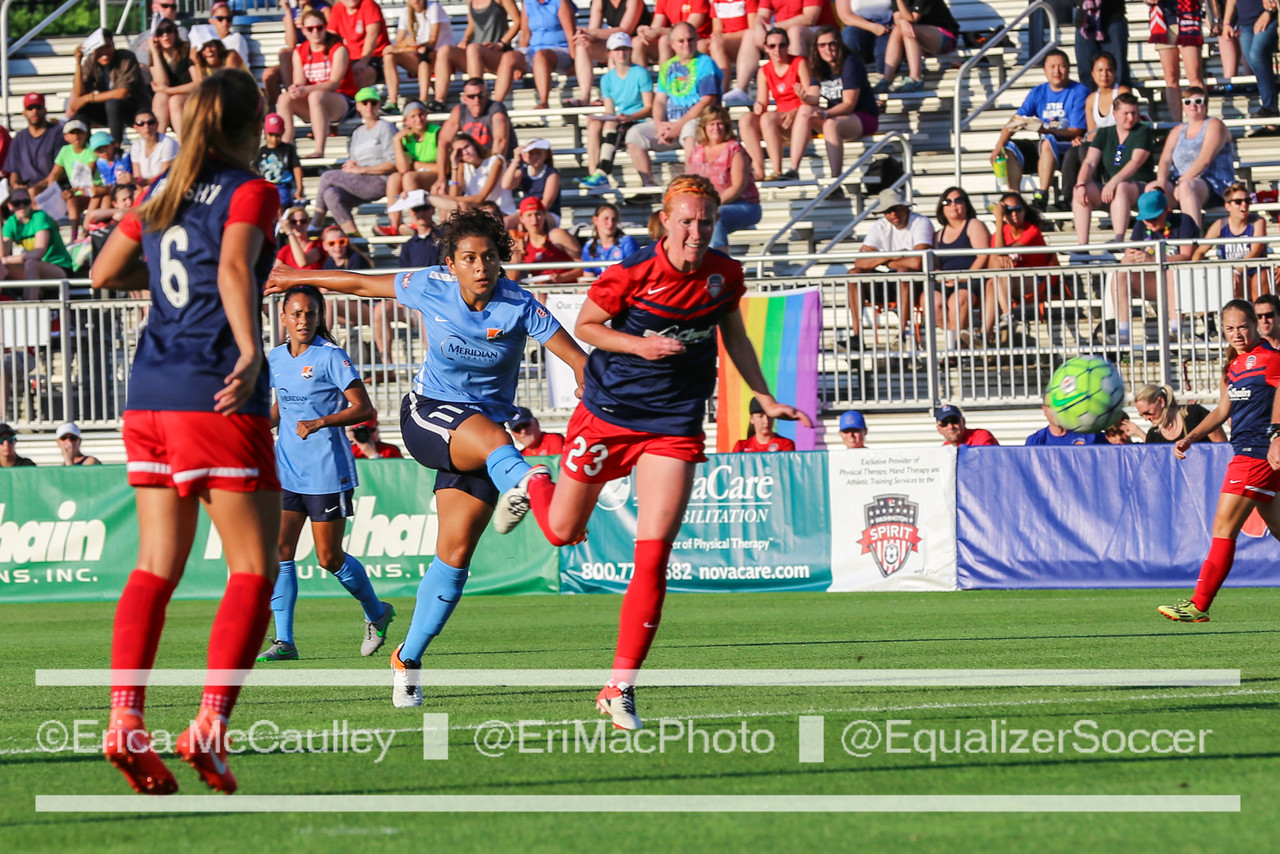 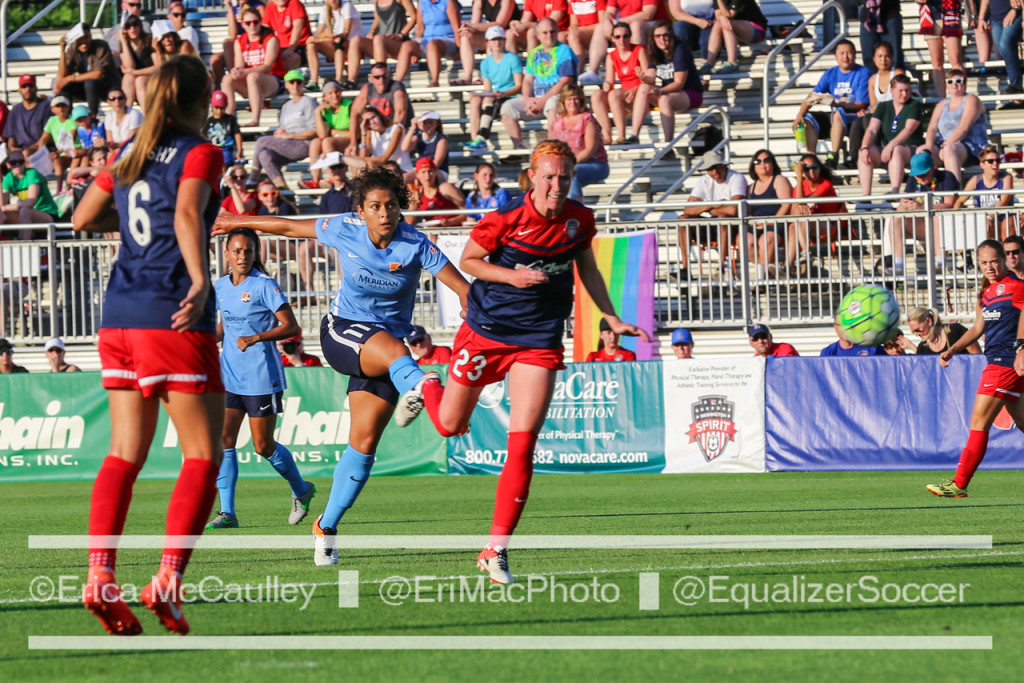 Hermann Trophy Award winner and No. 2 overall pick Raquel Rodriguez, affectionaly known as Rocky, scored her first NWSL goal and Sam Kerr came off the bench to score on her first touch of the night to give Sky Blue FC a 2-1 away win over the Washington Spirit. Diana Matheson pulled one back for the hosts and they pushed valiantly in the final minutes but lost at home for the first time this season.

Rodriguez struck in the 8th minute after Sarah Killion unleashed the speedy Leah Galton with a well-struck long ball into space on the left flank. Ali Krieger did well to close down Galton but the rookie from Hofstra patiently turned the ball back away from goal and laid it off to Rodriguez. The former Penn State star took one touch and then sent a bullet into the far corner, out of the reach of a diving Stephanie Labbe. The goal was the first conceded by the Spirit at home in 2016.

Sky Blue brought on Samantha Kerr in the 63rd minute for just her second appearance of the season following offseason foot surgery. In the 64th she took her first touch, a jumping finish of a Galton cross to double up on the lead.

In her second match of 2016 and her first touch of the game @samkerr1 returned to goalscoring form pic.twitter.com/11qWiMe2kw

A mostly dull Spirit side made several attacking changes including moving to a three-back. They pulled oe back in the 77th minute. Estafania Banini spotted Matheson making a sweet run between Sky Blue defenders and found her with a marvelous ball into the box. Sky Blue keeper Caroline Stanley looked to have a save on Matheson’s header but it squirted into the near corner.

The Spirit continued to push but could not find the equalizer. A rare mistake by Christie Rampone saw her give the ball away to Crystal Dunn, but Stanley made a save on Dunn’s shot to keep the defending golden boot winner on zero goals as she gets set to join the United States next week.

Sky Blue (3-3-4, 13 pts) are now unbeaten in three since their worst loss of the season a month ago at Western New York. They are in Portland next Saturday. The Spirit (5-2-2, 17 pts) host FC Kansas City, also next Saturday.