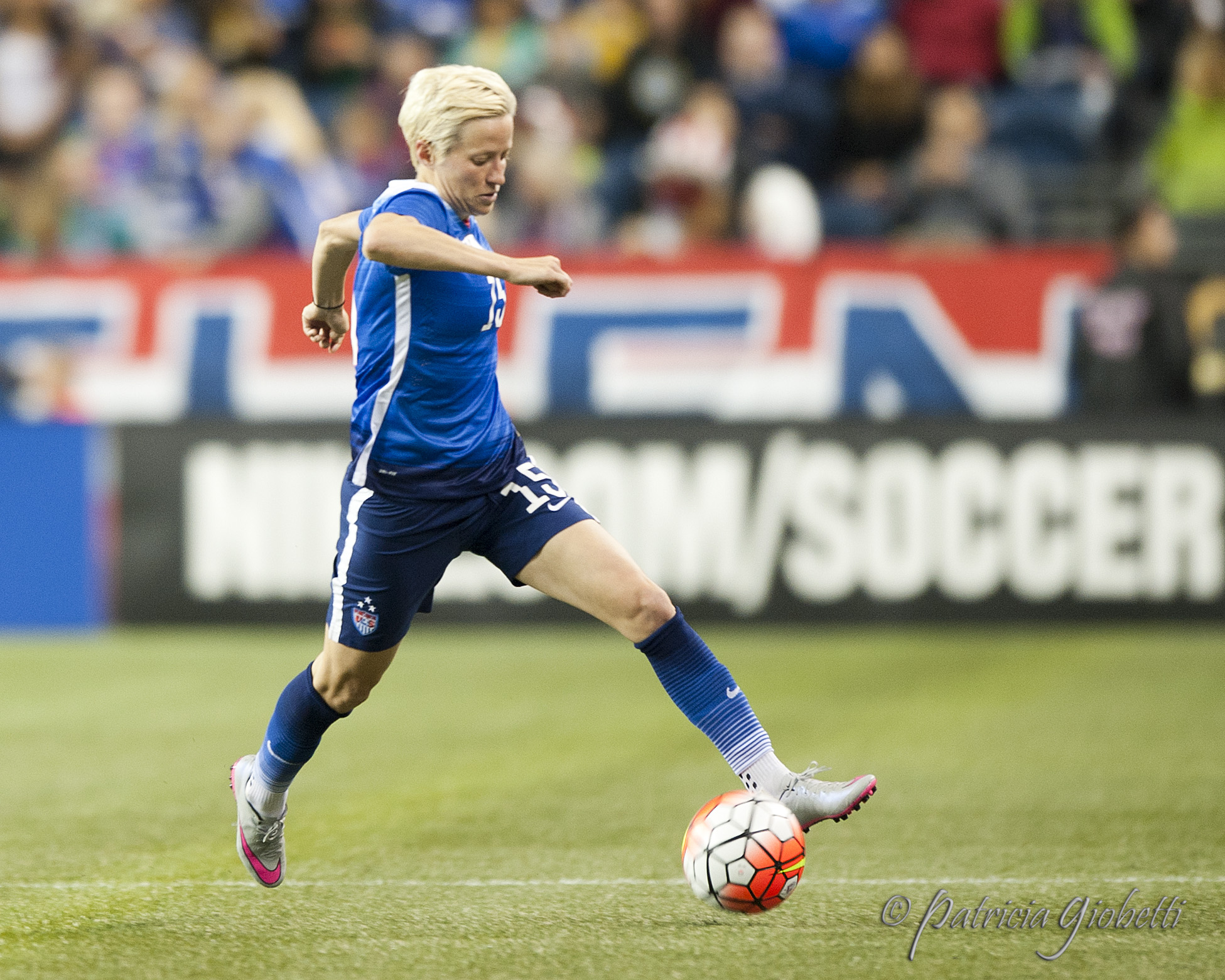 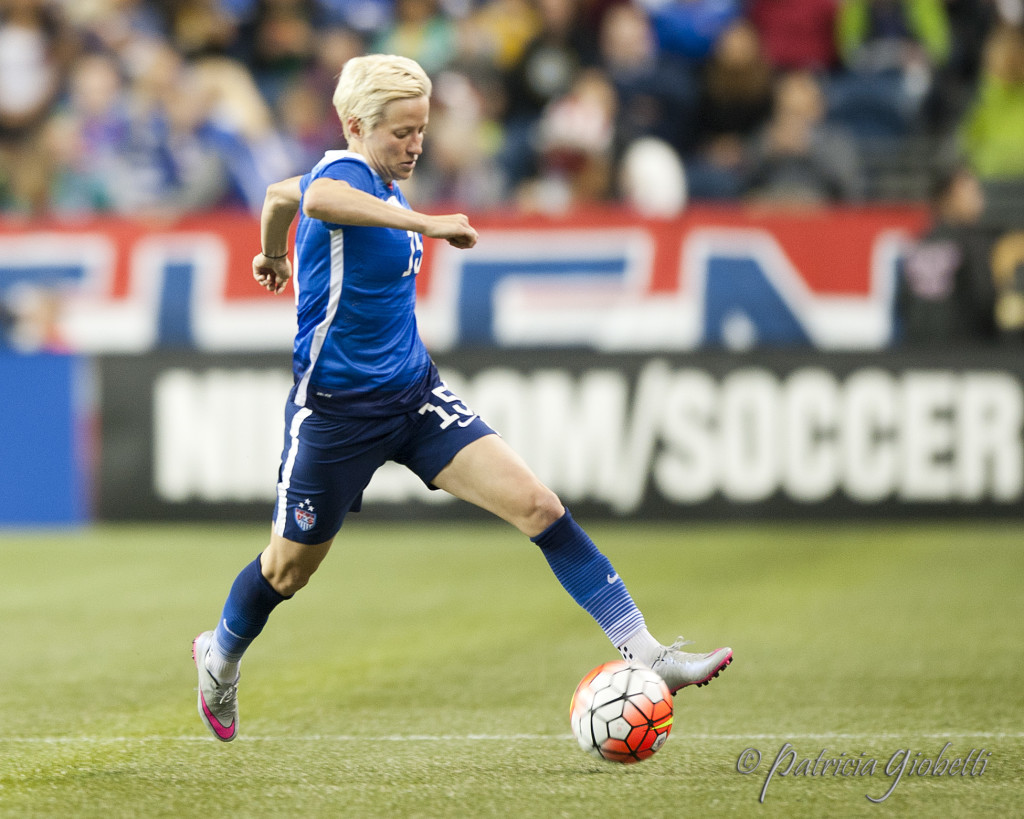 Megan Rapinoe is back in USWNT camp after tearing her ACL in December. (Photo Copyright Patricia Giobetti for The Equalizer)

Both Lloyd and Rapinoe have been sidelined with injuries, Lloyd with a sprained MCL sustained in NWSL play in late April and Rapinoe with a torn ACL suffered at U.S. training in early December. Lloyd has recovered slower than initially expected but should play in the U.S.’ July 9 match against South Africa in Chicago and July 22 send-off match against Costa Rica in Kansas City.

Rapinoe has been racing to get fit to make U.S. coach Jill Ellis’ 18-player Olympic roster, and Ellis has been public about her intent to take Rapinoe to the Olympics if the dynamic midfielder is healthy enough. On Sunday, Rapinoe’s club coach, Seattle Reign FC boss Laura Harvey, said that she thinks Rapinoe will play in the upcoming U.S. friendlies and head to the Olympics.

U.S. Soccer says that “Rapinoe is in camp for training and evaluation and will not play in the match” on July 9. Rapinoe has joined the U.S. in camps throughout the spring in a non-playing capacity.

Ellis is expected to name her Olympic roster at some point after the July 9 match and before the July 22 match.

“We’re looking forward to finalizing our Olympic roster,” Ellis said. “We have been evaluating players since our victory tour last year, so we are anticipating a great camp and finishing that process. It’s exciting to play a new opponent and South Africa instantly has our respect for earning an Olympic berth from Africa.”

U.S. goalkeeper Hope Solo will be aiming for her 100th shutout on July 9.