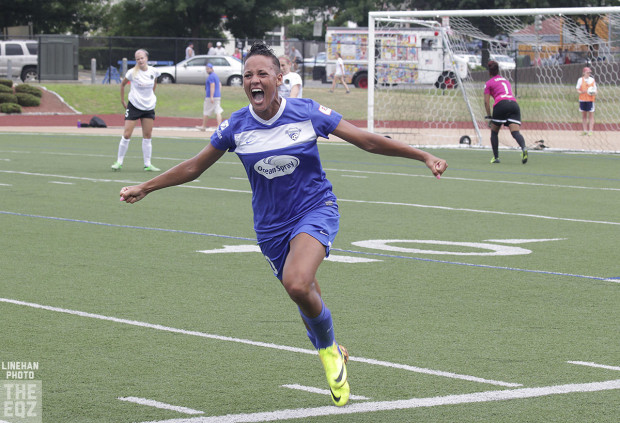 The Western New York Flash on Tuesday acquired Lianne Sanderson from the Orlando Pride in exchange for an international roster spot through the 2018 season.

The trade was first reported Monday by The Equalizer’s Dan Lauletta.

“Lianne is one of the few true number ten’s in the world. Sophisticated mind, great final ball, ability to put points on the board, and vision which sets her apart from your prototype NWSL midfielder,” Flash coach Paul Riley said. Riley coached Sanderson with the Thorns last season and with the Philadelphia Independence in WPS.

The Flash will be Sanderson’s fourth NWSL team. She spent 2013 and 2014 with the Breakers before taking time off to go in with England ahead of the World Cup. After helping England to an historic third place finish her rights were traded to the Portland Thorns where she finished the season. The Thorns left her unprotected in the expansion draft and the Pride quickly picked her up.

A red flag was raised over the weekend when Sanderson was not on the gameday roster for the Pride’s visit to Washington. As it turns out, she had approached Pride management and asked for a trade.

“Lianne approached us looking for a new opportunity and I am happy we were able to accommodate her request and come to a mutually-beneficial deal for the Pride, the Flash and, of course, Lianne,” Pride coach Tom Sermanni said. “Both personally and professionally I’d like to wish her great success in Rochester.”

Said Sanderson: “I love this city; it is a special place. I want to thank the amazing fans for embracing me and who I am.”