Christen Press is the latest soccer star who will shed her clothes in the annual ESPN The Magazine Body Issue, joining a usual who’s-who list of athletes taking part in the publication.

The United States women’s national team and Chicago Red Stars forward will appear in the magazine’s annual issue which sees athletes from various sports pose naked to celebrate their bodies — which, for athletes, is their livelihood.

“I’ve spent a lot of time being insecure about my body, but it’s done so much for me. It’s my tool, my vessel for my job,” Press said in a statement. “I’m very grateful for the way that I feel when I play. I feel very powerful, I feel fast, I feel unstoppable, and that’s because of my body.”

This year’s Body Issue is headlined by NBA star Dwyane Wade, as well as MLB star Jake Arrieta and NFL players Vince Wilfork and Antonio Brown. Along with Press, fellow Chicago women’s sports star Elena Delle Donne, the 2015 WNBA MVP with the Chicago Sky, will also appear in the issue. Several Olympians will take part, too, ahead of the Rio 2016 Games.

The Body Issue will be available online on July 6 and on newsstands on July 8.

Press will be one of the athletes appearing on the cover: 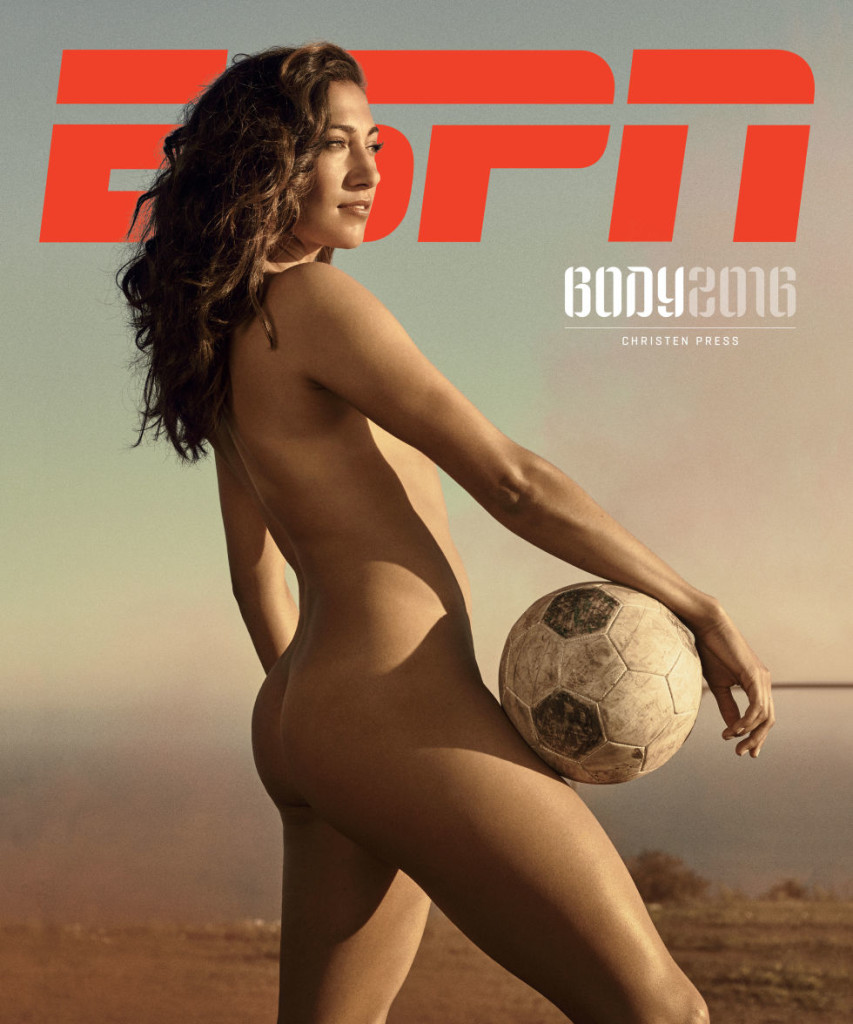