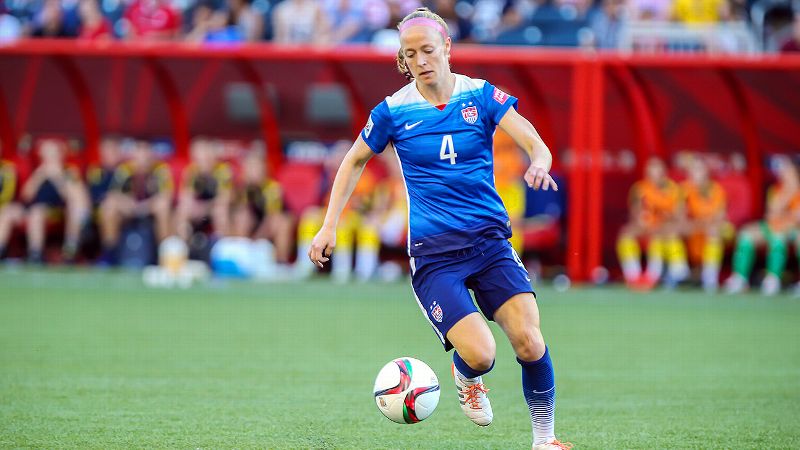 United States Women’s National Team central defender Becky Sauerbrunn’s first goal of the 2016 National Women’s Soccer League season was the game winner in FC Kansas City’s 1-0 victory over the Houston Dash Sunday night in Texas. Though the two-time defending league champion Blues (2-4-3) are in eighth place and currently well out of playoff position, another strong second half of the season could catapult them into the top four by September.

“We know we have to go one game at a time,” Sauerbrunn said after the game. “Three points is huge for us. We are starting on an upper trend right now and we have to keep the momentum going.”

Sauerbrunn’s scoring play began with Heather O’Reilly’s corner kick in the 80th minute. The USWNT midfielder sent the ball backpost, where Yael Averbuch was waiting. The rebound off her attempt made its way to Sauerbrunn’s head about eight yards in front of the goal and the world class center back directed it inside the right upper 90.

“Yael got a side volley and it ricocheted and landed on my head and I was wide open,” Sauerbrunn said of her second career NWSL goal. “I would hope I wouldn’t miss from there.”

Sunday’s loss marked Houston’s (2-5-1) fourth consecutive 1-0 defeat. But the Dash, playing without USWNT midfielder Carli Lloyd, who is still recovering from a sprained medial collateral ligament in her right knee, kept Kansas City’s backline under pressure for the majority of the contest.

Both teams tallied 11 shots and six corner kicks but it was Houston that spent most of the game building on offense. Despite several potentially dangerous crosses from Kealia Ohai and charges from Chioma Ubogagu, Morgan Brian and Denise O’Sullivan, the Dash could not find the right final touch to break Kansas City’s Sauerbrunn-led backline; goalkeeper Nicole Barnhart also made several quality saves.

Allysha Chapman nearly gave Houston a 1-0 lead in the 53rd minute with a 30-yard shot right off the crossbar. Then in the 66th minute, three minutes after entering the game, Rachel Daly launched one off the post.

But by the 70th minute the Dash’s high pressure tactics seemed to take their toll as fatigue appeared to set in, allowing the Blues to build some momentum. And it culminated in Sauerbrunn’s game-clinching goal.