Spirit shut out Pride in front of record crowd at Plex 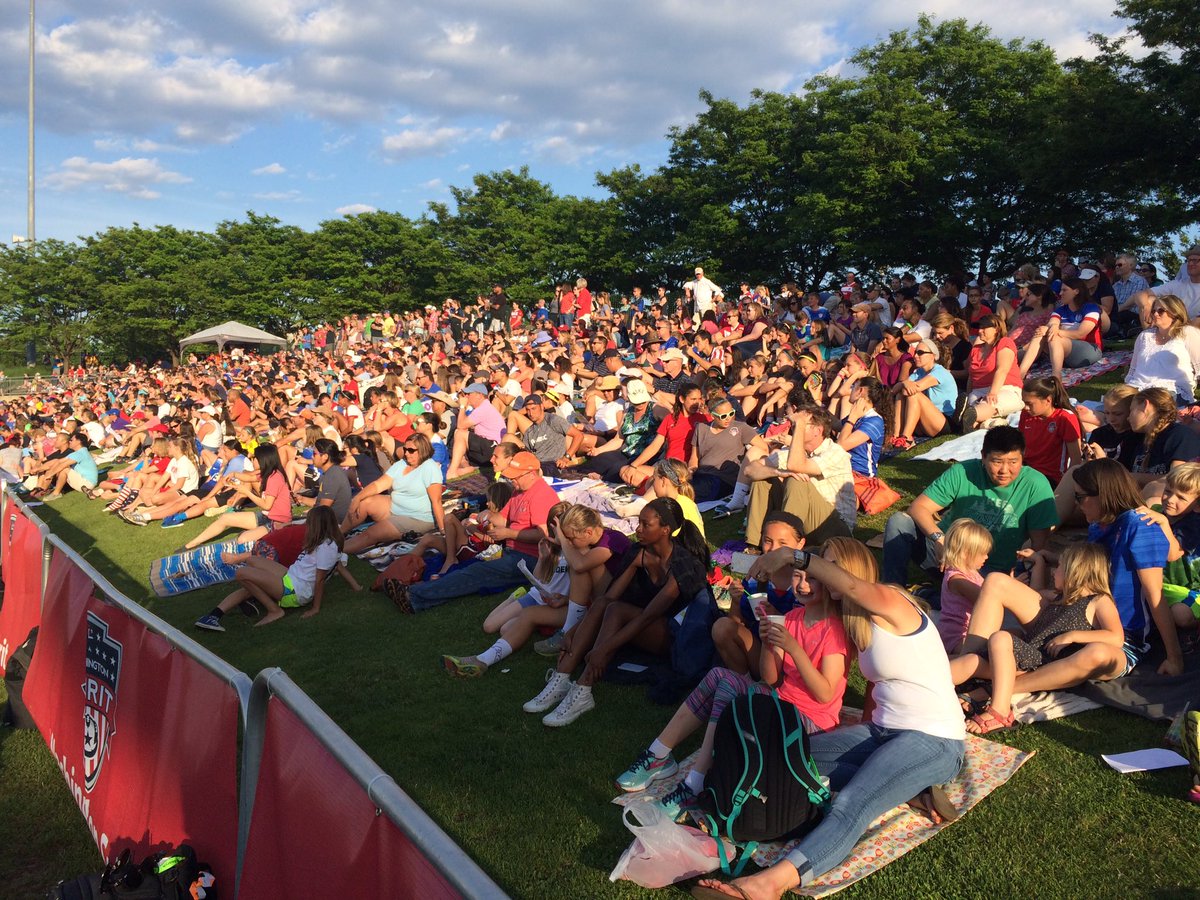 The Washington Spirit took on the Orlando Pride Saturday evening in front of a club-record crowd of 5,750 at the Maryland SoccerPlex. This marked the first ever meeting between the two teams and the facing off of Ashlyn Harris against the club she played for from 2013-2015. The Spirit set the tone of the matchup with a 2-0 win; they are chasing the top of the table with a game in hand from a postponed match earlier in the season.

The pace and possession of play was also largely set by Washington, who outshot Orlando 11-6 and contained the Pride’s formidable attack and speed to rare bursts by Alex Morgan and Jasmyne Spencer. Orlando’s best offensive opportunities in the run of play came from a quick shot taken by Alex Morgan in first half stoppage time (kept out by keeper Stephanie Labbé and the post) and a missed opportunity from rookie Samantha Witteman off a low-left footed cross from Stephanie Catley in the 65th.

The Spirit had more chances, leveraging the offensive strength of Crystal Dunn, Francisca Ordega (40’), and Estefania Banini (9’). The midfield and defensive wings also created opportunities in the transition and final third for the Spirit, creating spaces that led to unmarked threats and room for speed to run onto balls. Banini’s play to Diania Matheson who was denied by a diving save from Harris (28’) and Ali Krieger’s offensive run and build with Christine Nairn and Banini (60’) emphasized the holistic effort from the home team.

Apart from the run of play, the return of Harris, and the historic first meeting of these NWSL clubs, another narrative needed to be recognized. The Orlando Pride and Washington Spirit, those in the stadium, and those following online, paid tribute to the victims of the tragedy that beset Orlando on June 12th, 2016. Prior to the match, both clubs paid tribute in matching #OrlandoUnited shirts. Another chilling moment came in the 49th minute: play stopped and the crowd clapped for the entirety of that minute to show support, solidarity, and love for the 49 individuals killed.

Teams, players, and fans of the NWSL have rallied behind the communities affected by the tragedy and the support shown for Orlando was palpable in its first match after the fact. The Orlando Pride will return home to face the Houston Dash on June 23 and the Washington Spirit host Sky Blue FC on June 25.

playing for something way bigger than ourselves today ❤️ #OrlandoUnited #LoveWins pic.twitter.com/Wt9DuqqNg1