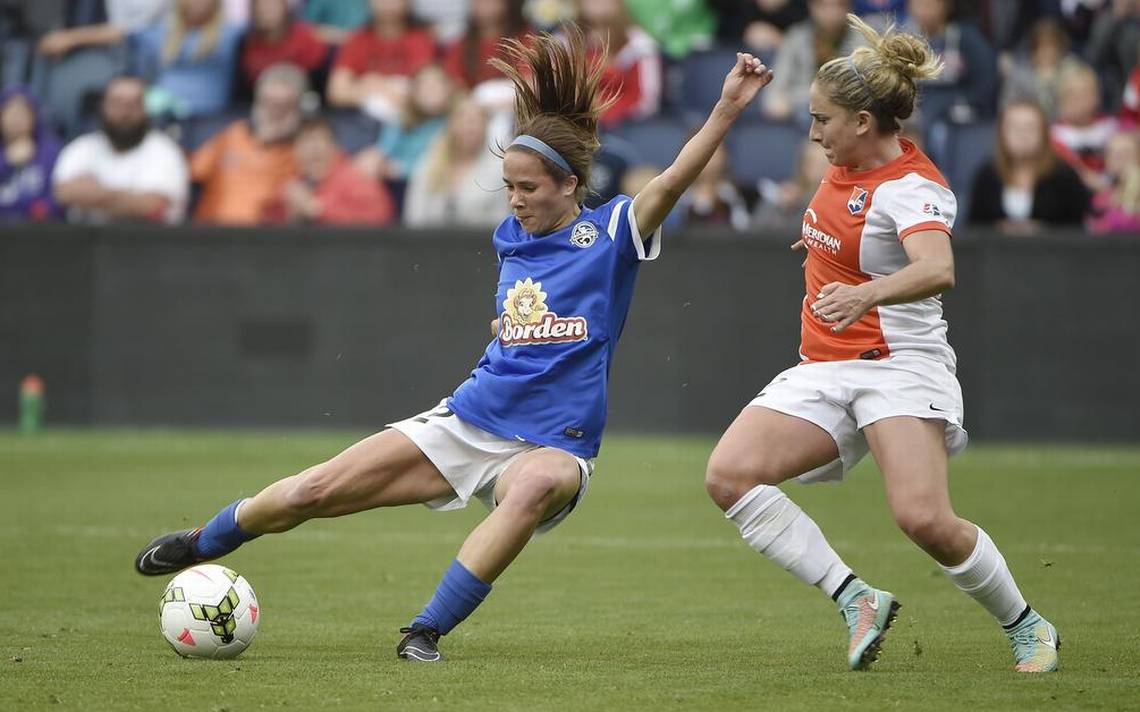 In a game that easily could have featured six-plus goals, FC Kansas City and New Jersey-based Sky Blue FC settled for a 1-1 draw, and one point apiece, Saturday night at Yurcak Field.

Two-time reigning National Women’s Soccer League champion FCKC, playing this season without several key players from last year’s campaign, led the teams’ head-to-head, 4-2-2. But the Blues have struggled to a 1-4-3 record during the first half of 2016. Only the top four teams in the NWSL standings qualify for the postseason and Sky Blue (2-3-3) entered Saturday’s game in sixth pace, four points out of playoff position. FCKC sat in ninth, seven points out of playoff contention.

Though it looked like Sky Blue midfielder Kim DeCesare’s header that was punched up by FCKC goalkeeper Nicole Barnhart ricocheted off the crossbar and ventured over the goal line in the 15th minute, it was Kansas City that struck first Saturday. The Blues took a 1-0 lead when forward Shea Groom lofted a ball sent back to her from Erika Tymrak with her left foot, just under the crossbar, far post.

The score was Groom’s second of the season, though it was inches from being her third; five minutes earlier she found herself in a one-on-one situation with Sky Blue goalie Caroline Stanley and barely missed a shot high.

But the Blues’ lead was short-lived. Sky Blue was awarded a penalty kick two minutes later when Heather O’Reilly took down U.S. Women’s National Team teammate Kelley O’Hara in the box on what looked like a misplay from Barnhart, likely due to the blinding sun, that placed FCKC in a vulnerable position. Sarah Killion buried the shot inside the left post to level the game at 1-1 in the 30th minute.

Sky Blue controlled the pace of play for much of the first half. But Kansas City’s attack, which looked more potent Saturday than it has for much of 2016, counterattacked well and created dangerous chances in its offensive third. The Blues outshot Sky Blue 8-6 during the first period, though four of the New Jersey-based team’s attempts were on goal.

FCKC, which earned six corner kicks in the second half after taking none in the first, tallied several near misses in the second 45 minutes Saturday. In the 62nd minute, O’Reilly lined up a shot that deflected off Christie Rampone and out of play. A minute later O’Reilly missed just over the crossbar. In the 72nd minute Groom darted up the right sideline and sent a cross in to Tymrak, who headed the ball just left of the post.

Sky Blue had chances of its own. In the 81st minute, Leah Galton, who came off the bench to make her home debut, rushed up the left side and from the goal line sent a ball across to forward Samantha Kerr, who was making her season debut after offseason surgery, in prime scoring position but the shot sailed over the goal.

Both FCKC and Sky Blue will go back to work June 19, the Blues against the eighth-place Houston Dash and SBFC against seventh-place Seattle Reign FC.