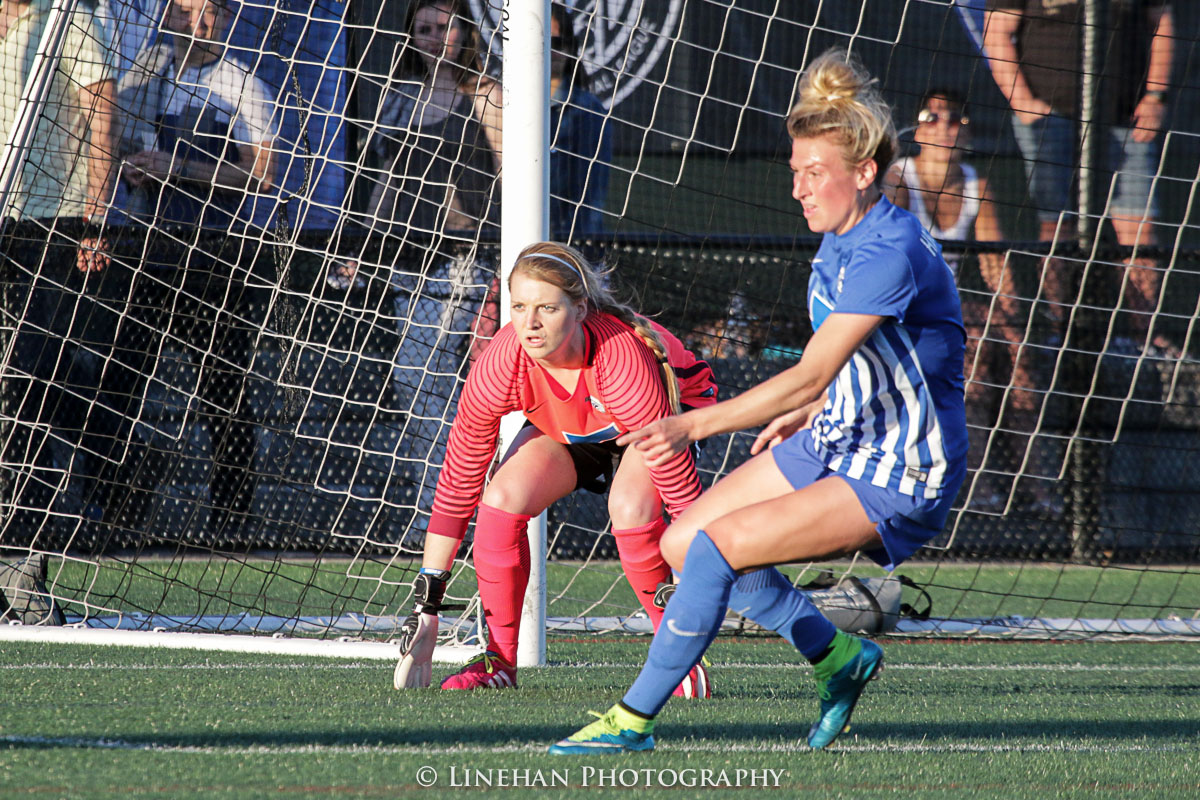 The Boston Breakers (1-6-1) and Washington Spirit (4-1-2) played to a 1-1 tie on Friday night at Harvard in Allston, Mass. Goals came from Katie Stengel for the Spirit, and Louise Schillgard for the Breakers.

The Spirit took an early lead in the 13th minute after the Breakers lost possession of a throw-in. Johanna Lohman played a part in forcing the ball to go towards Crystal Dunn, who dribbled up the right side of the field and served in a cross that resulted in a shot from Lohman. The shot was blocked and deflected, landing on the feet of Katie Stengel who accurately placed it into the lower left corner of the goal where it could not be saved.

The lead was short-lived as one minute later Brooke Elby went down what appeared to be near the top of the penalty area in questionable fashion. The referee called it a foul against the Spirit and a penalty kick for the Breakers. Louise Schillgard tied the game from the spot as she shot to the left upper side of the goal.

Not many significant chances for a game-winner came until the match was coming to its end. In the 75th minute, Lohman was found wide open in the box, but Julie King blocked her shot. Then in the 80th minute, Dunn went one-on-one with Breakers’ goalkeeper Libby Stout, and took a shot that bounced just wide right of the goal.

Both teams play their next matches on Saturday, June 18. The Spirit will host the Orlando Pride at 7 p.m. ET, and the Breakers will be on the road to take on the Chicago Red Stars at 8 p.m. ET. Both matches will stream live on YouTube.