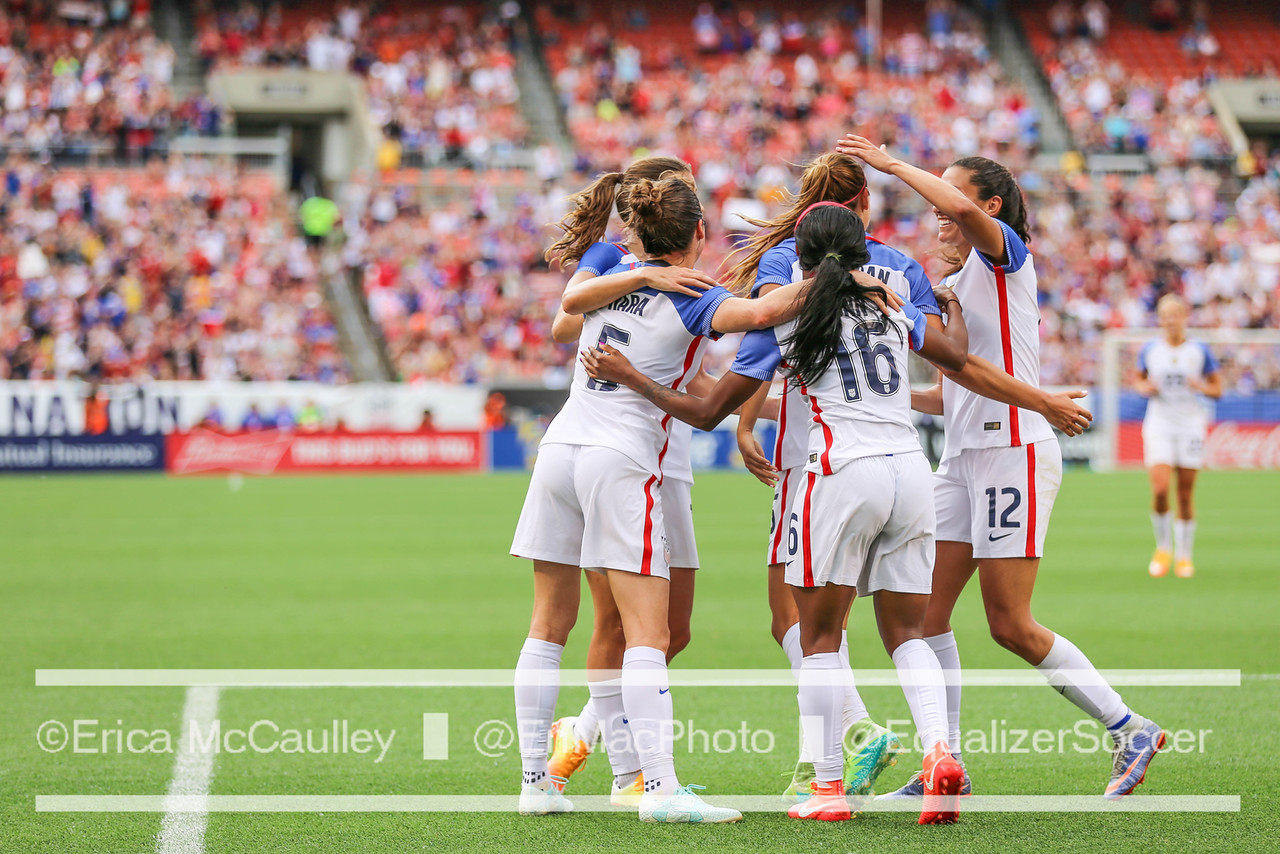 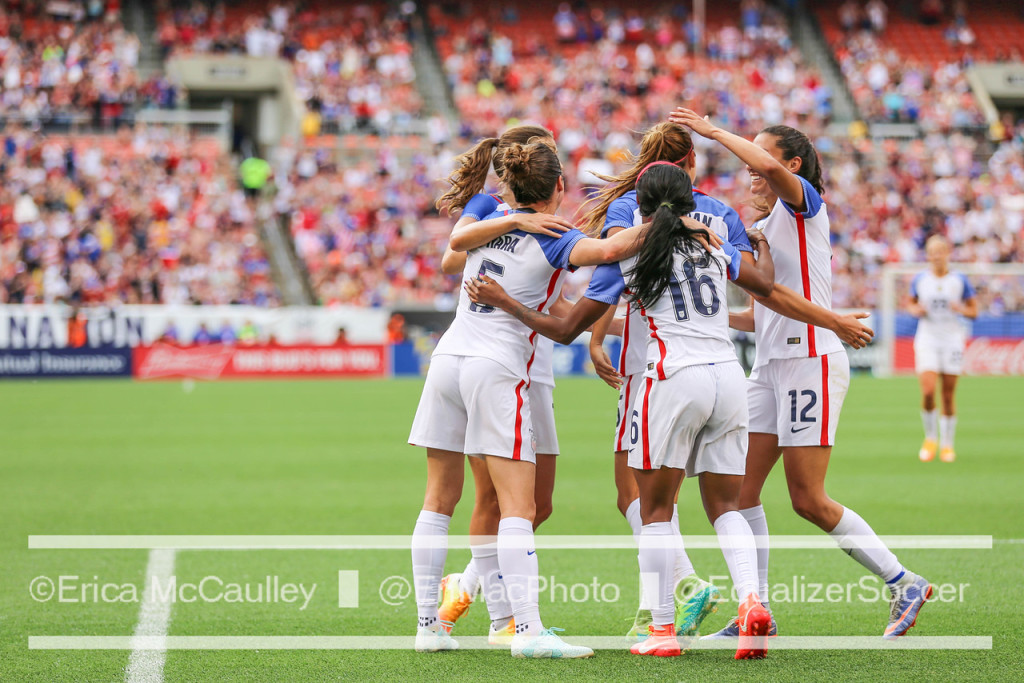 Lightning didn’t strike twice on Sunday for the U.S. women’s national team after a bizarre 3-3 draw with Japan on Thursday, but once was enough to halt the rematch in the 76th minute.

Julie Johnston and Alex Morgan scored to lift the U.S. past Japan, 2-0 at FirstEnergy Stadium in a match called off in the 76th minute due to inclement weather. The result comes three days after the U.S. rallied from 2-0 down and blew a lead in stoppage time to draw Japan.

Johnston opened the scoring in the 27th minute, tapping in the ball at the far post after a low cross from Allie Long. Meghan Klingenberg had played Long in behind Japan’s defense after a botched free kick was mis-cleared, giving the U.S. a second chance. Replays showed that Johnston appeared to be offside.

Morgan’s goal came in the 62nd minute, doubling the United States’ lead. Crystal Dunn received a ball from Johnston and Dunn, the 2015 NWSL MVP, played a low cross right into the path of Morgan.

Dunn also appeared to be offside on the initial ball from Johnston, but no call was made.

A hint of Dunn possibly being offside in the buildup to #USWNT's second goal, too. pic.twitter.com/wFzyF3pLDj

Morgan played creator eight minutes prior to her goal, springing Christen Press in behind Japan’s defense. Press opted for a square ball to Tobin Heath, who couldn’t convert the ball at the far post after trying to take a controlling touch. Morgan also nearly scored in the opening seconds of the first half, but was denied by Japan goalkeeper Erina Yamane.

Press had several opportunities in only her fourth start of the year. Her right-footed shot in the opening minute of the match went off the face of Yamane. Press also put an early second-half opportunity wide of the frame from 20 yards out after Tobin Heath played Press into space.

Morgan and Press paired together up top in what looked at times like a more traditional 4-4-2.

U.S. players will next convene ahead of a July 9 meeting with South Africa in Chicago. The National Women’s Soccer League resumes next weekend.

Japan, which beat the U.S. in the 2011 World Cup final and lost to the Americans in the 2012 Olympic gold-medal game and the 2015 World Cup final, failed to qualify for the Rio 2016 Olympics. New coach Asako Takakura brought a young roster to the U.S. for the pair of games.

On Thursday in Commerce City, Colo., the visitors jumped out to an early 2-0 lead before the U.S. scored three straight to take the lead in the final minutes, only to concede the equalizer to Japan in stoppage time.

[LAULETTA: Five thoughts on Rampone’s decision to walk away]