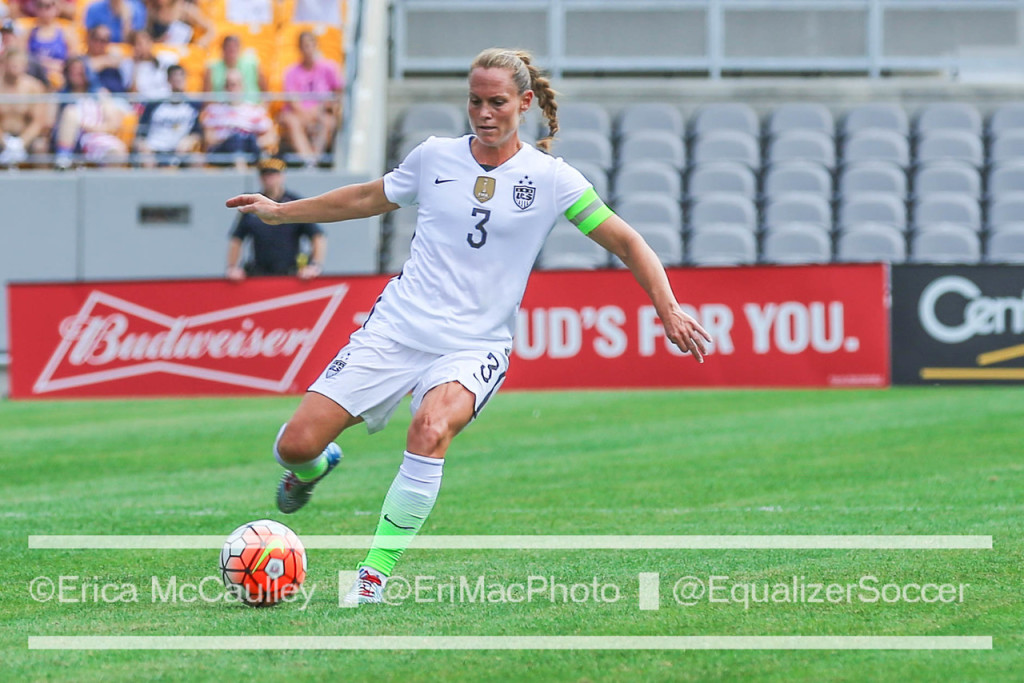 Christie Rampone pulled out of U.S. women’s national team camp. Is this the end for a U.S. legend? (Photo Copyright Erica McCaulley for The Equalizer)

“I really appreciate Jill inviting me in, but at this time, I don’t feel one hundred percent healthy enough to train and compete at that level,” Rampone said. “I’ve been able to manage myself and contribute to Sky Blue this season, which I will continue to do, but I also have an understanding of the level of fitness and health needed to push for an Olympic roster spot and I know I’m not there right now. It’s not the right choice for myself or the team to put myself in that environment.”

Rampone has played all six games for Sky Blue FC this season, the most recent of which was a 5-2 loss to the Western New York Flash with U.S. coach Jill Ellis watching in the stands in Rochester, N.Y.

Rampone turns 41 years old next month. She has earned 311 caps — second-most all-time in U.S. history — but the former U.S. captain has not played for her country since September. She had arthroscopic surgery on her knee in December.

Asked by The Equalizer in March what Rampone’s status is ahead of this summer’s Rio Olympics — which would be Rampone’s fifth Games, if she can make the 18-player roster — Ellis was revealing in her answer. The U.S. coach seems to have her center backs in mind already.

“I talked to Christie right before [Olympic qualifying] camp started. The agreement that her and I said is we’d catch up after qualifying. It was partly getting her healthy because she was having knee surgery,” Ellis said following the team’s 7-0 win against Colombia in East Hartford.

“I spoke to her the other day and I said at this point I’m pleased with what I have, but there is always the case for injuries and things like that. Out of respect for Christie and what she has done, my intent is to bring her back in the next camp.”

With just over two months until the kickoff of the Rio 2016 Olympics, Rampone’s hopes of making the roster and extending her storied international career look to be slim.

The U.S. women convene for training camp later this week ahead of games against Japan on June 2 and June 5. Per U.S. Soccer, Rampone will not be replaced, leaving Ellis with 24 players in camp.