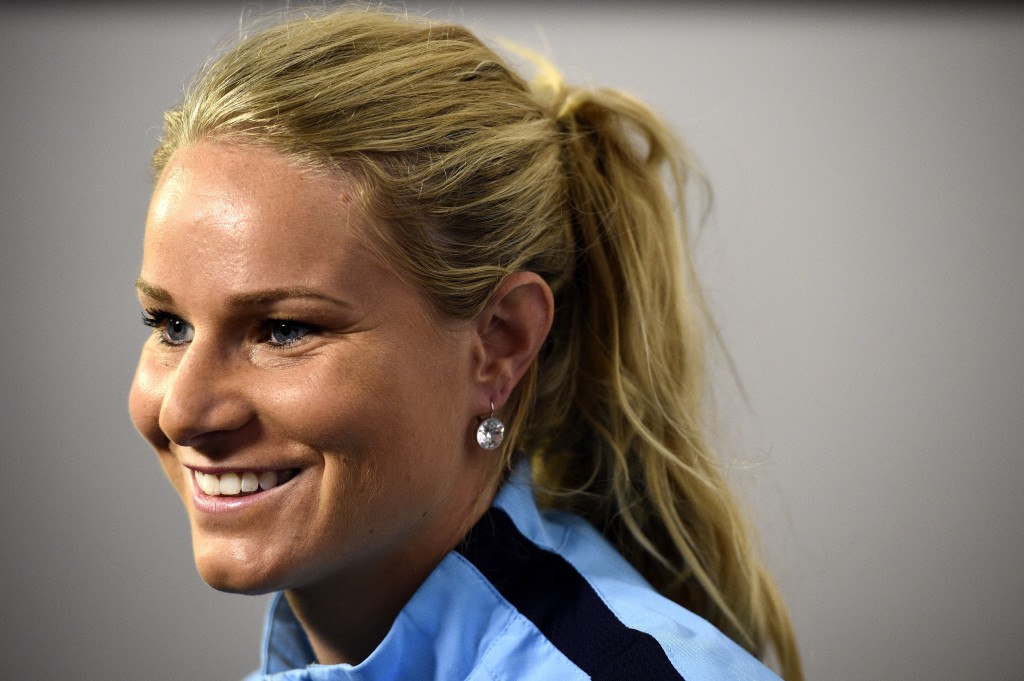 Amandine Henry says the NWSL offers a competitive match every week, unlike her current situation at Lyon. (Getty Images)

Amandine Henry says she cannot wait to play with Portland Thorns FC in the National Women’s Soccer League, a league she says is much more competitive than the one in France.

Henry played nine seasons with Lyon, winning two UEFA Champions League titles. She and Lyon will play Wolfsburg on Thursday in search of a third European crown — a rematch of the 2013 final, which Wolfsburg won.

In an interview with FourFourTwo, Henry says that playing in the U.S. is something she has thought a lot about. She wants to learn the American mentality and she wants to learn English, which she says will help her in this career and whatever comes next.

But most of all, Henry wants to play in a more competitive league, a refrain which has been said by many of international players who have come to the NWSL.

“What’s different between the U.S. league and the French league and what attracted me a lot is that the league is much more [competitive], which means that the best players are in different clubs, not like in France where you have Lyon and Paris Saint-Germain and two other teams,” Henry said. “But you know that it is one of these teams that is going to win the league. In the U.S., that is different, and I cannot wait to join and have an important game each weekend.”

Henry is taking a pay cut to come to Portland — by exactly how much is unknown, but it is believed to be a significant one given the league’s $39,700 maximum salary — but she says that “the financial aspect was not at all the most important.” She has seen on livestreams what the crowds, averaging over 15,000 fans per game, are like in Portland, and she can’t wait to be playing in front of them.

“I’ve always been very attracted by the United States and the level of the national team. I am very pleased and happy,” Henry said.