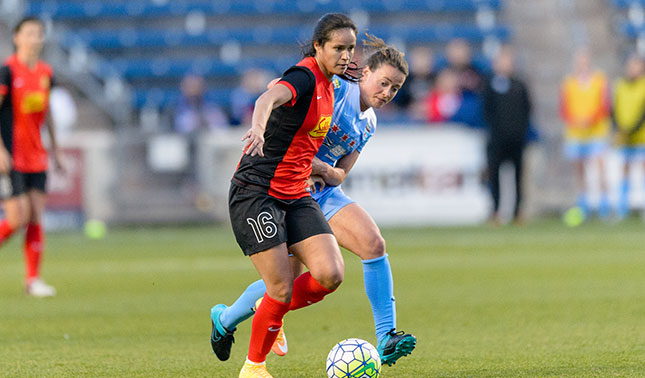 Lady Andrade is no longer with the Flash. (Photo: WNY Flash)

Andrade joined the Flash last season following Colombia’s successful World Cup run, which included an upset of France in the group stage and a Round-of-16 exit to the eventual champions, the United States. Andrade made eight appearances in Western New York, starting four games. She played in two matches this season, accruing 51 minutes off the bench.

“It’s important for Lady at this point in her career that she is on the field and developing as a professional,” said WNY Flash head coach Paul Riley. “She showed some great moments while she was here, but I think for her continued growth, she needs to be a consistent starter. We certainly wish her the best in her future endeavors.”

[Going for Gold: USWNT players prepare for Olympics in NWSL]