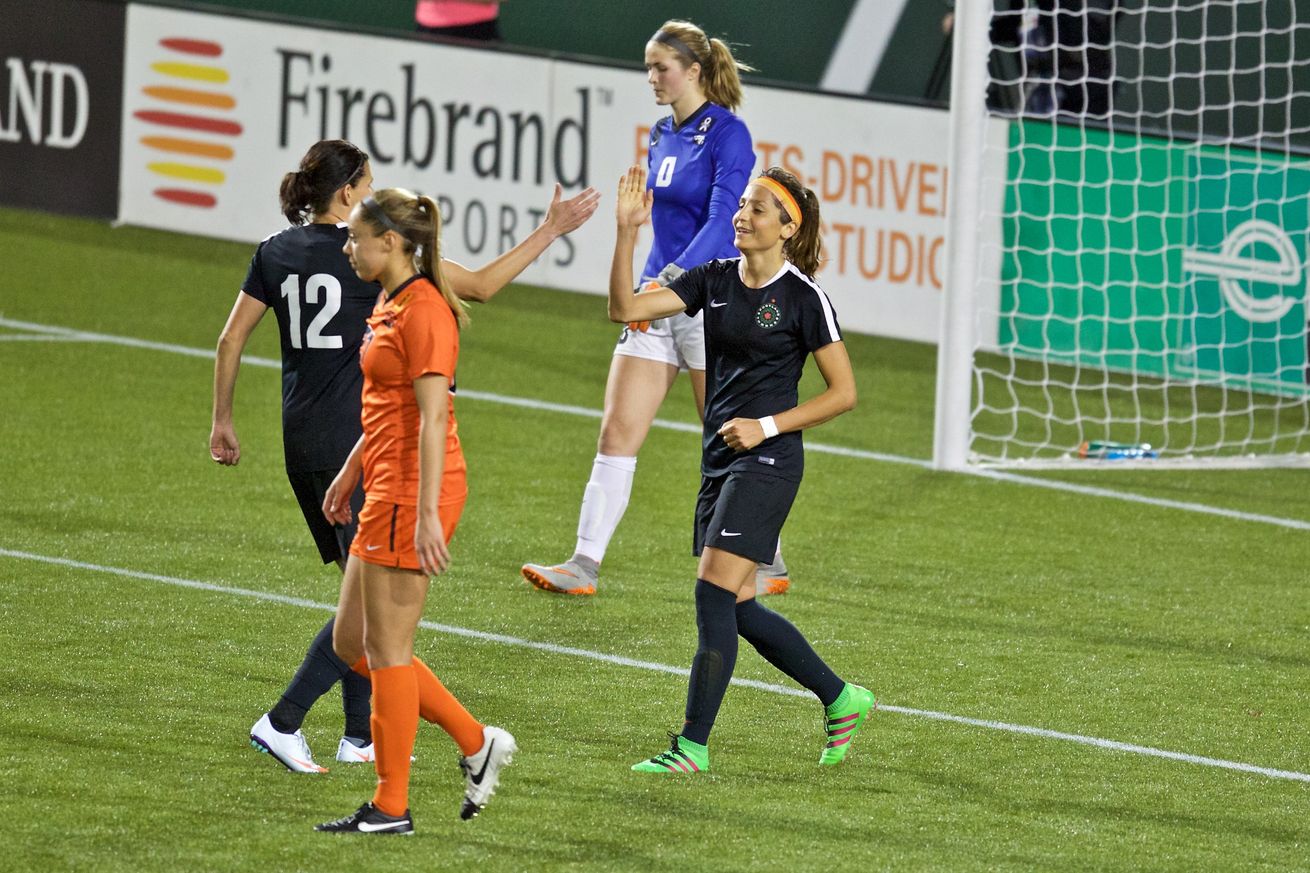 Nadia Nadim and Beverly Yanez traded goals in the opening five minutes of the second half as Seattle Reign FC and Portland Thorns FC played to a 1-1 draw at Memorial Stadium.  The first ever draw between the NWSL’s Pacific Northwest rivals left the Thorns undefeated though they have drawn their last two.  The Reign are now two straight matches without a victory and are outside the top four one-quarter of the way into the season.

The Reign made some lineup adjustments putting Carson Pickett on the bench and shuffling the back line with Elli Reed at right back, Kendall Fletcher moving central, and Lauren Barnes swinging over to the left side.  Kiersten Dallstream came into the lineup in an attacking role.  But things changed in the opening minutes when Manon Melis took a left knee injury and had to be replaced by Carson Pickett less than five minutes in.

Following a slow-moving opening 45, the Thorns got on the board right out of the second half gate.  Meg Morris, who started for the suspended Tobin Heath, looped a probing ball toward the Reign goal that bounced about halfway inside the 18-yard box.  While Barnes and keeper Hope Solo confused each other as to who would clear it, Nadim swooped in with a soft, leaping header for her first goal as a Thorn.

No sooner did the Reign go behind than they answered with an equalizer.  In the 49th minute Barnes whipped in a perfect corner kick to the far post and Yanez was left alone on the back post where she was able to head in her first of the season.

That ended the scoring though not without some quality effort from Kim Little who slowly began to dominate the midfield while unable to turn it into a goal for the home side.

The Thorns (2-0-3, 9 points) continue to lead the all-time series, 5-4-1 but the Reign have five wins and a draw from seven matches since the start of 2014.  After four straight away matches (1-0-3) the Thorns return home next Saturday for a meeting with fellow unbeaten and top-of-the-table Washington Spirit.  The Reign (2-2-1, 7 points) host the Chicago Red Stars next Sunday.