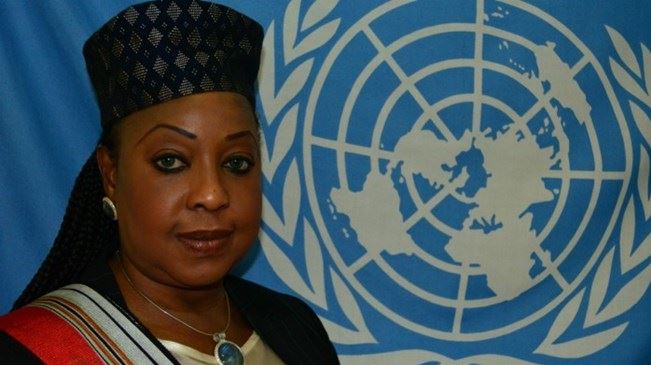 She was appointed to the position by the FIFA Council on Friday. Samoura succeeds former secretary general Jerome Valcke, who was banned from soccer-related activity for 12 years.

The appointment of a female secretary general is an important one as FIFA, plagued by corruption which was uncovered over the past year, attempts to reform under new president Gianni Infantino.

“It is essential for FIFA to incorporate fresh perspectives – from outside the traditional pool of football executives – as we continue to restore and rebuild our organization,” Infantino said at the 66th FIFA Congress in Mexico City. “No one exemplifies what we need more than Fatma does, and we are thrilled that she has joined our team”

Samoura joined the United Nations in 1995 and in her current role with the UN, she coordinates approximately 2,000 staff members in Nigeria.

“Today is a wonderful day for me, and I am honored to take on the role of FIFA’s Secretary General,” Samoura said. “I believe this role is a perfect fit for my skills and experience – strategic, high impact team building in international settings – which I will use to help grow the game of football all over the world. I also look forward to bringing my experience in governance and compliance to bear on the important reform work that is already underway at FIFA.”

“FIFA is taking a fresh approach to its work – and I am eager to play a role in making that approach as effective and lasting as possible.”