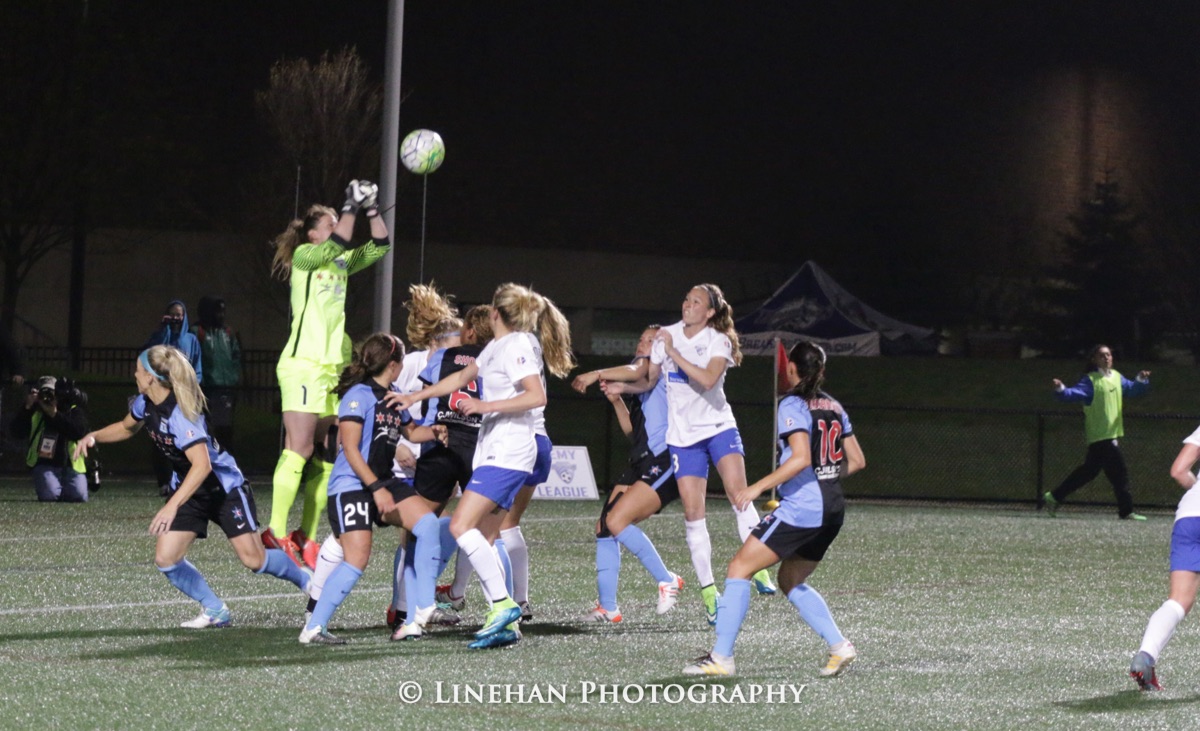 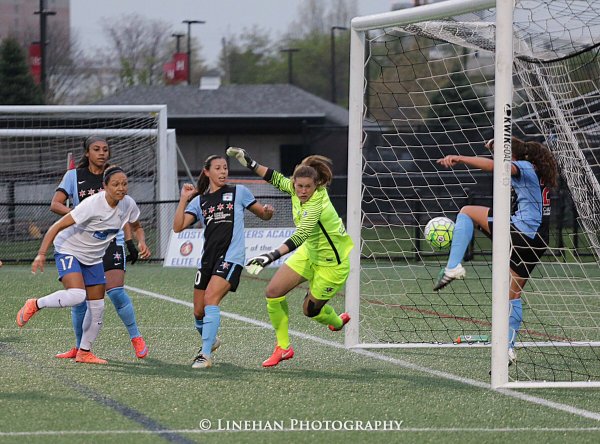 The Chicago Red Stars made a couple of goal-line clearances in their 1-0 win over the Boston Breakers on Saturday night. (Photo copyright Clark Linehan for The Equalizer)

The Chicago Red Stars took three points on the road as Christen Press scored the lone goal of the match on Saturday night, extending the Boston Breakers’ winless streak for a 0-4-0 record. The Breakers are also without a goal this season, but not for lack of opportunity.
In the 15th minute, the Breakers had a pair of headers inside the six-yard box, which were both saved off the line by Chicago defenders. 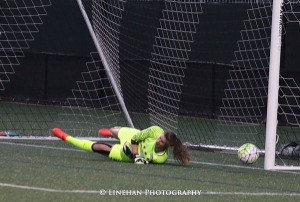 Kristie Mewis’ first half penalty kick hit the post and stayed out. (Photo copyright Clark Linehan for The Equalizer)

Then in the 40th minute, they were awarded a penalty kick after Julie Johnston took Kristie Mewis down inside the 18. Mewis herself took the penalty, which beat a diving Alyssa Naeher, who dove the correct way, but it went off the inside of the right post and then off Naeher’s upper arm as she hit the ground.

In the 50th minute, Julie King had a shoot from inside the box, but it went over the bar.

Ten minutes later, Christen Press scored the only goal of the night from just outside the box. Chicago had a corner kick that was driven low, and deflected up the center of the penalty area. Press immediately took the chance and blasted a half-volley past substitute goalkeeper Libby Stout, who came into the match for Abby Smith in the 30th minute after a non-contact injury.

With that, Chicago improves to a 3-1-0 record, while Boston remains without a win and zero goals scored after four weeks of play.