Thorns’ depth to be tested without Williamson 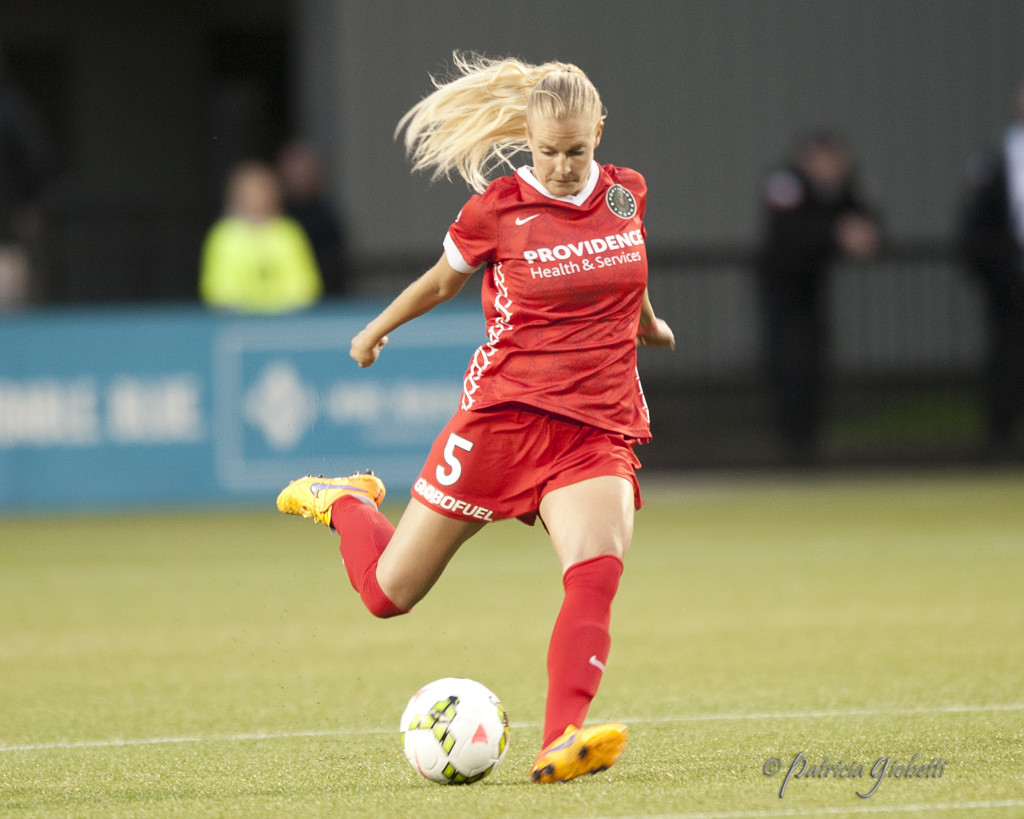 The Portland Thorns are off to a strong start this season, with 7 points from three matches, but the immediate road ahead will be tricky without center back Kat Williamson.

Williamson is currently sidelined after having surgery on the meniscus in her right knee after sustaining an injury in a draw with FC Kansas City on April 23. Williamson was reported to have been out for 4-6 weeks, although the Thorns didn’t make a formal announcement. Parsons confirmed the timeline on Wednesday, but he did offer caution.

“It’s realistic to say five weeks,” Parsons said Wednesday, a few days after Williamson’s surgery. “There’s no way we can rush it.”

Sending my love&support to the east coast this weekend!Surgery was a success &I'm on the road to recovery-thank you all for the well wishes!

Katherine Reynolds stepped into a starting role last Sunday in a 1-0 win over the Boston Breakers, but the roster is about to thin out more in defense. Rookie and No. 1 overall draft pick Emily Sonnett is growing in her role with the team, but she will soon miss time to be with the U.S. national team as it continues to prepare for the Rio 2016 Olympics. Meghan Klingenberg will also depart for U.S. national team duty, meaning rookie McKenzie Berryhill could be forced into a more prominent role later in May.

[LAULETTA: The good and bad of all 10 teams through three weeks]

Williamson was a bright spot in the Thorns’ opening-day victory over the Orlando Pride and she has been playing her way into the conversation as one of the better center backs in the NWSL, this being her fourth season.

“It’s a shame to lose anyone, especially someone that is so important on and off the field,” Parsons said.

Although five weeks is on the table as a timeline, Parsons spoke on Wednesday about getting Williamson back “safely,” saying it would be a “big bonus” to have her back prior to the Olympic preparation period.

Parsons said goalkeeper Michelle Betos is recovering from an upper-body injury sustained in that same April 23 match against FC Kansas City. Betos is close to being healthy again, Parsons said, adding that withholding her from playing against Boston was precautionary.

“We feel that we can get her back to being 100 percent soon,” he said.

“I’m not going to beat around the bush. I’ve got two very good goalkeepers.”

The Thorns are on the road for a third straight week on Saturday when they visit the 3-0-0 Washington Spirit in a battle of the NWSL’s only two unbeaten teams. Parsons says he thinks his team should be perfect now, too, referring to a “magic chart” he keeps – privately – with the number of points he expects to have at certain benchmarks in the season.

“I think we are behind. We could have won in Kansas,” he said.

For now, though, it’s about grinding out points on the road early in the season; it isn’t about playing beautiful soccer – yet.

“We need to do what it takes to get points,” Parsons said. “This is not the period or the time where we are trying to showcase what the Portland Thorns identity will be.”