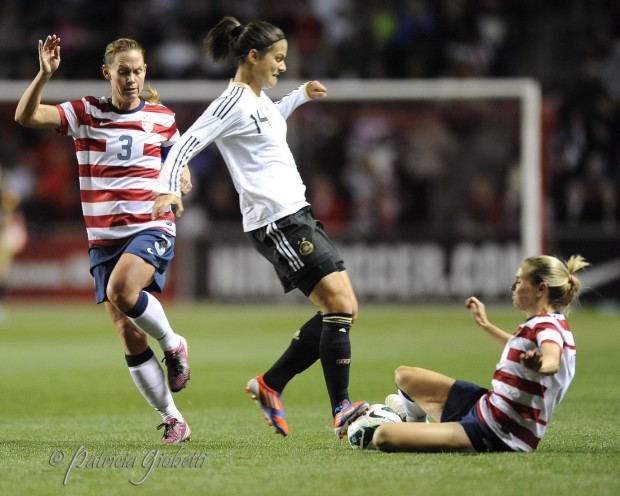 Marozsán, who will leave her club FFC Frankfurt after six years, is one of Europe’s most coveted players, having won the UEFA Women’s Champions League with her club in 2015, and the European Championships with Germany in 2013.

At just 24, Marozsán has her best years ahead of her, and while she plays a more attacking role, will soften the blow felt by the French club in losing Amandine Henry, who will join the Portland Thorns this summer at the end of her contract.

Voted third for the 2015 UEFA Best Player in Europe Award and with 44 goals in 59 appearances for her country, the German international will add attacking quality to a team that already contains the likes of Louisa Necib, Ada Hegerberg and Eugénie Le Sommer.

On joining the 13 time French league champions, Marozsán said: “I am very proud to get involved with the most professional team in Europe and I’m excited to be part of next season. But it’s also important for me to thank FFC Frankfurt for the past six wonderful years; I will never forget that period of my life.

“My ambition is to help Olympique Lyonnais meet its goals in the Championship, French Cup and of course in the Champions League. This will require a lot of effort to achieve these results, but I am willing to work very hard as a player and a member of this team. “

The Lowdown: Pros, cons for all through Week 3
Abby Wambach signs multi-platform deal with ESPN