Breakers lose at home to Thorns off late goal 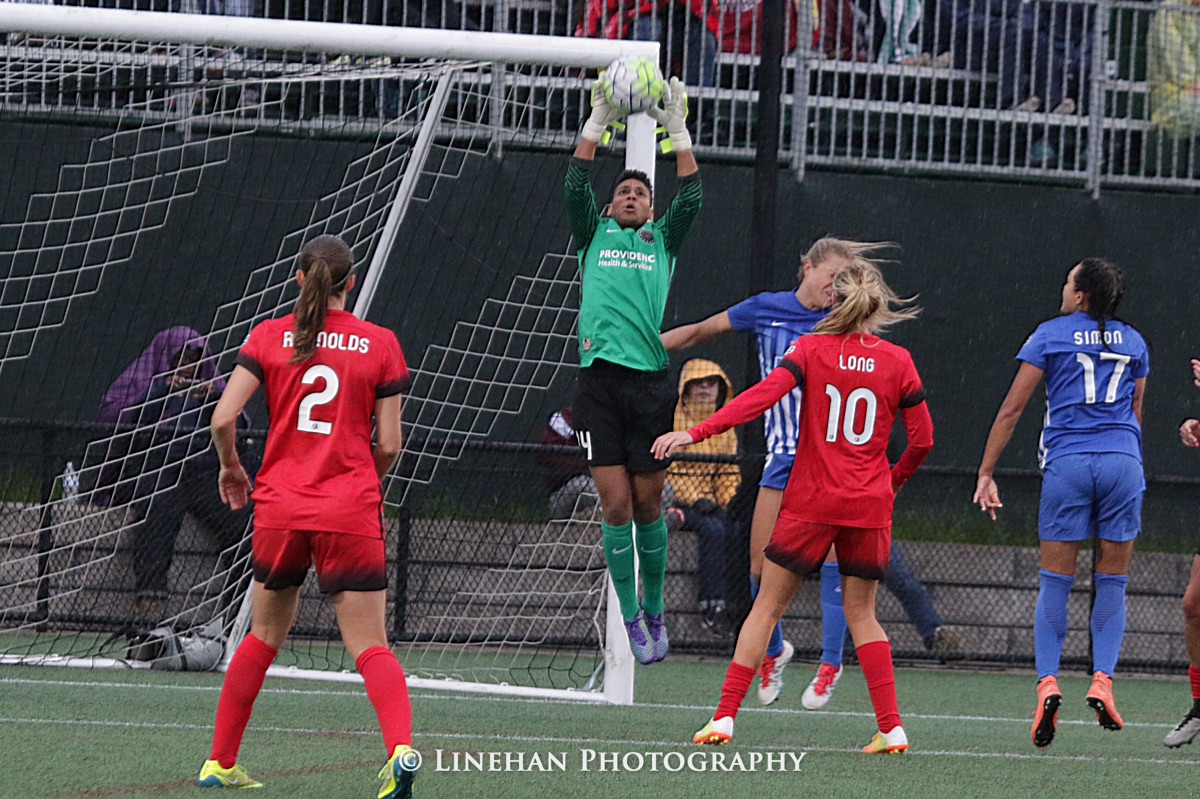 The Portland Thorns secured a 1-0 win over the Boston Breakers at Jordan Field on a cold, rainy Boston afternoon.

With temperatures in the 50s, the offenses struggled to heat up in the first half.

Both teams had little action going forward in the opening minutes. Boston found some success as Stephanie McCaffrey sent a few crosses into the box from the left flank, but her Breakers teammates could not get on the end of the services.

The Thorns enjoyed a spell of control midway through the first half as they were able to pin Boston in their own half. However, Boston goalkeeper Abby Smith repeatedly thwarted Portland’s attacks, including saving a Tobin Heath shot and intercepting multiple Meghan Klingenberg crosses.

Smith had a strong game in the first professional start of her career. The University of Texas product replaced Libby Stout, who was out of the lineup due to injury. The Thorns also had a change at goalkeeper. A late lineup switch saw Adrianna Franch make the start in place of Michelle Betos.

In the second half, both teams were able to gain more traction in the final third.

On Boston’s first corner of the game early in the second half, a loose ball at the top of the box came to McCaffrey who sent a left-footed shot off the crossbar and out of the play.

It was not until the 79th minute that either team found the back of the net as Portland’s Dagny Brynjarsdottir was able to head in a Heath free kick.

There was some short-lived controversy as it appeared Klingenberg was fouled in the box, but the referee gave the Thorns a free kick rather than a penalty. In the end, it did not matter as Heath’s picture-perfect service was headed home by Brynjarsdottir. Heath now has four assists on the season, leading the NWSL.

Boston remains at the bottom of the table with 0 points. The Breakers have not scored a goal yet this season. Portland has seven points, earning its second victory of the season.

Both teams are in action next Saturday, May 7. Boston will face Chicago at home while Portland will play the Spirit on the road.