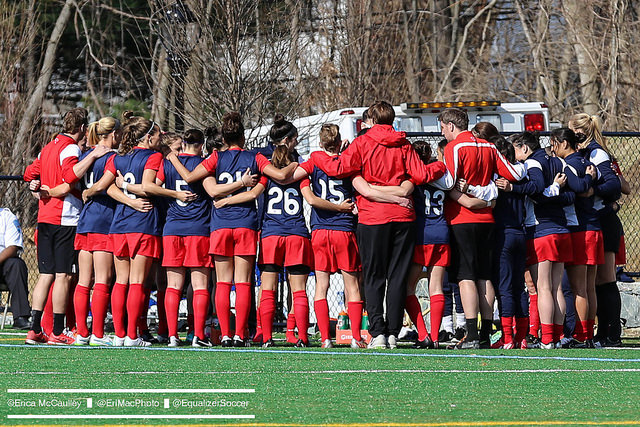 The Washington Spirit played spoiler at Sahlen’s Stadium on Friday night, as they came away with a 3-0 win over the Western New York Flash.

The Spirit opened the scoring just four minutes into the match — their first buildup of the game — when a great pass from Crystal Dunn was misplayed by Flash defender Elizabeth Eddy and fell to Diana Matheson, who took full advantage of the opportunity and buried her shot.

The Flash had a chance to equalize in the 49th minute, when they were awarded a penalty kick after second half sub Adriana Leon was fouled in the box by Megan Oyster. Sam Mewis stepped up to the spot, but her shot hit the post.

The Spirit added two more in the second half. They were awarded a penalty kick of their own in the 71st minute, which Matheson buried for her second of the game. The Spirit’s third goal, credited as an own goal, came after a Christine Nairn free kick in the 81st minute was deflected into the goal by a Flash defender.

Both teams are back in action next Saturday, May 7. Western New York travels to New Jersey to play Sky Blue FC, while Washington are back at home and will play hosts to Portland Thorns FC.