Spirit hold off Sky Blue to go top of NWSL 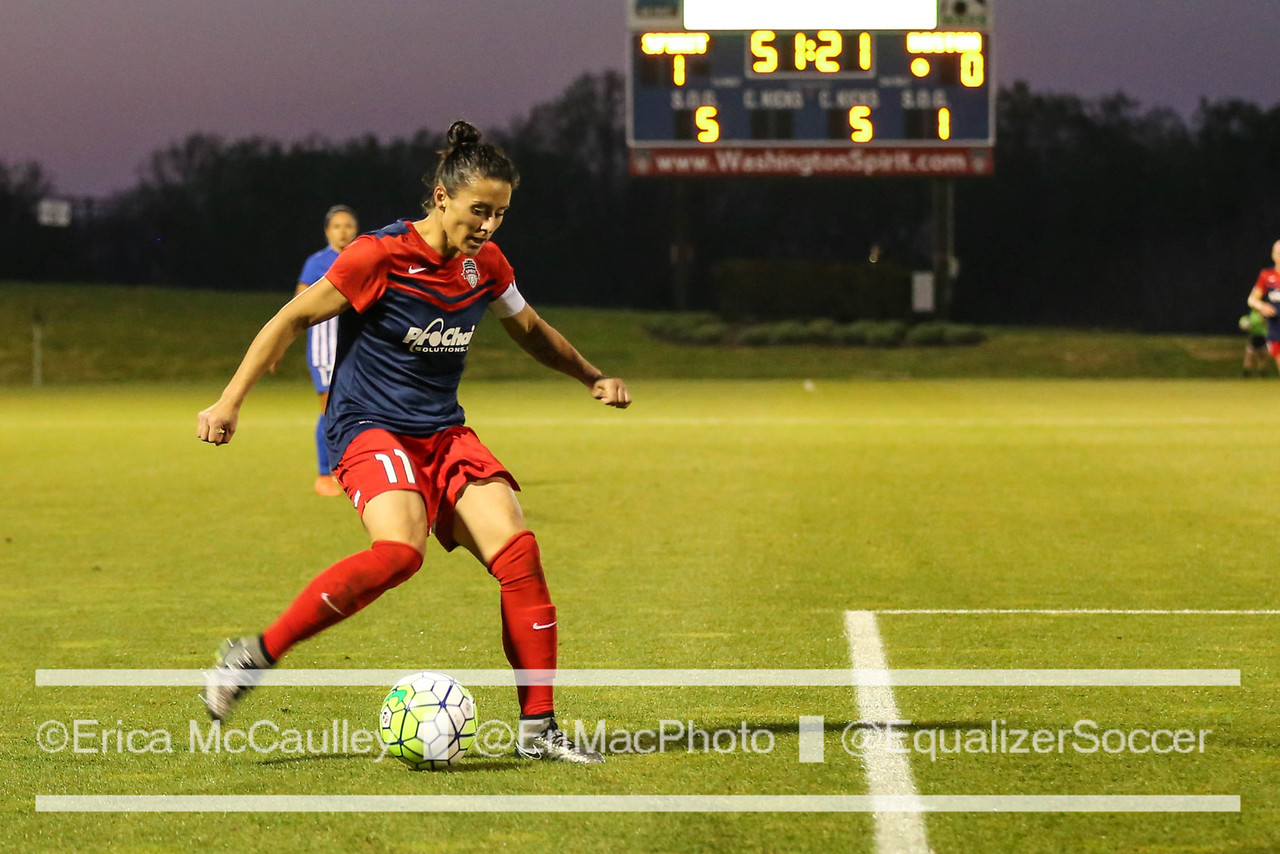 After an impressive and first-ever win by a visitor at Seattle last week Sky Blue lost its home-opener 1-2 versus the Washington Spirit. Goals from Ali Krieger and Diana Matheson were enough for 3 points on the road for the visitors.

Ali Krieger scored the first goal of the evening five minutes before halftime after a long diagonal pass from Tori Huster. What was seemingly an intended cross, ended up going over goalkeeper Caroline Casey and into the side netting of the goal.

Then in the 56th minute, Christine Nairn stole the ball from Sky Blue, and made a short pass to Crystal Dunn, who took off with it and played a through ball to a wide open Diana Matheson. With her first-touch, Matheson nutmegged Casey and it was 2-0 to the Spirit.

Sky Blue took one back in the 66th minute when Taylor Lytle played a ball into the box where Maya Hayes was able to score past an oncoming Stephanie Labbe.

Sky Blue had two opportunities to tie the game. First was Erin Simon in the 73rd minute when her cross bent towards the goal and went off the crossbar, and then in the last play of the match when Natasha Kai had a header on goal in stoppage time, but to no avail as Labbe was there to save it.

Next up, both teams will have games on April 29. Sky Blue will be away at Houston with kick-off scheduled for 7:30 pm CT, and the Spirit will be away at Western New York at 7:00 pm ET.